Almost nine months after a Missouri dairy was ordered to stop selling cheese made from raw milk, I share details of another hare-raising story from the Show-Me State: John Dollarhite and his wife Judy of tiny Nixa, Mo., have been told by the USDA that, by Monday, they must pay a fine exceeding $90,000. If they don’t pay that fine, they could face additional fines of almost $4 million. Why? Because they sold more than $500 worth of bunnies — $4,600 worth to be exact — in a single calendar year. 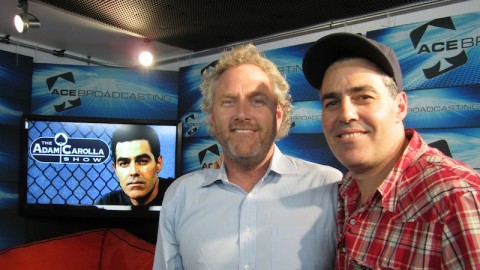 About six years ago, the Dollarhites wanted to teach their young teenage son responsibility and the value of the dollar. So they rescued a pair of rabbits — one male and one female — and those rabbits did what rabbits do; they reproduced. Before long, things were literally hopping on the three-acre homestead 30 miles south of Springfield, and Dollarvalue Rabbitry was launched as more of a hobby than a business.

“We’d sell ’em for 10 or 15 dollars a piece,” John said during a phone interview Tuesday afternoon, comparing the venture to a kid running a lemonade stand. In addition, they set up a web site and posted a “Rabbits for Sale” sign in their front yard. Most customers, however, came via word of mouth.

In the early stages, some of the bunnies were raised and sold for their meat. Much further down the road, John said, they determined it more profitable to sell live bunnies at four weeks old than to feed bunnies for 12 weeks and then sell them as meat.

“We started becoming the go-to people” for rabbits in the Springfield area, John said. “If you wanted a rabbit, you’d go to Dollarvalue Rabbitry.” He added that the family even made the local television news just before Easter in 2008 for a report about the care and feeding of “Easter bunnies.”

Initially, the Dollarhites sold the large, white, pink-eyed variety of rabbits. Eventually, however, they switched to selling a couple of different varieties of miniature rabbits, the mating pairs of which were purchased from breeders across the state. Not only did their “show-quality” miniatures reproduce well, but they ate less and seemed to be more popular with theme park visitors and retail buyers.

During the summer of 2009, the Dollarhites bought the rabbitry from their son who had grown tired of managing it. They paid him what he asked for it, $200. Things kept growing, however, and the Dollarhite’s landed a pair of big accounts in 2009.

A well-known Branson theme park, Silver Dollar City, asked the Dollarhites to have them provide four-week-old bunnies per week to their petting zoo May through September. When the bunnies turned six weeks old, they were sold to park visitors. The Springfield location of a national pet store chain, Petland, purchased rabbits from the Dollarhites as well.

In the fall of 2009, the theme park deliveries ended for the year and the Dollarhites scaled back their operation. At about the same time, the folks at Petland asked the Dollarhites to raise guinea pigs that the store would purchase from them. No big deal.

By the year’s end, the Dollarhites had moved approximately 440 rabbits and grossed about $4,600 for a profit of approximately $200 — enough, John said, to provide the family “pocket money” to do things such as eat out at Red Lobster once in a while. That was better than the loss they experienced in 2008.

Then some unexpected matters began demanding their attention.

It’s an understatement to describe the Dollarhites as being “beyond surprised” when, in the fall of 2009, a female inspector from the U.S. Department of Agriculture showed up at the front door of the family home, wanting to do a “spot inspection” of their rabbitry. She said she had come across Dollarhite Rabbitry invoices while inspecting the petting zoo at Silver Dollar City.

“She did not tell us that we were in violation of any laws, rules, anything whatsoever,” John said, explaining that the inspector said she just wanted to see what type of operation they had. Having nothing to hide or any reason to fear they were doing anything wrong, the Dollarhites allowed the inspection to proceed.

John said he had to go to work at the family’s computer store, so Judy took the inspector to the back of their property where the rabbits were raised. There, the inspector began running the width of her finger across the cage and told the Dollarhites they would need to replace the cage, because it was a quarter-inch too small and, therefore, did not meet federal regulations.

Such a requirement came as a shock to the Dollarhites, because they had just invested in new cages to ensure the bunnies had a healthy amount of space to develop, John explained. Though raising dwarf breed varieties of rabbits which require less space, they had opted to purchase cages designed for “large breed rabbits” so the dwarfs would have plenty of room. All for naught.

Not only was the cage too small, according to the inspector, but she noted a small rust spot on a feeder and cited it as being out of compliance. When the Dollarhites told the inspector that rabbit urine causes the cages to rust and that they worked hard to keep the rabbits cages in top shape, she told them it didn’t matter. The rust spot would count as an infraction.

The inspector then asked how the cages were sanitized, John said, and Judy explained how she moved the bunnies to travel carriers and powerwashed the cages, using bleach when necessary. Afterward, she allowed the cages to dry in the sun before putting the bunnies back inside them.

The Dollarhites’ practice was much safer than that used by some breeders who used blow torches to burn hair and manure from the cages — a practice that can lead to rusting metal and produce toxic fumes from burning metal.

During the course of the spot inspection, John said, the inspector asked his wife if she and John would like to have their operation certified by USDA. Judy said she wasn’t sure and asked what certification would entail and if it would help them sell more rabbits. The inspector responded, telling her it would involve monthly inspections and was completely voluntary. The inspection ended with the inspector telling Judy that the Dollarhites rabbits looked healthy and well-cared for.

After the inspection, the Dollarhites didn’t hear from the USDA again until January 2010, John said, when he received a phone call from a Kansas City-based investigator from the USDA’s Animal and Plant Health Inspection Service.

“He called us and said, ‘I need to have a meeting with you and your wife,'” John recalled.

“He said, ‘Well, it’s because you’re selling rabbits and you’ve exceeded more than $500 dollars in a year,’” John said, “and I went, ‘Okay, what does that have to do with anything?'”

John said the investigator refused to discuss details over the phone and made it clear that rejecting his request for a meeting would be a costly error in judgment.

When Judy asked if they should have an attorney present, the investigator responded, saying, “Well, that might be a good thing.”

“At that point, we kind of set back, (wondering) what in the world is going on,” John said. Then he found an attorney who is also a farmer.

“I didn’t want a ‘city slicker,'” said John, a farmer himself until 1996 when he sold his farm to build a home in Nixa. “I wanted someone that had been around the agriculture and farm business.”

John found a guy and they met for the first time a couple of days later — at the same time both met the APHIS investigator in person at John’s home.

“The first thing (the investigator) said was ‘My name is so and so, I’ve been in the USDA for 30-plus years, and I’ve never lost a case,'” John recalled, continuing. “He said, ‘I’m not here to debate the law, interpret the law or discuss the law, I’m here just to do an investigation.'”

John said the investigator went on to explain that he would ask questions, write a report based on the answers and send that report to his superiors at the USDA regional office in Colorado Springs, Colo. The entire process was suppose to take about a month, and John was told to contact the regional office if he had not heard anything in six weeks.

“At this point in time, we were still not knowing anything about the law he was talking about,” John explained, adding that his rabbitry had never had any issues with any animal welfare agencies.

Eight weeks passed, and John decided to call Colorado Springs. Immediately, he was given the number to a USDA office in the nation’s capitol. He called the new number, and the lady he reached there was blunt, John said.

“She said, ‘Well, Mr. Dollarhite, I’ve got the report on my desk, and I’m just gonna tell you that, once I review it, it’s our intent to prosecute you to the maximum that we can’ and that ‘we will make an example out of you.”

When John once again tried to determine which law he and his wife had violated, he said the USDA lady replied, “We’ll forward you everything.”

“Ma’am, what law have we broken,” John said.

“Well, you sold more than $500 worth of rabbits in one calendar year,” she replied, according to John.

“Okay, what does that have to do with anything?” John countered.

The lady replied by saying there is a guideline which prohibits anyone from selling more than $500 worth of rabbits per year, John recalled, but she refused to cite any specific law and, instead, promised to send him the report containing details.

At that point, John said he called his attorney and was told not to worry about it, because he couldn’t find evidence of any law or regulation the Dollarhites had violated.

Soon after the meeting with the APHIS investigator and with the stress of the investigation hanging over their heads, John said he and his wife traded everything associated with the rabbit operation for other agricultural equipment.

At this point, some important facts about the manner in which the Dollarhites conducted their operation are worth reviewing:

The business was carefully conducted on the property of their Missouri home;

The business complied with all applicable state laws;

The bunnies were kept in large, clean and well-maintained cages; and

Not a single bunny was sold across state lines.

Recently, the Dollarhites received a “Certified Mail Return Receipt” letter (dated April 19, 2011) from the USDA informing them that they had broken the law and must pay USDA a fine of $90,643. Their crime? Violating violating 9 C.F.R. 2.1 (a) (1): Selling more than $500 worth of rabbits in a calendar year.

At this point, Dollarvalue Rabbitry is expected to produced a $90,643 certified check to cover the fine issued by the Department of Agriculture. The USDA was, however, kind enough to provide in the letter the web address for a website — www.pay.gov — where they could go to pay their fine by credit card by May 23, 2011. Now, that’s convenient!

Based on an average price per rabbit sold being $10.45, the fine comes out to more than $206 per rabbit. In addition, the letter contains the following statement:

APHIS laws and regulations provide for administrative and criminal penalties to enforce these regulatory requirements, including civil penalties of up to $10,000 for each of the violations documented in our investigation.

If the threat contained in the letter is to be believed, the family could be fined as much as $10,000 per rabbit beyond the first 50 bunnies that netted the family its first $500. Do the math (390 rabbits x $10,000 each) and, if they don’t pay the initial fine, they could face additional fines totaling $3.9 million.

Needless to say, the Dollarhites stopped selling rabbits in January 2010 and are considering setting up a legal defense fund.

To see what the USDA has to say about the matter, read my follow-up post, USDA Stands Behind Hare-Raising Fine.