He doesn’t really stand out in a crowd – in fact, he looks like a regular guy, the kind of guy who would own a construction business. What Gary Johnson doesn’t look like is the great green hope, the stoner white knight coming to make America safe for the herbally inclined. Yet legalizing pot seems to be about 80% of what everyone thinks of when the former New Mexico governor’s name comes up. That’s too bad, in that a good chunk of what he says – the best thought-out parts – are the reddest of red meat for the kind of Republicans who wouldn’t know a bong from a bongo drum. 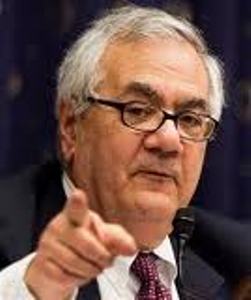 The crowd, initially polite but reserved, leans in, rapt – it likes what it hears. And there’s more. Now he’s doling out big slabs of GOP prime beef, hot and fresh from the grill. He moves on to the Johnson Plan for cutting the deficit that makes up 43% of the federal budget , which is essentially employing the simple expedient of cutting the federal budget by 43% tomorrow. Mainstream Republican candidates take note – these are California conservatives, which pretty much means borderline Marxists compared to our Midwestern and Southern allies, and they ate it up. There’s a huge appetite out there in conservative-land for a guy who will not only talk about shuttering the Departments of Education and Commerce but has a crazy glint in his eyes that say he’s just nuts enough to actually do it.

And he would too – Johnson is clearly absolutely dedicated to doing what he thinks is right.

He has the iron will of a guy who has climbed Everest and runs ironman triathlons. This is his great strength, and this is also the reason he will not be elected president. For example, it’s clear that Johnson believes, truly and completely, in his pro-drug legalization stance – though he looks like a guy who’s so square who doesn’t know which end of the pot pipe to puff on. And he effectively presents the libertarian case for it – the crime, the incarceration rate, the civil liberties considerations.

The great thing about true believers is that they hang tough to make big changes – if Gary Johnson says “Read my lips, no new taxes,” he’s never raising taxes. But, demonstrating the problematic flipside of a true believer, he is incapable of taking seriously opposing arguments since the answer is already so darn clear to him. The big objection to legalizing pot by most people is that they really don’t want to live in a society full of baked Cheech and Chongs stumbling around puffing joints, feeding their munchies and listening to Cypress Hill. Johnson proposes a governmental “harm reduction” strategy, but it’s unclear why the present punitive system is any less expensive or intrusive than some sort of nanny state initiative to take our money to ameliorate the consequences of the lifestyle choices of a bunch of potheads. Given the choice, most of us would rather pay for them to sit on their lazy asses in jail than pay for them to sit on their couches giggling at reruns of Three’s Company.

Some of his other positions are likewise incompletely thought-through. He wants to cut the military budget by 43%, but he is unclear on the defense strategy he would pursue as commander-in-chief. The military is not like the freeloader-subsidizing entitlements that are killing the country – you need to figure out what must be done and then pay for it, not vice versa. It’s unclear whether he is a full-tilt, bring everybody home isolationist. He says we should pull out of Iraq (already underway) and Afghanistan, but he also says we should honor commitments to allies. The Afghans we’d be abandoning might well wonder why, as allies actually fighting and dying next to Americans right now, they would get treated worse by a President Johnson than “allies” like the South Koreans who have been happy to let us defend their prosperous nation from their psycho northern brothers for the last half century yet couldn’t be bothered to actually fight beside us when 3000 Americans got murdered.

Johnson also says he is against foreign aid and rails against “nation-building,” claiming it is a waste of money and that it doesn’t work. I actually spent a year doing it in uniform, and I respectfully disagree (Johnson did not serve in the military, though he is pro-soldier.) You take foreign aid and other types of “soft power” activities off the table because of ideological objections and that leaves brute force as your only tool. If I can build a school and win over a town, I’d rather do that then lose a dozen Americans before capturing it. Oddly, his own website disagrees with him too – it states that “America can use ‘soft power’ as effectively as ‘hard power’ to further our foreign policy goals.”

His immigration policy is a vast muddle that would make the most liberal open borders Azatlan activist proud. He is against effectively securing the border, and against deporting illegals who are here, and seems pretty happy with the notion of simply letting them stay. This one really got the Californians going – pot is one thing, but you start talking illegals among California Republicans and the fur flies. Johnson simply displayed no understanding of the impact on daily life among Californians of illegal immigration, and failed to recognize how illegal immigration is helping bring the state government to the edge of collapse. He dismissed the concerns with a discussion of how companies would somehow manage some sort of work visa program. That’s wonderful – now, Governor, how are you going to keep me from having to pay out the wazoo for illegals getting subsidized emergency room visits every time they get the sniffles? No answer.

Can Gary Johnson do it? Sure, he’s got Willie Nelson’s vote, but I have a feeling Willie would vote for anybody promising to keep out from between him and his stash. How about real, unstoned Republicans? The fact is that – as one conservative put it – Gary Johnson is half awesome and half crazy. The same uncompromising attitude that makes his awesome ideas awesome also makes his not-so-awesome ideas unbearable. Combined with a weak campaign infrastructure – he had a chance to comment for this post but his press people did not try to – Gary Johnson will likely travel the rubber chicken circuit until he fades away after the first couple primaries.

But that doesn’t mean he should stop. He shouldn’t. The campaign needs him. He’s a good guy with some good ideas, and if it was a choice between a hemp-friendly Gary Johnson and four more years of the Karl Marx fan club, well, it’s time to inhale. Where he’s solid, Johnson will force the more mainstream, compromise-friendly GOP candidates to dig in on issues like truly cutting spending and shrinking the role of government. And as for the wacky stuff . . . well, that’s just smoke.