I realize that pointing out a ridiculous stimulus expenditure is so 2009. Still, I can’t help but mention one overlooked, but completely outrageous, stimulus scheme.

You, as an American taxpayer, paid for a teenage kid to wrestle alligators. 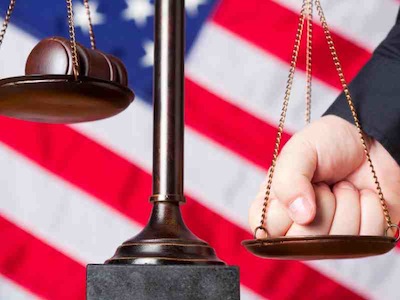 The Miccosukee Corporation, the business arm of the Miccosukee Indian Tribe, pocketed a $20,785 stimulus handout to subsidize a summer youth employment program. The program hired five kids to perform jobs including cashier, handyman and alligator wrestler at the Tribe’s Miccosukee Indian Village.

While the Miccosukee Tribe gets most of its money from…wait for it…gambling, the Indian Village is another method the Tribe uses to extract money from dopey tourists. The Indian Village features a shabby museum, the occasional sewing display and, of course, an overpriced gift shop with some of the finest Native American souvenirs ever produced in China. But the village’s real draw, as it were, is an alligator wrestling show.

During the show, performers – like the kid whose paycheck was subsidized by taxpayers – poke an alligator with a stick to piss it off, then drag it around by the tail, smack it on the nose and stuff various body parts in the gator’s mouth.

Needless to say, it doesn’t always end well. In 2009, a Miccosukee alligator wrestler was airlifted to a hospital after a gator clamped down on the man’s forearm, taking a hunk of flesh with it. A decade earlier at the Indian Village, the son of the former chairman of the Miccosukee Tribe nearly died when a gator gnawed on his head for half a minute.^

I’m sure that some goofy hippie will try to justify this waste of tax dollars by arguing that gator wrestling is a beautiful tradition and an art form that must be saved. That’s just silly. Alligator wrestling isn’t a fading craft like beadwork or pottery.* It was developed as a last-ditch effort to feed starving Everglades-area Native Americans before the invention of more advance techniques of alligator hunting and meat preservation.

Nowadays the Miccosukee Tribe doesn’t hunt alligators to stay alive. They eat Pop-Tarts and those amazing spicy Chick-Fil-A sandwiches like everyone else. The only reason they wrestle alligators is to get mouth breathing tourists to hand over a few bucks.

As long as tourists are willing to pay to watch it, folks should be able to wrestle alligators. After all, it probably beats cleaning the floors at a peep show, being a drug mule or teaching 7th graders. If people want to wrestle gators, however, it shouldn’t be at the expense of taxpayers.

The Tribe’s gator wrestling show is a private enterprise and it should succeed or fail based on the willingness of consumers to pay for it, rather than relying on subsidies from American taxpayers to keep the doors open. Plus, it shouldn’t be on the conscience of taxpayers if an alligator decides to eat a Miccosukee employee for lunch.

As with most stimulus projects, federal projections wildly exaggerated the projected number of jobs that would be created by the $20,785 giveaway to the Indian Village.

Initially, federal stimulus reports claimed the handout would create 34 jobs. The final report for the project lowered that number by more than 2,600% – to a measly 1.3 jobs (representing the five part-time summer jobs the program helped to subsidize).

It remains a mystery as to how the federal government thought they could “create” 34 jobs with this $20,785 boondoggle. It is also unknown as to why the bureaucrats who intentionally inflated the stimulus’ projected job creation estimates so that the Miccosukee Indian Village could snag federal funding weren’t tossed out on the streets…or into the alligator pit.

^The most recent fatal alligator attack in the U.S. occurred on Miccosukee property, but not during an alligator wrestling exhibit. In one of the more immediate examples of karmic retribution in recent memory, an idiot jumped into an alligator-infested pond in an attempt to elude police after being spotted burglarizing a car in the Tribe’s casino parking lot. The crook was thoroughly enjoyed by a 9-foot gator.

*Alligator wrestling is actually a science, not an art. Much like walking on coals or lying on a bed of nails, knowledge of science allows performers to impress the ignorant. If you want to be an alligator wrestler, you need to know three things: 1) Alligators pass out when flipped on their backs, but it looks like they’re peacefully napping. 2) An alligator can’t see anything below the top of their nose, so keep your hand low when approaching a gator’s mouth. 3) Don’t drip even a single drop of sweat into a gators mouth, since alligators will instantly chomp down if they taste sweat or blood. (The Taxpayers Protection Alliance takes no responsibility and assumes no liability if you are stupid enough to stick your head in an alligator’s mouth)