Last month, Big Government reported that Occupy Wall Street activists were using “human shields”–veterans, women, the young, the old, and the disabled–in the hope of provoking police to use force against them and winning the “battle over images.”

That initial report focused on the use of veterans and disabled protestors. This week’s Occupy protests provided more evidence–specifically involving the use of the young and the elderly.

In Portland yesterday, this Occupy activist put an infant between himself and police on the front lines as he shouted at officers:

In Seattle on Nov. 15, an elderly woman was pepper-sprayed in clashes between Occupy activists and police. Whether provoked or accidental, the incident created the hoped-for sensational image: 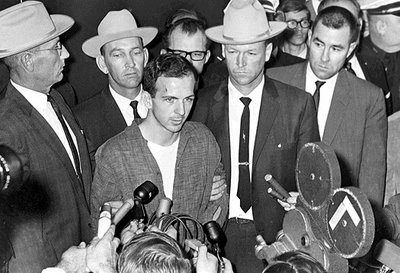 The “terrorist” label was driven home on Nov. 14 when three men claiming to be Occupy Portland protestors were arrested carrying glass-shrapnel bombs.

And yet Democrats, such as Rep. Jan Schakowsky (D-IL), continue to support the Occupy movement, believing that it has shifted the terms of debate away from deficit reduction, and towards inequality:

Despite the best efforts of the media to disentangle the Democratic Party from the Occupy movement, they remain inextricably linked.