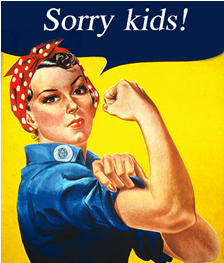 Among Rep. Bachus’s list of experts were Indiana University Professor Donna Nagy, Jack Maskell of the Congressional Research Service and Robert Walker, who formerly served as a lawyer on the House Ethics Committee. All three argued that current laws are fine as written. However, when Enforcement Division Director of the Securities and Exchange Commission Robert Khuzami was asked whether the SEC had ever brought action against any member of Congress or congressional staffers for insider trading, Mr. Khuzami confessed that if they had he wasn’t aware of it.

Rep. Bachus’s shell game is hardly a surprise. In the wake of the 60 Minutes investigation and my book’s revelations about Rep. Bachus’s 40 stock options trades during the 2008 financial crisis, he is desperately trying to reposition himself as a reformer, going so far as to now announce a plan to have members of Congress establish blind trusts. That is great as window dressing, but why not give the American people a clear picture of what is actually going on in Washington?

For starters, instead of stacking the deck, Rep. Bachus should have had a panel of experts who hold diverse views. Why not call a witness like UCLA Law Professor Steve Bainbridge who, in addition to being an expert on insider trading laws, has sounded the alarm bells for years on the insufficiency of our current laws?

Moreover, why not have an honest discussion about the fact that the SEC has never pursued congressional insider trading cases? We know the answer. Congress approves the SEC budget every year. And remember what happened when the FBI investigated Rep. William Jefferson for taking bribes? Congress threatened to slash the FBI budget!

The American public has lost faith in our political leaders precisely because of the sort of ridiculous show that Rep. Bachus put on today.

Rather than explain how and why he has spent years enriching himself through his aggressive options trading, Rep. Spencer Bachus feigned victimhood and cast himself as just an Average Joe who likes to trade stocks. The Alabama congressman must have winced when Mr. Khuzami explained during his testimony that insider traders love trading options because they can leverage their position!

Still, despite Rep. Bachus’s attempt to whitewash the hearings, a few interesting facts managed to surface. For example, during Mr. Khuzami’s appearance he made the point that the current congressional disclosure system for stock trades is absurd: members of Congress make their disclosures on paper and do not submit them in electronic form. This means the SEC can’t even search the transactions by members of Congress for possible insider trading!

The best news to come out of today’s hearings was a proposal by freshman congressman Rep. Sean Duffy. It’s called the RESTRICT Act (H.R. 3550) [https://duffy.house.gov/press-release/rep-duffy-introduces-restrict-act ] and would require members of Congress to put their assets into a blind trust. According to the bill, if a legislator chose not to establish a blind trust, he or she would be required to disclose all their financial transactions within three business days. Rep. Duffy sees his bill as complementing, not competing with, the STOCK (Stop Trading On Congressional Knowledge) Act.

Yet even if the STOCK Act and RESTRICT (Restoring Ethical Standards, Transparency and Responsibility in Congressional Trading) Act pass, so-called friends and family of members of Congress would still be free to receive lucrative Initial Public Offering (IPO) deals that act as an indirect legal bribe. And neither bill would establish conflict of interest provisions for earmarks to ensure that members of Congress cannot use taxpayer money to increase the value of their real estate holdings.

The American people have not spoken precisely because hearings like the one Rep. Bachus held today haven’t let them. Rep. Spencer Bachus orchestrated a list of witnesses designed to protect his wealth and the wealth of his friends in Washington. Voters must keep the pressure on. And if the “Bachus as usual” antics continue, the American people must throw them all out.