This is the first installment of a multi-part series on suggested economic policies for the next government to consider. These are meant to be long-term solutions. Our current economic downturn is temporary and has some short-term causes but a large part of the explanation lies in the worldview and longer term thinking that governments of both parties have adopted, in small ways since maybe Abraham Lincoln but in significant ways since Franklin Roosevelt and in exaggerated extremes since Lyndon Johnson. The federal deficit, the mess we call a tax code and so forth were created over a long time and while the solutions can be implemented with greater haste it will take some time for the transition and full effects to be felt and the returns to be realized. The political class has seldom shown signs of long term thinking and the greater population seems less so, we can only pray and hope the message gets through. My first installment is on the tax code. 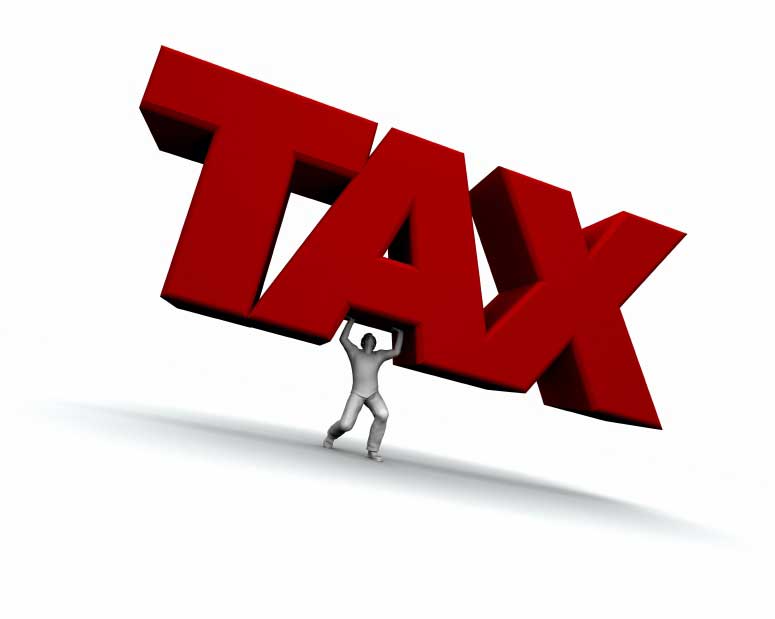 Axiom 1 of Taxation: Higher rates are counter-productive: They do not collect more revenues and provide incentives to engage in non-productive behavior.

Policy application of Axiom 1: Lower the top rate to increase revenue collected and reduce the incentives for unproductive defensive actions.

Axiom 2 of Taxation: Income is income; its source is irrelevant.

Policy application of Axiom 2: Eliminate the corporate tax and the different tax treatment for capital gains. All income should be taxed at the time it is realized and at the same rate.

Axiom 3 of Taxation: The tax code should not destroy the incentive or ability to save or to transfer wealth.

Policy application of Axiom 3: Eliminate taxation on the interest earned on savings accounts, certificate of deposit and other interest bearing bank accounts as well as the gift tax and inheritance tax.

Axiom 4 of Taxation: The tax code should be easy to understand and easy to comply with.

What is the purpose of taxation? As with any tool or power granted the government the power to tax is abused. The politicians have long ago lost focus of the purpose and use it primarily as a system to punish and reward based on political favoritism. Just the threat of a new tax brings out the lobbyists and donations to try to influence the outcome. The tax code is a very efficient way to transfer wealth from political enemies to political friends. However, in a liberal free market democracy, the purpose of taxation is to raise the revenue needed to fund the government with as little interference with the private sector’s efficient operation as possible

The system’s complexity is deliberate; to keep the people in fear and in line. More of the nation’s resources are used to comply with the tax code and fill out tax forms than are employed in most manufacturing industries. According to the statistics we spend more time doing our taxes then making cars. There is no moral or economic justification for a tax scheme that requires 6.1 billion man-hours a year to fill out tax forms. Besides politicians, tax accountants and tax attorney’s no one benefits from a complicated tax code and the amount of time we spend has a high opportunity costs, there are many things we could do with that time, we could spend 1 billion hours as a nation filling out tax forms and still have enough hours to double our car production. In addition to the massive waste, a complicated tax code provides many opportunities for graft, corruption, political favors and legal extortion.

The income tax is the best example of how this unnecessary complexity and uncertainty serves the connected at the expense of the less connected. Income tax rates have fluctuated much more than spending has. These charts show how rates have been highly variable while spending has been lumpy but within a much narrower range. This is because keeping the payers in the dark and uncertain is desirable while keeping the recipients pleased and happy is desirable. So, taxation rules are complex and ever changing while spending is steady and predictable. After all, the tax code is about transferring money from the unorganized and less aware to the organized and politically active. The cover story for all of this is to brag about taxing the rich, which really never happens since the rich can afford the talent to find loopholes. While rates have been all over the place, actual revenue collected has been pretty steady, which is necessary for predictable and steady spending. Since 1960, which includes times when the top marginal income tax rate has ranged from 90% to 28% the amount of revenue collected has been between 15% and 20% of GDP. Despite what some want us to believe, experience tells us that rates and revenues are only loosely correlated. As rates increase those with the most to lose take avoidance actions. If economic theory is unpersuasive then maybe the recent experience in Maryland is convincing, when the government passed a millionaire surtax and the number of millionaires fell by a third in one year.

The largest cost of high tax rates is all the investing and productive activities that could take place but does not as people seek to hide their income and resources to protect them from the taxman instead of investing and growing them. It is the jobs and businesses not created, the new products not brought to market and so forth. The tax money collected may seem like a cost and to the individual it is, but to society that is not lost, just transferred. To some of us that transfer is to a less efficient and less desirable uses but that is more of a judgment call then an economic conclusion. The real cost cannot be seen but is very real.

The same is can also be said of business related income. The United States has the second highest corporate tax of any developed nation. We hear about how poorly we fare against other countries in various ways but we seldom hear about our disadvantageous corporate tax code. People own corporations. Corporate income belongs to individuals. These people pay taxes on the income they earn and there is no economic basis for differing tax rates based on the source of that income. The corporation may not disburse that income but retain it for other purposes but eventually that income will be realized either as a dividend or as a capital gain and should be taxed once, at the individual’s tax rate when it is realized.

The perverted incentives in our tax code are very obvious in this area. Interest paid on debt by a corporation is a tax shield. Interest is paid pre-tax so it lowers the firm’s tax burden. However, income distributed as dividends is taxed twice. So assuming a 35% corporate tax rate and 28% individual tax rate, a dollar of interest saves the company 35 cents in taxes while the dollar in dividends gets taxed at 35% and then the dividend at 28% leaving 47 cents from the original dollar as income to the stockholder. The government should not have a claim on as much as half of all shareholder’s income.

My one aberration from my basic approach is how interest earned on savings should be treated. Axiom 2 states that income is income and all should taxed the same but for many people bank savings is their primary investment and it seems appropriate to give it tax-exempt status. This is the first source of capital for many new entrepreneurs and small businesses. We are a capitalist country, we run on capital and it needs to be available plus we want people to have a stake in the ownership and development of businesses and one way to address this is to make interest earned on savings accounts and certificate of deposits tax exempt. Not so long ago the interest we paid on credit cards was tax exempt and it spurred a consumer debt bonanza that very well may have helped create the ‘play now and pay later’ mentality that seems to permeate our society. It is time we seek to reward thrift and prudence. However, the capital in inheritances and gifts has been taxed already. The government claims the right to take up to half of this money just because someone wants to give it to another. There is certainly no moral justification for this policy, it is rooted in greed and envy and results in people undertaking a number of non-productive protective actions to keep the government away. We need that money in its most productive use, not threading its way through a labyrinth of loopholes avoiding the IRS.

The current tax code is about rewards and punishment, taxing the dispersed masses to reward the politically active. It needs to stop. The code is just another way politicians shakedown donors for contributions as well. If we are serious about economic growth and transparent government, we must simplify the code, reduce rates and quit using the tax code as political weapon.

Can we get back to this?