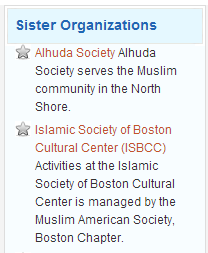 The Imam of Islamic Society of Boston Cultural Center is Imam Suhaib Webb. Imam Webb was notified by Massachusetts Governor Deval Patrick that he would not be involved in the Boston Marathon Memorial Service. He was subsequently replaced by Imam Nasser Wedaddy.  Wedaddy is the director of civil rights outreach for the American Islamic Society and the New England Interfaith Council.

No reason was given for the replacement.

@ibnfaqih No idea. I was informed last night at 9pm that he was replacing me? lets focus on the service.