The human rights advocacy group the American Freedom Defense Initiative (AFDI) has announced a new billboard campaign to defend freedom of speech and stand up to violent intimidation.

AFDI President Pamela Geller said in a statement: “Because the media and the cultural and political elites continue to self-enforce the Sharia without the consent of the American people by refusing to show any depictions of Muhammad or showing what it was in Texas that had jihadists opening fire, we are running a billboard ad featuring the winning cartoon by former Muslim Bosch Fawstin from our Muhammad Art Exhibit and Cartoon Contest in Garland, Texas.” 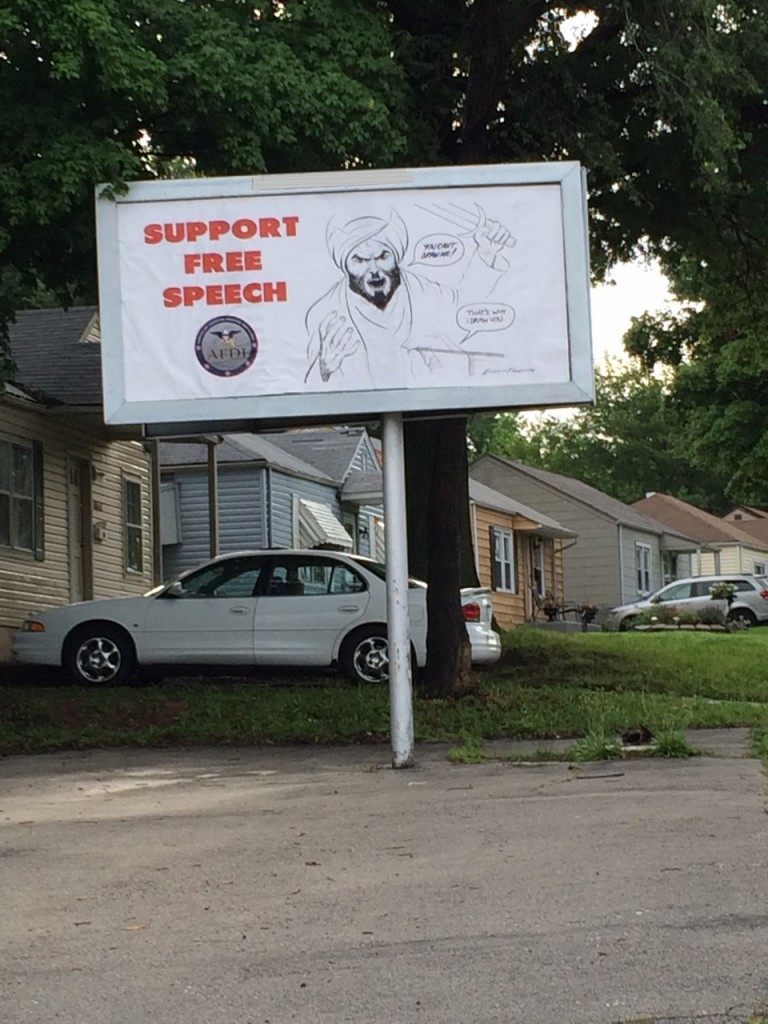 The new free speech campaign went up on 100 billboards today in St. Louis.

Geller explained: “Drawing Muhammad is not illegal under American law, but only under Islamic law. Violence that arises over the cartoons is solely the responsibility of the Islamic jihadists who perpetrate it. Either America will stand now against attempts to suppress the freedom of speech by violence, or will submit and give the violent the signal that we can be silenced by threats and murder.”

“Speech that is offensive to some must not be curtailed, but protected (i.e., the Mohammed cartoons). Freedom of speech is the foundation of a free society. Without it, a tyrant can wreak havoc unopposed, while his opponents are silenced. If speech that offends a group is outlawed, that group has absolute power, and a free society is destroyed. A group that cannot be criticized cannot be opposed. It can work its will no matter what it is, and no one will be able to say anything to stop it.” 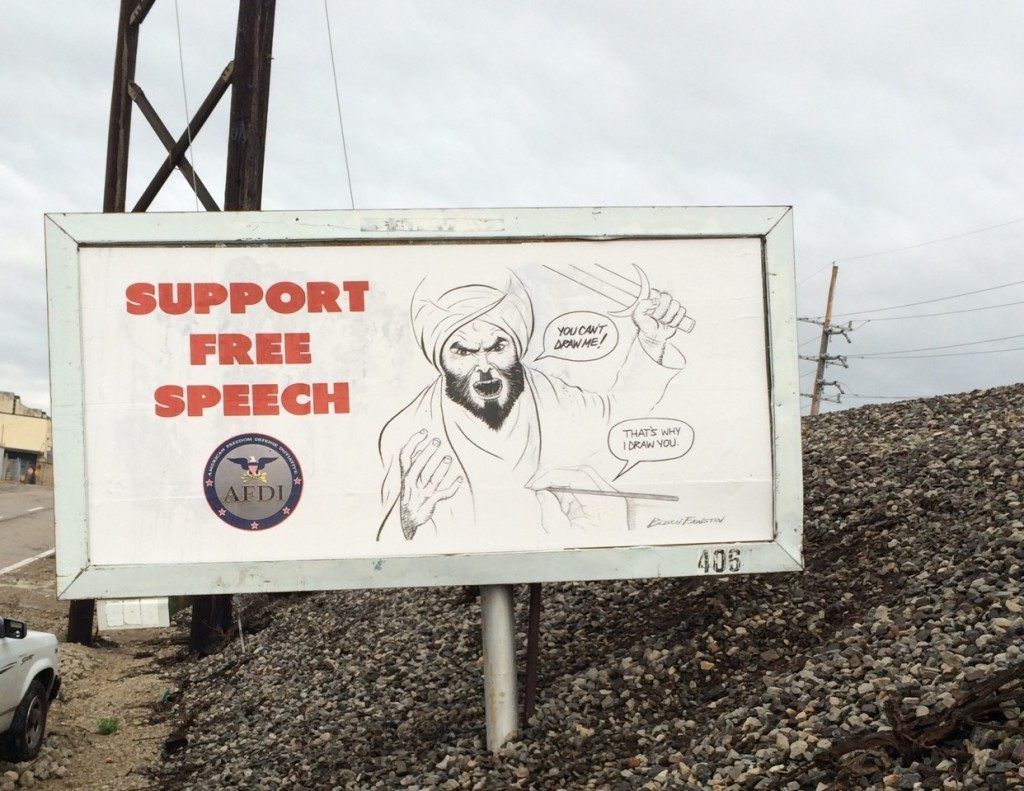 Geller added: “There is nothing about this cartoon that incites violence. It is within the established American tradition of satire. If America surrenders on this point, the freedom of speech is a relic of history.”

AFDI Vice President Robert Spencer stated: “Many people on both the Left and the Right are saying that we should do nothing to provoke Islamic fundamentalism. The immediate answer would seem to be that we should do nothing to provoke violent jihadis, that the prudent thing to do would be to avoid doing things that anger them. But if we did that, they would not they stop coming at us. Last September, an Islamic State spokesman boasted: ‘We will conquer your Rome, break your crosses, and enslave your women, by the permission of Allah, the Exalted. This is His promise to us; He is glorified and He does not fail in His promise. If we do not reach that time, then our children and grandchildren will reach it, and they will sell your sons as slaves at the slave market.’ 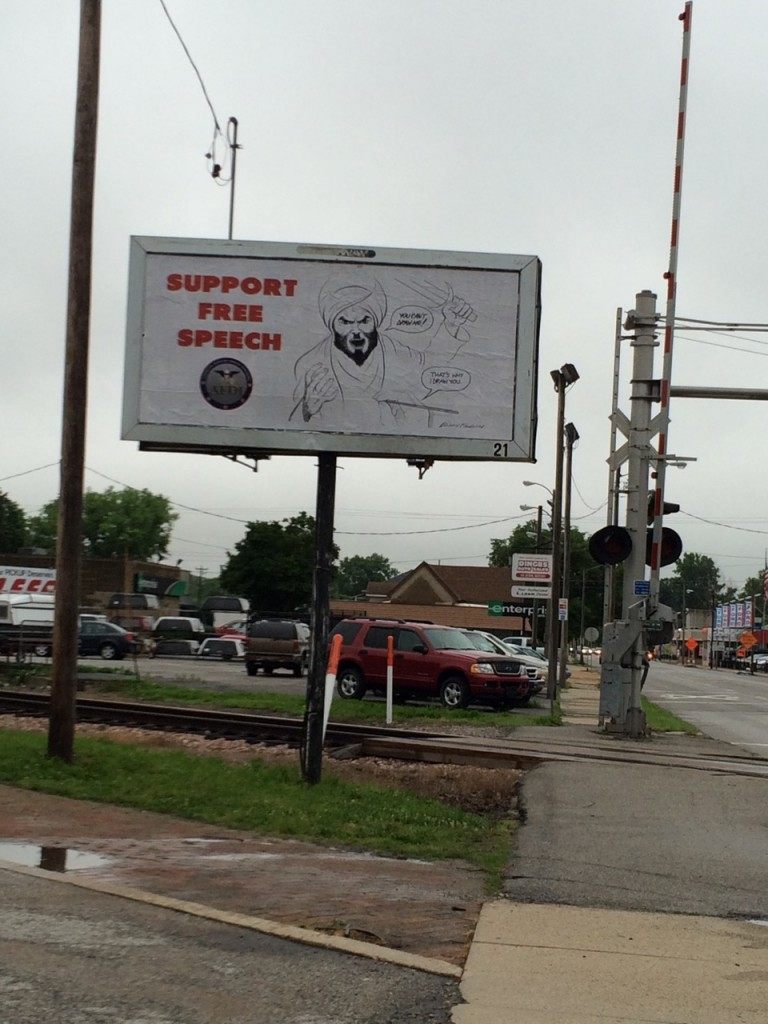 In light of that, what is the point of asking whether or not we should provoke them? They’re already provoked. A more useful question now is whether it is really productive and helpful to signal to them that we will acquiesce to their threats of violence and change our behavior accordingly, or whether we will instead signal to them that their violent threats are not going to frighten us into submission.”

The ads have been submitted to run on billboards in the St. Louis area. The next city will be going up tomorrow. 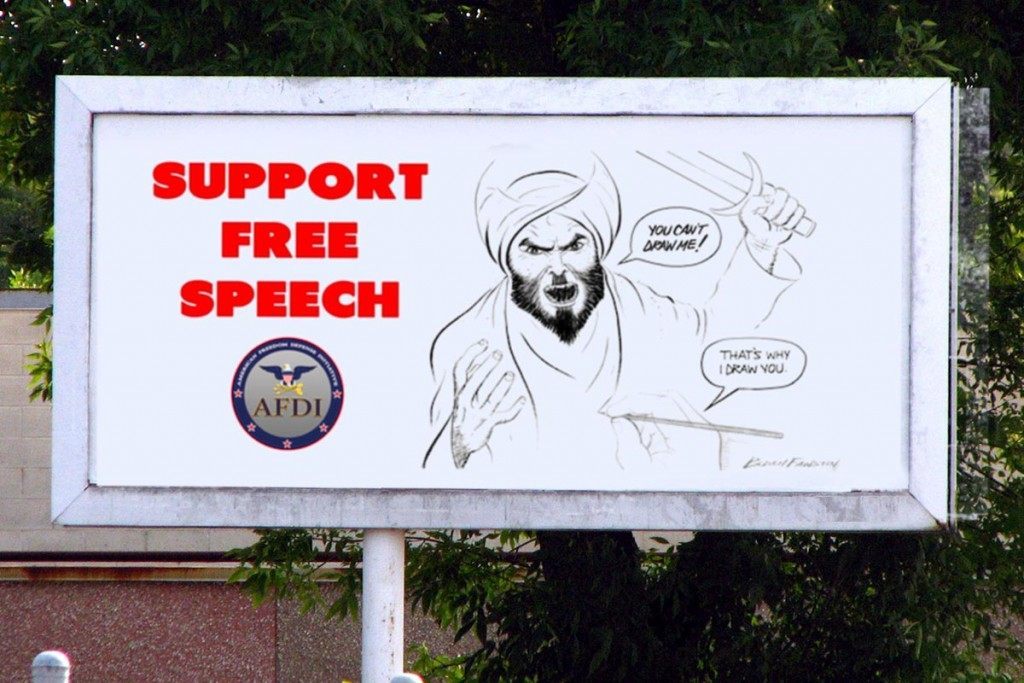