NACO, Arizona — As a motorcade carrying GOP presidential candidate Dr. Ben Carson down to a service road behind part of the border fence that was built here, there were no Border Patrol agents in sight.

The fence—which local law enforcement from the Cochise County sheriff’s office confirms could easily be cut through with a blow-torch, something illegal aliens do quite frequently—ends a few miles up the road.

“This is a nice small impediment that certainly wouldn’t keep anybody out,” Carson told reporters as both Cochise County Sheriff Mark Dannels and Pinal County Sheriff Paul Babeu and several local deputies and ranchers showed Carson, his wife Candy, his staff and a handful of media around. “You need to have agents. This [a fence] will slow them down, agents will stop them. A wall or a fence is a good thing, but not in isolation.”

Dannels, speaking to Carson and the group about 10 minutes after arriving at the border, explained “we haven’t seen an agent all the way down here—and they knew we were coming today.”

“Not a single one,” rancher John Ladd, on which whose property the border tour took place, added.

It wasn’t until after the whole group was out here for half an hour that a handful of Border Patrol vehicles—seemingly coming out in response to a large motorcade coalescing on the border—showed up. In that timeframe, an illegal alien or drug smuggler could have cut through the fence and been well into one of the ranchers’ properties here on their way to freedom.

The fence that’s there—which agents explained illegal aliens cut through with blow torches while other gaps and holes exist throughout, while showing one such hole in the fence that’s since been patched over with a few rungs of barbed wire—“certainly wouldn’t keep me out” Carson added. When one reporter asked if Carson could scale either the 10-foot fence, or the 14-foot fence—there are areas where both types of fences are interspersed—Carson said he definitely could do it. 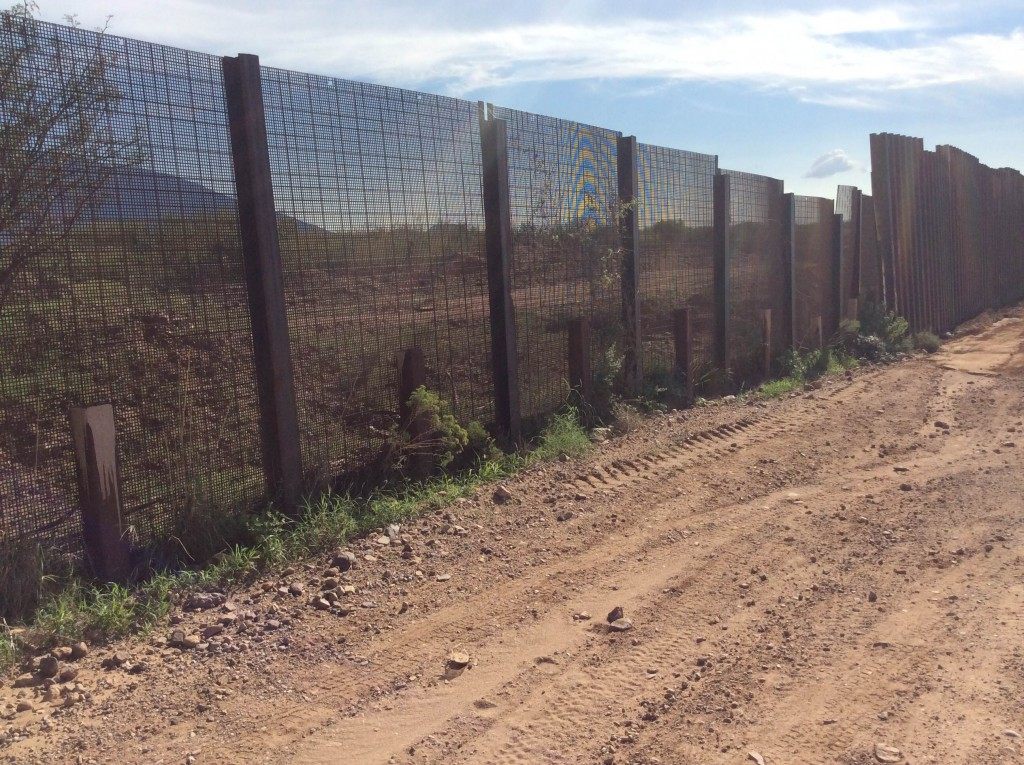 The two different fence types–the 10-foot high one, and the 14-foot high one–that are interspersed along the border. (Matthew Boyle/Breitbart)

Carson said if he were trying to sneak into America illegally he’d throw a rope with a hook on it onto the top rung of the 14-foot fence “and climb up” and over into the United States.

“All you have to do is take a rope with a hook on it and hook it on that bar up there and climb up,” Carson said. “It’s no big deal.”

“I thought it would be more of an impediment than this,” Carson said when asked what he expected versus what he was seeing.

The barbed wire in the hole in the fence cut through previously with a torch was so ineffective a patch that two of the news photographers accompanying the Carson-led delegation to the border actually hopped through it to the other side to take photographs of the group. They were technically still in America because the fence doesn’t begin until three feet or so into this country, Sheriff Dannels informed the group, joking that he was “keeping on eye” on the photographers to make sure they didn’t accidentally enter Mexico a few steps away. 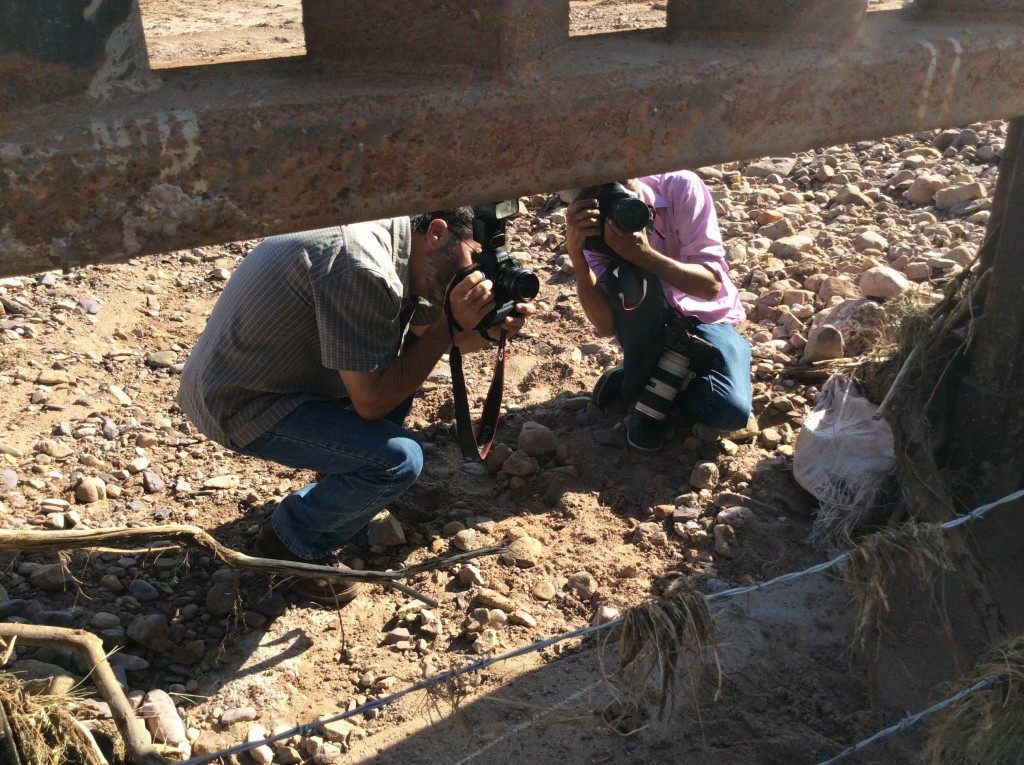 Photographers slip through to the Mexican side through the giant hole in the fence to take photos of Carson. (Matthew Boyle/Breitbart)

Carson said he wants to build a wall but doesn’t think that’s the only thing that should happen. He wants more people patrolling from the Border Patrol and the military, and tons of technology to back them up.

“I think there are ways to have physical barriers like this, but people are smart,” Carson said. “Given time and isolation, they will manage to get through that. But they will have a much harder time getting through it if you have other people trying to stop them from getting through.”

“I think the border wall is a good start,” Carson added. “But in and of itself it’s not going to be that effective. It’s going to require human beings to be involved and we have human beings who can do this job.”

“How easy would it be just to have a few drones flying through here?” Carson asked Dannels.

“A fence is only as good as the people behind it, and that’s the key,” Dannels replied. “You can put in all the infrastructure you want but you need good people behind it.

Ladd explained to Carson that since his ranch doesn’t have “severe terrain,” it makes it easy for illegal aliens, international criminals and drug smugglers to sneak through his property to the highway three miles away. “That’s why we’re so busy,” Ladd said. “The trails in the low spots, the cameras can’t see.

Ladd noted that while there is a radar system set up by Border Patrol at the highway, it’s only as good as its operator. And the Border Patrol frequently, nearly daily, rotates whoever is operating it—so sometimes the most talented operators of the radar system aren’t on that job—and people slip through undetected frequently.

Carson’s trip to the border here on Wednesday came after an earlier helicopter tour in Pinal County–where 70 miles inside the border, Babeu explained, the drug cartels run free and the United States does not have operational control of American territory. Breitbart News accompanied Carson to the border and on the helicopter tour; more reporting from this trip and the tour are forthcoming, including an exclusive with Carson on how he’d secure the border.