MOBILE, AL — Friday at Ladd-Peebles Stadium on a humid night with the threat of inclement weather, real estate mogul Donald Trump entertained, excited and energized a crowd of approximately 20,000 people.

Trump hit the stage to Lynyrd Skynrd’s “Sweet Home Alabama,” thanking the crowd and likening the experience to how evangelist Billy Graham might have felt during one of his famous stadium sermons.

Trump also had a number of elected officials offer endorsements, including Rep. Barry Moore (R-Enterprise), who explained to Breitbart News how Trump won him over.

“I think we got to get back to what made the nation great, and that’s free markets,” Moore said. “Political correctness is the problem with the country. It’s not going to cure anything until we go back our conservative values and get with the Constitution and do what this country was made to do and that’s create opportunity for everybody.”

Perhaps the highlight of the evening, however, was an appearance from Sen. Jeff Sessions (R-AL), welcoming Trump, who spoke favorably of the junior Alabama senator, to his hometown.

“Donald, welcome to my hometown, Mobile, AL,” Sessions said. “The American people, these people, want somebody in the presidency who stands up for them, defends their interests, and the laws and traditions of this country. We welcome you here. Thank you for the work that you put into the immigration issue. I’m really impressed with your plan. I know it will make a difference. And this crowd shows a lot of people agree with that. Congratulations. Welcome, and God bless.” 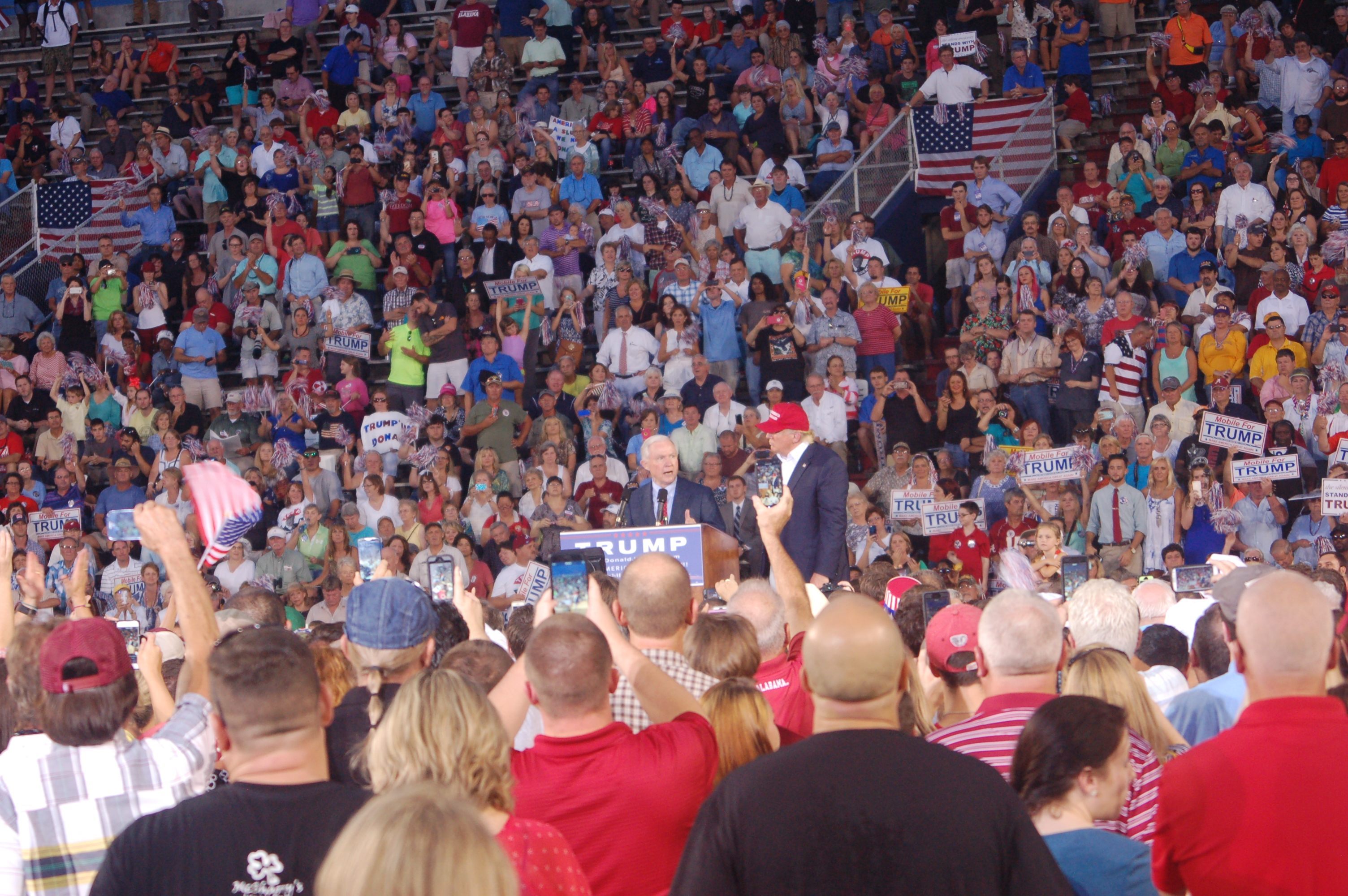 Earlier in the week, Trump’s campaign announced he would be holding a campaign event in Mobile at the theater in the city’s civic center, a venue that holds less than 2,000 people.

However, as ticket requests increased, the venue was changed to another room at the same venue, which holds 10,000 people. Late Wednesday, however, that venue was determined to be insufficient and it was moved to the city’s Ladd-Peebles Stadium, which has a capacity of 40,000 and hosts University of South Alabama football games, the Senior Bowl, and the GoDaddy.com bowl.

People were lined up outside of the event’s venue at 12:30 pm local time in anticipation of Trump’s appearance. 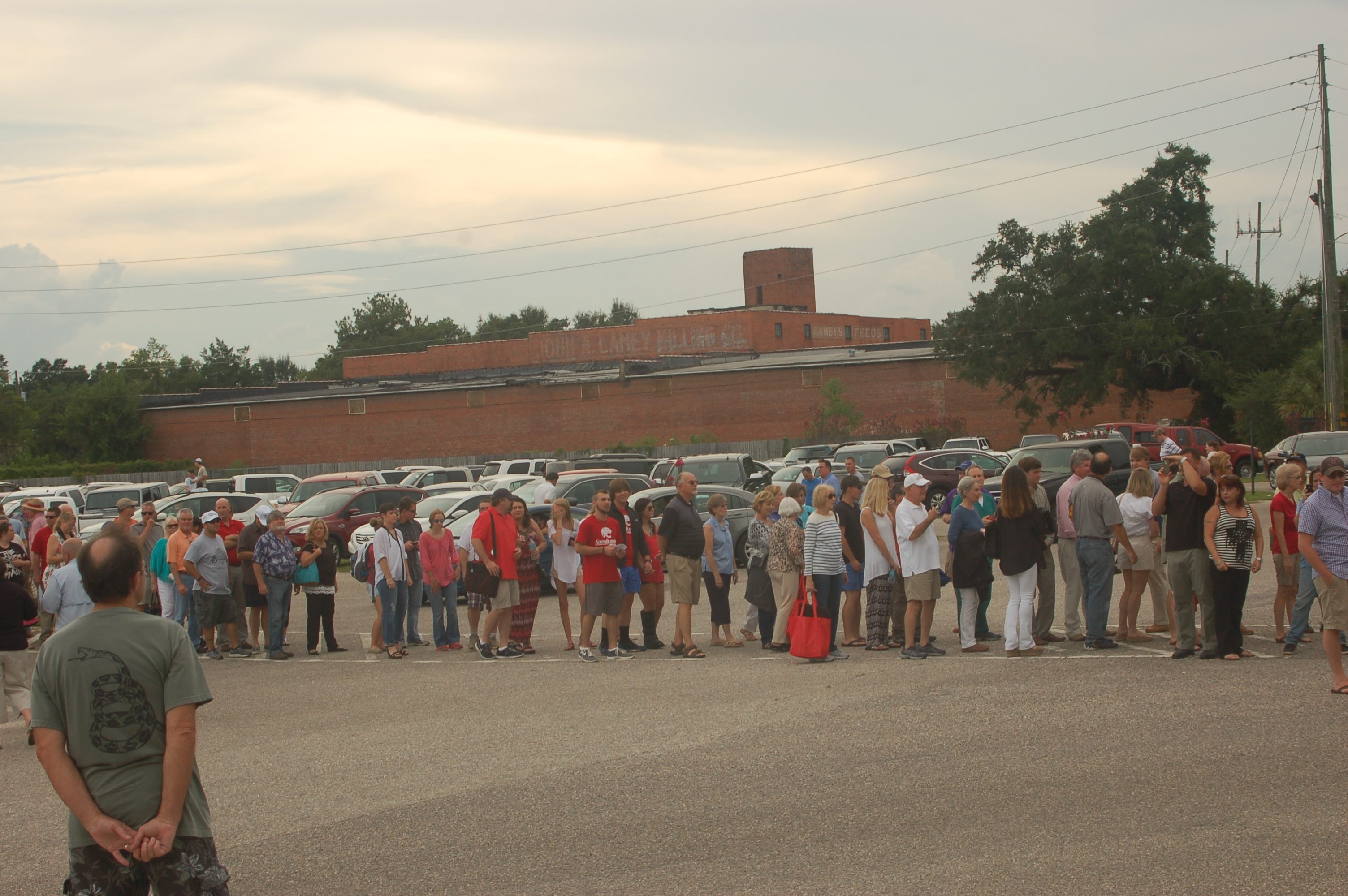 Alabama will host its presidential primary on March 1’s Super Tuesday, part of the so-called SEC primary, which includes the other southern states of Arkansas, Georgia, Tennessee and Texas. Although Alabama isn’t delegate rich, it is uniquely positioned as centrally located to most of those places, and just a stone’s throw from the Florida state line, which hosts it hotly contest primary on March 15, two weeks after Alabama’s.