The Nevada immigration attorney and Hillary Clinton campaign fellow has gone into hiding since she was captured in a James O’Keefe video apparently conspiring to violate election laws. Gupana told who she thought were Hillary Clinton campaign staffers and volunteers to “Do whatever you can. Whatever you can get away with, just do it, until you get kicked out, like, totally.” Gupana seemed to know that none of these volunteers were licensed to register voters by a county clerk, as required by law in Nevada.

Breitbart News reported Friday that Nevada election officials are now investigating the Hillary Clinton campaign to determine if Gupana or other campaign staffers broke the law.

So what has Gupana been up to?

Gupanalaw.com is no longer active. Gupana bragged on the now-defunct website that she was able to withdraw a conviction for a client whose previous immigration lawyer gave her bad advice.

“Our law firm handles a wide range of situations from removal or deportation proceedings, asylum hearings, cancellation of removal for permanent residents and undocumented aliens…and even help you come to the United States through consular processing,” the website used to say.

Before she deleted her Twitter account, Gupana made clear that she talked specifically about Hillary Clinton with people that she was registering to vote.

“We’re sorry, but the profile you requested does not exist,” according to the page that comes up now where Gupana’s LinkedIn profile used to be.

The now-deleted profile showed that she got her Bachelor’s and Master’s degrees from Ateneo de Manila University in the Philippines.

She was close to John Podesta on the campaign

Here she was standing a few places to the left of Clinton campaign chairman John Podesta. 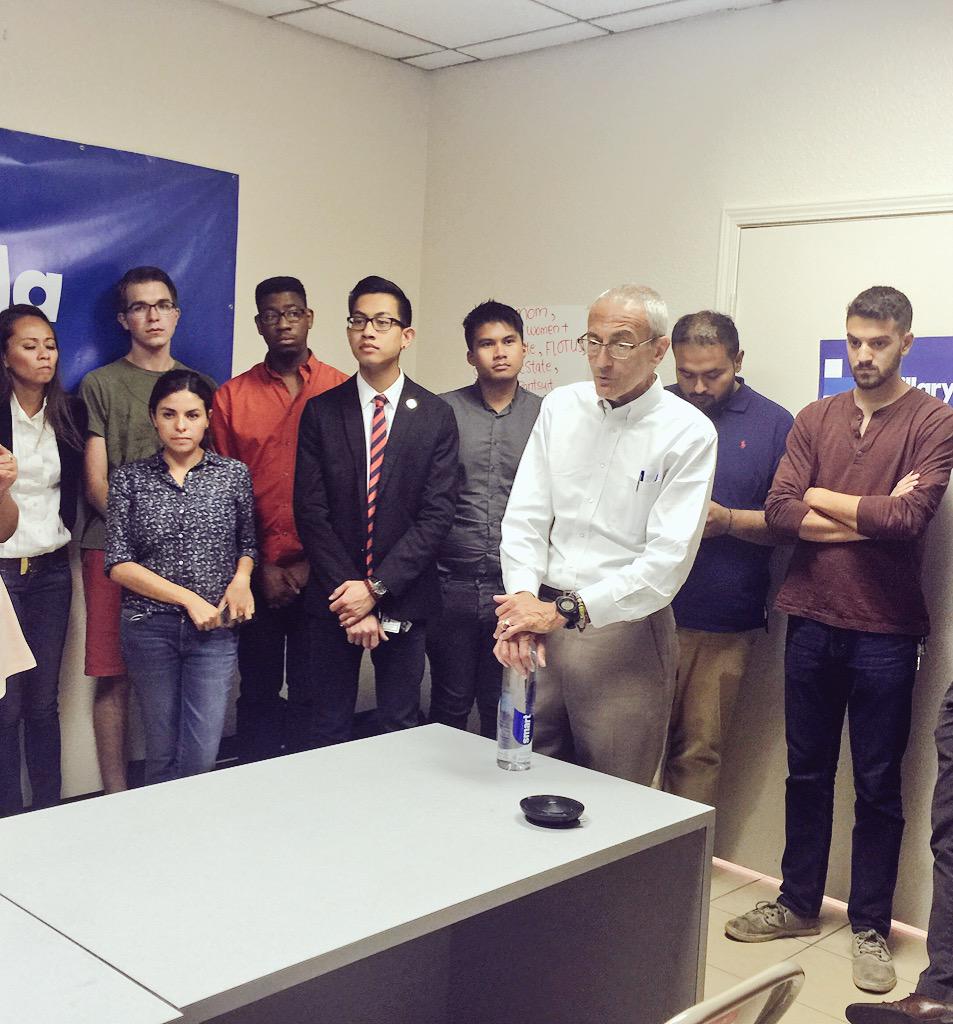 Much like her ideological cohorts at Planned Parenthood, Gupana enjoyed a nice glass of wine.