A 14 year-old high school freshman was arrested Monday in Texas for bringing a homemade digital clock to school.  Apparently, he brought it to school to show it off but a teacher, concerned that it looked like a bomb (and not without justification), called police. Mohamed was led out of school by police in handcuffs and suspended for three days.

Ahmed did nothing wrong. A kid showing off his technical kills should not result in an arrest or a suspension.

However, there is also no evidence the police did anything wrong. In the age of Columbine (where high school students really do bring bombs to school) and Sandy Hook, police and schools are required to be hyper-cautious.

But unlike what the race-baiting mainstream media headlines are screaming, what Ahmed built does not look like a simple “clock.” 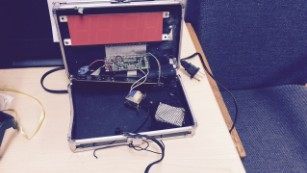 I’d love to see how the Secret Service and TSA would react to such a thing.  Maybe we’ll find out. President Obama has already invited Ahmed and his suitcase clock to the White House.

And  America’s Race-Grifters have already started their arson fires.

Daily Beast: “It took a nerd with guts to stand up against the most Islamophobic part of the country.”

Apparently, the black police officer pictured above is guilty of racial profiling, or something…

Naturally, these shameless opportunists expressed zero outrage when a fifth-grader, a full four years younger than Ahmed, was arrested and charged with brandishing a weapon for bringing a toy gun on a school bus.

Why would they? There’s no political upside for the Left unless you can scream racism.

Then there was the 7 year-old boy suspended for a Pop Tart Gun. 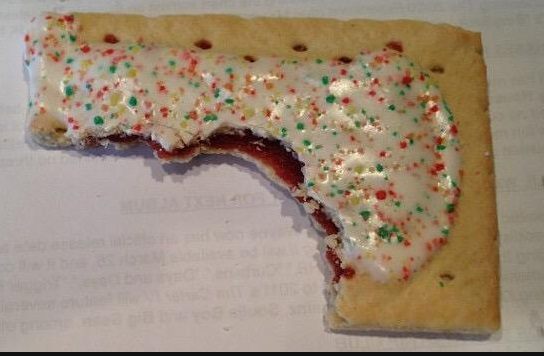 Once again: No political upside, no media uproar, no White House invite.

Then there was the 5th grade girl who was searched by school officials for possessing a paper gun.

No political upside means no media uproar and no White House invite. 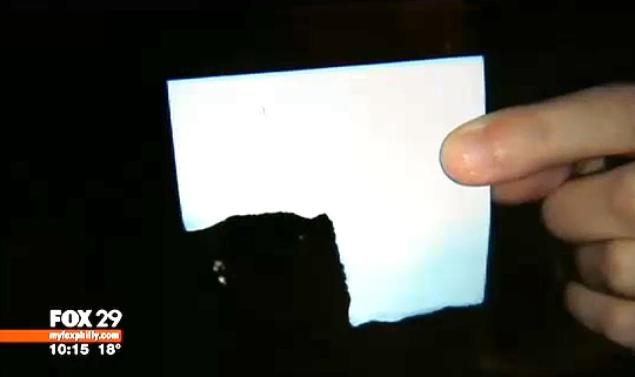 A first-grader was suspended for brandishing a chicken finger and using the words “pew, pew.”

No political upside, no media urproar, no White House invite.

An 8th grader in New York was suspended for wearing a NRA t-shirt.

A young school girl was suspended in Tennessee for saying “God bless you.”

Twelve students were suspended in Washington State for praying.

The problem here is not Ahmed, and not the police officer(s) who arrested him (that we know of), and not any of these other students victimized over the years by the stupid and the fascist who populate too many of our schools.

If it takes The Right Kind Of Victim for the Left and MSM to finally speak out against this issue, something the Right has been hollering about for years, maybe some good can come of it.

But I doubt it.

The Left and their MSM just want to call Texas racist.