Delay, diffuse, and defend the Constitution

Our first thoughts should be for Justice Antonin Scalia and his family. Let them and the nation mourn his passing and honor him for his service to the nation.

The first and most consistent part of this strategy is to delay any appointment, by every legal means necessary, until there is a new president sworn in. There is precedent, as it has been 80 years since a lame-duck president nominated and had confirmed a Supreme Court justice. Many on the left will counter this with Reagan’s nomination of Anthony Kennedy, but the underlying facts matter. In Kennedy’s case, the Senate had already rejected another Reagan choice, Robert Bork, and a second choice Douglas Ginsburg withdrew. Kennedy was confirmed in February 1988 by a 97-0 vote after being nominated by Reagan in 1987.

Second will be to diffuse the Democrat attacks, and there will be many. Now is not the time to cower from the ad hominem attacks which will come on the basis of the racism, sexism, and every other form of -ism.

The Democrat strategy will likely be to push for immediate selection and a nomination battle. They have already lost in the court with President Obama’s recess appointments to the National Labor Relations Board. The fact that Republicans have done little if anything to reverse harmful actions by Richard Cordray since the court decision to overturn the National Labor Relations Board is cause for concern.

In spite of the coming attacks, Senate Majority Leader Mitch McConnell must keep the Senate in Pro Forma sessions to avoid any opportunity for Obama to act legally or politically. The current Senate Minority Leader Harry Reid once used this tactic to block President George W. Bush’s appointments. A political battle could also benefit Democrats’ election chances. Reid’s hypocrisy will become evident; the left will not care, and Republicans cannot back down. Think beyond this current Supreme Court term and the next term if this plays out into 2017. Expect the left wing in America to judge shop in the lower courts so that potential ties at the Supreme Court level will uphold those decisions.

Think of every leftist agenda to alter the Constitution and put the federal government more in charge of your daily lives and realize they are salivating at this opportunity. Pending in this Supreme Court term are abortion, affirmative action, the HHS contraceptive mandate, and President Obama’s use of executive action.

Third is to defend the United States Constitution and its future, which would be altered significantly under a liberal progressive court. Remember, President Obama’s desire to fundamentally transform America and to do so requires fundamentally changing our judicial system. With the court now potentially deadlocked at 4-4, one liberal justice can affect the nation for decades. The person on Main Street who thinks they are immune to this must realize that Supreme Court decisions are carried out as precedent for other courts. Millions of Americans go through our court system annually. A liberal activist court empowered by growing progressivism in America in today’s environment can be the next significant step in the fundamental transformation of our constitutional republic. For strict constructionists like myself, this is a bigger danger to the legal DNA of this nation than any one person or party’s agenda. 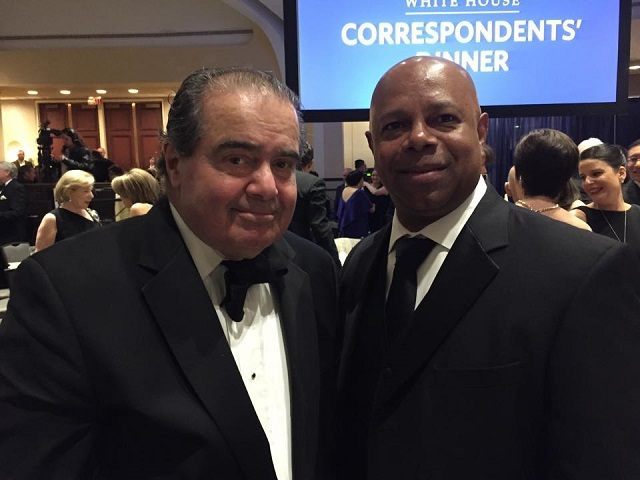 History is being written with immediate and long-term consequences

The need for constitutional protectionism is bigger than any of us. The founding fathers, in their infinite wisdom, wrote a document of common sense, with the ability to amend, though not easily, to protect our individual liberties and help preserve the balance between citizenry and government. The United States Constitution is not, nor should it be, a bendable document. Our individual agreement is not required nor should it supersede the proper constitutional application and interpretations by a court of strict constructionists.

Do not pretend and accept the developing narrative that paints this as just political gamesmanship. This is about the future of America and our place as the dominant good actor on the world stage, which translates to an important factor in the future of a better world. The progressive socialism and collectivism in any form that Europe and many countries have tried or are trying do not work. History is proof.

Win or lose, the consequences of this battle to maintain our system of checks and balances will be felt. Andrew Breitbart was right; we need to destroy the institutional left and the statists among us on any part of the political spectrum.