Breitbart News editor Ben Shapiro delivered a speech to the Young America’s Foundation at California State University Los Angeles on Thursday afternoon, despite initial efforts by the university to shut down the event.

Students were prevented from entering by approximately 150 demonstrators standing outside the front entrance. 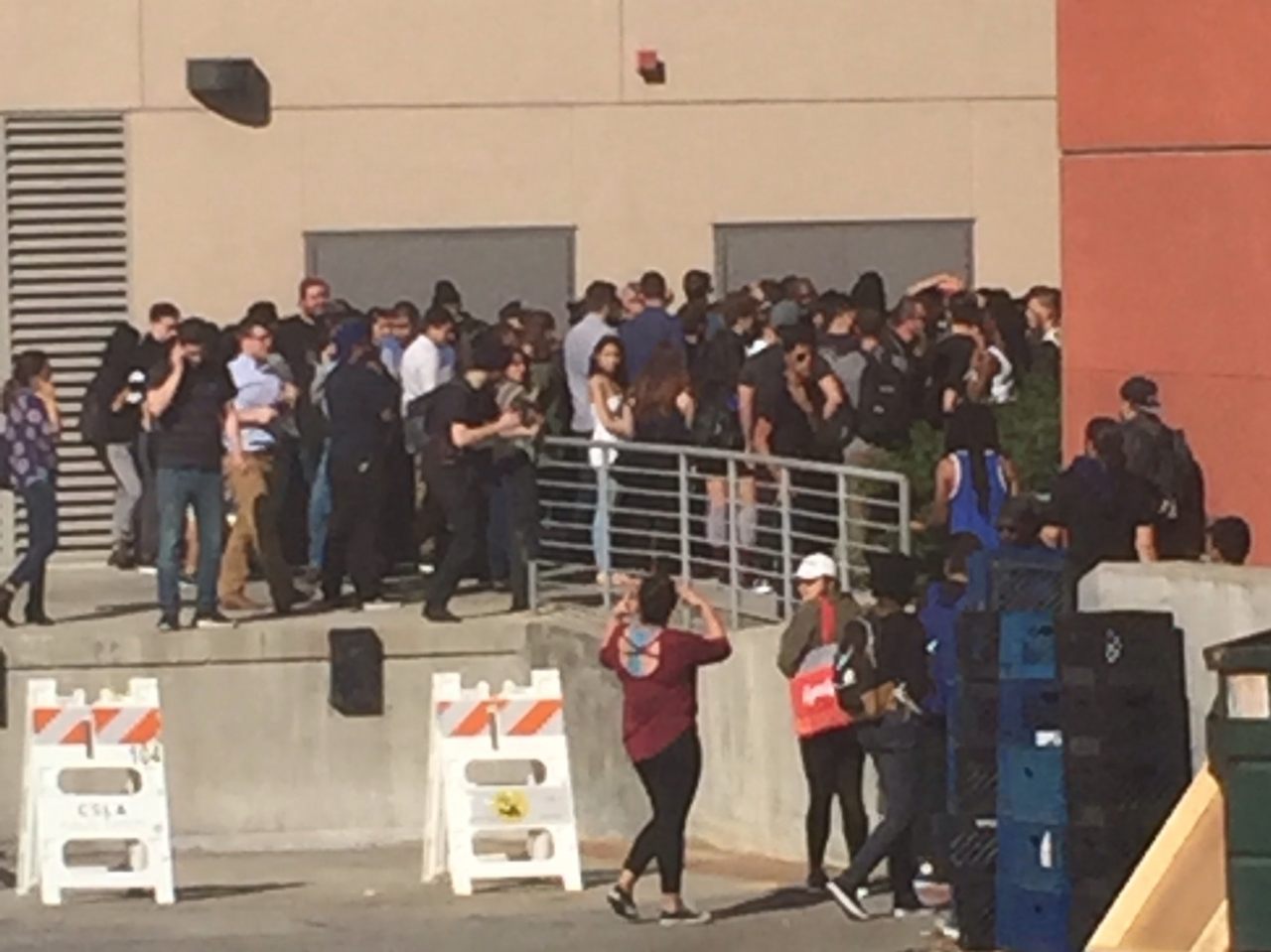 However, attendees managed to slip into the auditorium through the back entrance, prompting Shapiro to observe that in today’s America, conservatives were forced to exercise their First Amendment rights “by the back door.”

Some demonstrators entered the building and began chanting slogans, such as “Racists go home!” and “No hate speech!”

Once the speech began, efforts to disrupt it continued. The fire alarm was pulled; Shapiro kept speaking, to cheers from the audience.

.@yaf liberal protester pulls fire alarm during Ben #shapiro speech Ben says “you are not going to stop us.”

Initially, administrators at the taxpayer-funded public university tried to force the postponement of the event in favor of a later event where Shapiro would have to appear alongside speakers who disagreed with him. Shapiro vowed to speak at the original time scheduled, and the university backed down, releasing a statement Thursday:

Author Ben Shapiro was invited to speak this afternoon at Cal State LA by the Young Americans for Freedom, which is a registered student organization. The event, “When Diversity Becomes a Problem,” was funded by the Associated Students, Inc., the student government.

Leading up to the event, there were a number of emails and social media posts that caused concern for the campus community. Given threats and expressions of fear, President William A. Covino proposed a rescheduled event that would be civil and inclusive, and in which Mr. Shapiro and speakers with other viewpoints could offer their perspectives in an organized forum.

“My decision was made in the interest of safety and security,” Covino said. “I am disappointed that Mr. Shapiro has not accepted my invitation to speak in such a forum. He has indicated that he will come to Cal State LA to speak today at the University-Student Union Theatre, where he was originally scheduled to deliver his talk,” Covino told the University community Thursday morning.

Covino added: “I strongly disagree with Mr. Shapiro’s views. But if Mr. Shapiro does appear, the University will allow him to speak. We will make every effort to ensure a climate of safety and security.”

In his remarks, Shapiro blasted Covino and other faculty members who tried to stop the event from taking place, and who had threatened violence against Shapiro, including professors Robert Weide and Melina Abdullah.

He called them “disgusting” and described Covino as a “totalitarian” and an “idiot” whose behavior exemplified “an insane society created by the American left who says that anybody that disagrees with them must be silenced.”

He explained that there are three kinds of diversity: diversity of color, diversity of values, and diversity of ideas. Only the last kind, he said, was valuable to society and could create stable and healthy communities.

Update: After the speech, Shapiro and the audience were forced to wait inside the auditorium until police could clear protesters and provide a safe exit.

We had to be escorted by a full police cordon as well as a motorcade thanks to safety concerns.

Several students were unable to enter the room, and expressed their disappointment.