Nearly 235 years ago, American innovation came into full bloom during a mostly forgotten battle of the American Revolutionary War. With an ingenious approach, the Patriots took out Fort Watson, an “impenetrable” British fort, which was key in a series of British outposts and supply lines.

Following the epic battle of Guilford Courthouse on March 15, 1781, General Nathanael Greene reentered South Carolina to liberate the state from British occupation. His Southern army included a core backbone of elite troops from Maryland and Delaware who were known as “Washington’s Immortals.” A new bestselling book called Washington’s Immortals tells their story through eight years of war. This unique book is the first Band of Brothers treatment of the American Revolution, capturing the most important elements of the Battle of Fort Watson and nearly every other significant battle of the Revolution.

Before the battle, Cornwallis had moved his army north towards Virginia, while Greene quickly returned to South Carolina, where he hoped to destroy the British, who had various outposts scattered throughout the state. By cutting off certain chokepoints, he could put his enemy out of supply.

A key link in this chain of outposts was Fort Watson, located near present-day Summerton, South Carolina. Fort Watson seemed impregnable. Earlier American attacks against the fort had failed.

In April 1781, a small group of Americans would try, again. The task force included cavalry led by Light Horse Harry Lee (Robert E. Lee’s father) and partisans commanded by the legendary “Swamp Fox” Francis Marion. Unlike the swashbuckling composite character played by Mel Gibson in the movie The Patriot, the real Marion was formidable on the battlefield yet physically underwhelming: a frail, stubby fifty-year-old, hobbled by deformed knees and ankles. He and his men fought a guerrilla-style war in the backcountry swamps, terrorizing the British with a series of hit-and-run raids.

Joining Lee and the Swamp Fox were a company of Maryland Continental soldiers under the command of Captain Edward Oldham. Lee would later write, “To the name of Captain Oldham, too much praise cannot be given. He was engaged in almost every action in the South, and was uniformly distinguished for gallantry and good conduct.”

Garrisoned by eighty regulars and forty Loyalists, Fort Watson sat atop a thirty-foot ancient Native American burial mound surrounded by three rows of nasty abatises, sharpened logs that could impale a man — the eighteenth-century equivalent of razor wire. The Marylanders and other troops surrounded the fort on April 15, 1781, and began considering how they would get those inside to surrender. They approached the defenders with a white flag and demanded their unconditional surrender. Well-supplied and armed, the fort’s occupants refused. Next, Oldham and Lee and the Swamp Fox cut off the fort’s only source of water, but the defenders dug a forty-foot well within Watson’s stout walls. A stalemate ensued.

Then, in a display of quintessential American ingenuity, Lieutenant Colonel Hezekiah Maham came up with a novel solution: the Patriots would build a large tower, later dubbed a “Maham Tower,” out of trees from the area. By climbing the structure, the men could shoot down into the enemy fortifications, while the heavy logs protected them from return fire.

In the thick, sticky darkness of the South Carolina night on April 22, 1781, the Patriots prefabricated the structure hundreds of yards from the fort and then heaved the massive sections of logs into place as quietly as possible. Just yards away, the Redcoats slumbered in Fort Watson, unaware that the Americans were erecting the means of their destruction. Slowly, the giant pile of green logs grew into a mighty forty-foot-tall tower.

Manned by some of Oldham’s crack riflemen, the tower loomed over the walls of the fort, and at first light the Marylanders started picking off the defenders inside. At the same time, two assault teams attacked the abatises. The teams consisted entirely of volunteers, “desperadoes led by officers of distinguished merit.” The position was for the most ardent Patriots and was considered a post of honor that volunteers sometimes drew lots for. Known as men of forlorn hope because their chance of survival was so low, the volunteers were armed with axes, which practically turned their assault into a suicide mission. Fortunately for these men, the fire from the tower prevented the defenders from manning the fort’s walls, which allowed the forlorn hopes to approach. And the tower, combined with the ground assault from the forlorn hope, caused the garrison to capitulate.

The American ingenuity employed during the siege of Fort Watson had a sizable impact on the chain of events in the war in the South — jeopardizing the crucial British post at Camden, thereby precipitating the Battle of Hobkirk’s Hill and the eventual liberation of South Carolina. 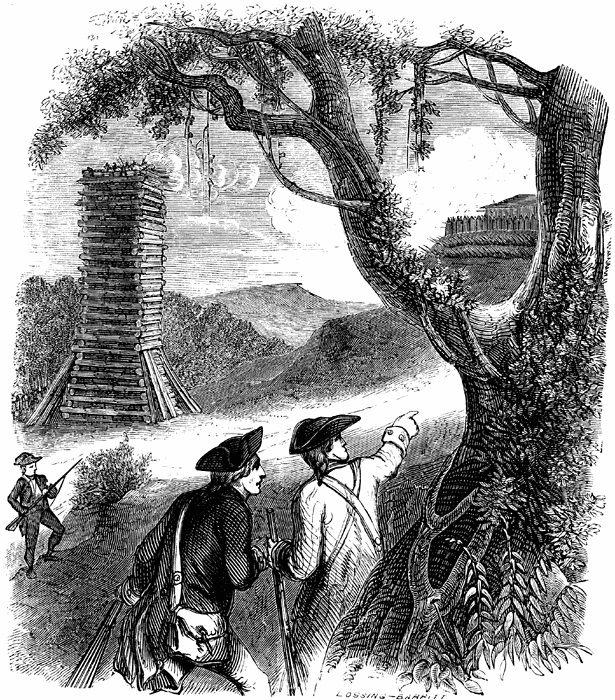 Patrick K. O’Donnell is a bestselling, critically acclaimed military historian and an expert on elite units. He is the author of ten books. Washington’s Immortals is his newest book. O’Donnell served as a combat historian in a Marine rifle platoon during the Battle of Fallujah and speaks often on espionage, special operations, and counterinsurgency. He has provided historical consulting for DreamWorks’ award-winning miniseries Band of Brothers and for documentaries produced by the BBC, the History Channel, and Discovery. PatrickKODonnell.com @combathistorian