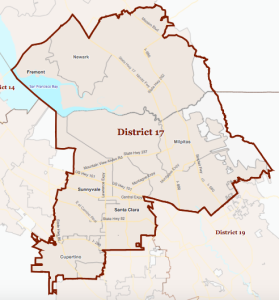 CA-17: This hotly-contested, entrepreneurial and suburban congressional district takes in the southeastern area of Silicon Valley, including Apple hometown Cupertino. Though currently represented by liberal, union-backed Democrat Mike Honda, challenger Ro Khanna — who barely lost in 2014 — is back again, with high-tech donations and moderate policies. There are few registered Republicans in the district, but enough to represent a swing vote.

Democrats: Clinton may have an edge in this district, though union activists who Feel the Bern will fight to a draw.

Republicans: Trump will bank on his appeal to entrepreneurs, who enjoy a businessman and an outsider candidate.