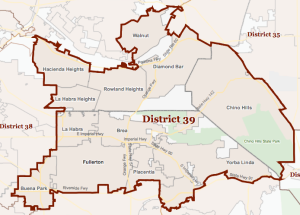 CA-39: This district includes some of the most conservative areas in L.A. County, as well as portions of Orange and San Bernardino Counties. Home to Richard Nixon and his presidential library in Yorba Linda, the district’s Member of Congress is moderate Republican Ed Royce, the formidable chair of the House Foreign Affairs Committee. It has a relatively low, though still significant, minority population, over one-fourth of which is of Mexican origin.

Democrats: Though not a total shutout for Sanders, this area’s Democrats have little interest in electing a socialist.

Republicans: One of the easiest Cruz wins in the state — though racking up votes here won’t help him elsewhere.