More than two hundred people protested at the Colorado State Capitol in Denver on Friday afternoon to call for justice after Ted Cruz won all 34 delegates at a Colorado caucus in which the people were not allowed to vote for president. 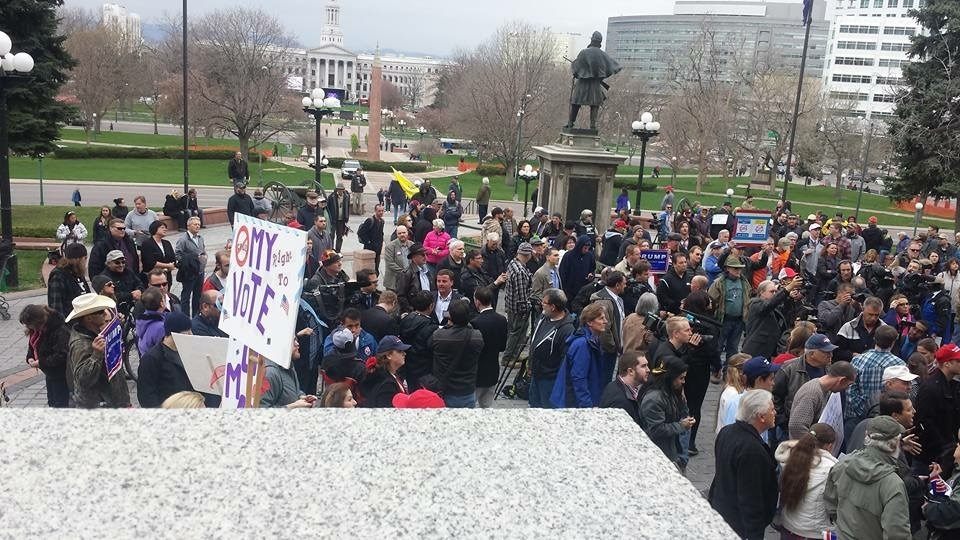 A speaker who wished to remain anonymous delivered an address on the Capitol steps in front of approximately 200 people organized by the group Coloradans for Trump, which has an “invite only” Facebook page to protect the identities of its members from personal or professional consequences if they were outed as Trump supporters.

The speaker railed against the organization at the state party convention, where Trump-supporting candidates for delegate were left off some ballots and at least one Trump supporter was prevented from voting. Then following remarks are copyrighted and reprinted with permission of Gabriel Schwartz Esq:

You’ve already seen the reports on the news, on the Drudge Report, on twitter and social media about how the Chairman of the Republican Party changed the rules to cancel the poll that we used to take at precinct caucuses, and that we have taken in every presidential election year since 2008.”

This was Steve House’s decision. He’s the one who is responsible for making the caucuses here in Colorado essentially meaningless, and preventing the tens of thousands of precinct caucus voters who did bother to show up even the chance to cast a vote for their choice for President.

Massive disorganization at congressional district assemblies the day before. Misprinted ballots. Lost paperwork. Dozens and dozens of candidates committed to Trump running for national delegate left off the printed convention program and had to be added later, or who’s ballot numbers were changed at the last minute. Six hundred delegates for national delegates given ten seconds each at the microphone! Really? This process was rigged for Ted Cruz from the get-go.

Denver attorney Gabriel Schwarz told Breitbart News that “many people showed up March 1 at the caucuses and found out they would not be voting for president. They were really upset.” 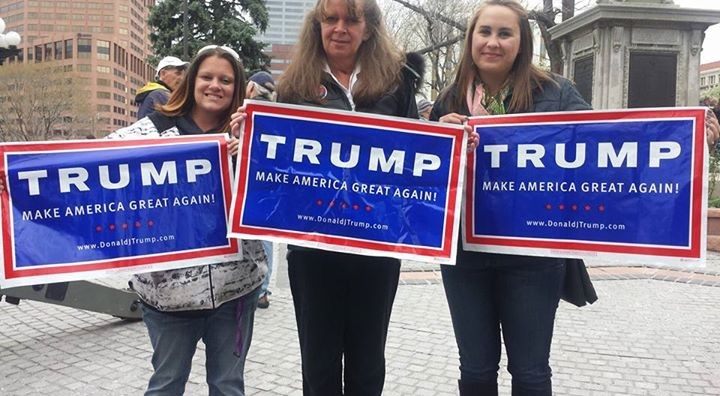 This year’s Colorado caucus eliminated the presidential preference poll and instead went with a delegate-selection system rife with ballot errors, as Breitbart News reported Friday. The rule change was made in August.

In 2015, before Donald Trump ever even got into the race, Colorado lawmakers on both sides of the aisle proposed a Presidential Primary bill, which went to the state’s Senate Appropriations Committee. The bill would have created an outright primary. But after an extensive lobbying campaign by Republican interests, the bill died in committee with all four Republicans voting it down. Three Democrats voted for it.

Ironically, it was Republicans who banded together to block the primary idea so that Jeb Bush or Marco Rubio could not come into the state and win.

“They thought the primary would not be good for them,” Schwarz said. “Jeb and Rubio were going to run for president, and they were somewhat popular figures then. So even the sponsor of the bill voted against it. They voted against their own bill and killed it.”

Breitbart News conducted an interview Friday with delegate candidate and Trump supporter Kimberly JaJack, who said that she was prevented from voting:

…I asked a few people, no one seemed to have the ballots for my last name. At that particular time, I had to do my ten-second speech because I was running for national delegate. I came back and said I don’t have a ballot and I went to Andie, the president of the Cherry Creek Republican Women in Colorado, and she looked at her board. She had my name on this page and it had a check mark next to it. She looked at it and said “this is a check mark.” I said “This is my badge, you do NOT see a mark on it, do you?”

JaJack discussed her experiences at the state convention while it was happening in a video obtained by Breitbart News: