The Obama administration, senior members of the intelligence community and much of the news media have expressed panic over an unverified “dossier” of evidence against President-elect Donald Trump and outrage at the formerly acclaimed organization Wikileaks. This compared to the relative apathy towards one of the largest security hacks in the federal government’s history, belies a double-standard that can only be political.

Breaches that aid the left are dismissible, even laudable, while those that reveal facts that undermine the left’s sugarcoated version of Obama’s legacy are existential threats to America.

Take for instance, the Obama administration’s response to the hack of the United States Office of Personnel Management revealed in 2015. The hack appears to be one of the largest, if not the largest, breaches of government data in the history of the United States. This massive theft included all personally identifiable information, including unencrypted social security numbers, within 21.5 million government records. The hackers got away with 5.6 million government employee fingerprints. 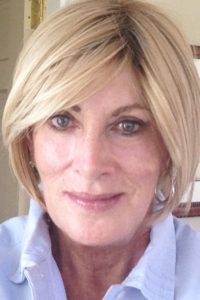 With the successful targeted hack of the Central Personnel Data File, the hackers came into possession of all personnel data for every single federal employee, retiree and up to one million former federal employees. This included federal judges. This endangered many, none more than undercover operatives. The government they swore to serve was curiously AWOL.

The OPM theft was aimed at the heart of the United States government.  Far reaching implications will reverberate for years. Officials believe the Chinese perpetrated this breach.

At the time, FBI Director James Comey called it “a very big deal from a national security perspective and from a counterintelligence perspective.” “It’s a treasure trove of information about everybody who has worked for, tried to work for, or works for the United States government,” he noted. One wonders what he did about it.

Where OPM was concerned, as with all previous government hacks, presidential outrage was simply MIA. The absence of action to swiftly punish the Chinese – or to even definitely identify that it was, in fact, the Chinese – are small indicators. Comments from officials are much larger ones.

“You have to kind of salute the Chinese for what they did,” Director of National Intelligence, James Clapper, said of the hacking. In one cavalier sentence he not only acknowledged the Chinese hacking of our OPM, but tipped his hat to them. Stunning. A year later, deep into campaign season, he did not salute “the Russians.”

Overtly, virtually nothing happened in retaliation for this massive breach. Apparently the IC was not directed to show outrage, so the overall response was lukewarm and underwhelming to say the least.

Compare the administration’s subdued reaction to this with the immediate action taken in the face of the hack of the DNC and publication of emails from Clinton campaign chairman John Podesta.

Wikileaks – an organization that earned so much political capital with the left that, even after the Podesta emails, liberals praised Obama’s release of leaker Chelsea Manning – released thousands of emails from that account. The emails revealed the Clinton machine to be a cynical, calculating one, convinced the American people were stupid enough to buy into a completely fabricated Hillary Clinton personality. Clinton lost the election.

The intelligence community immediately began pointing the blame at Russia. President Obama asserted that he had told his Russian counterpart Vladimir Putin to “cut it out.” He levied economic sanctions on Russia. The IC has yet to prove Russia was behind the “hack,” which Wikileaks insists was a leak from the inside.

It doesn’t take a national security expert to question the recent extraordinary behavior of President Obama’s Intelligence Community, nor do I claim in any way to be one.  Rather, my years exposed to the highest levels of government, to include the White House and the Department of Defense, provide a clarity of perspective I feel compelled to share.

From the President on down, we see politically driven double standards, not only in the upper echelons of the FBI but also throughout the whole of our Intelligence Community.  Nothing was done when the Chinese infiltrated a government agency perpetrating one of the largest and most dangerous hacks in our nation’s history.  Everything but the kitchen sink was quickly thrown at the Russians for ostensibly trying to influence a presidential election.

One hack only hurt millions of Americans, the other was perceived to have caused political damage to their very own party.  No contest.  It smacks of an indifference to the wellbeing of everyday Americans in favor of political interests. This is precisely why the election results were what they were. People are sick of it.

Linda Tripp worked in both the Bill Clinton administration and the George H.W. Bush White House. Under Bush, she served as executive assistant to the deputy chief of staff to the president. During the Clinton administration, she first served as support staff to the Immediate Office of the President, where she sat just outside the Oval Office. After three months, Deputy White House Counsel Vince Foster asked Tripp to work for the White House Counsel’s office as executive assistant to White House Counsel Bernie Nussbaum, who played a lead role in defending the Clintons in their infamous scandals.