The Slovenian-born former model chose a sweeping side-part for the portrait and pointed, black Christian Louboutin stilettos, also a favorite of the First Lady’s. 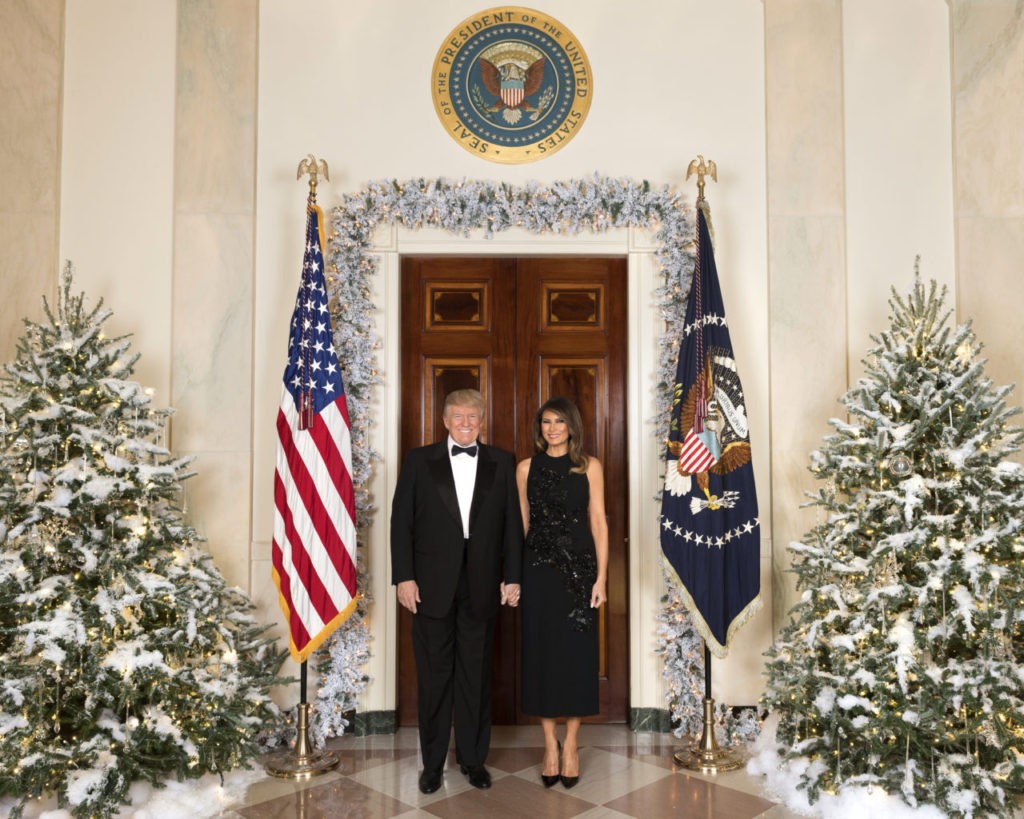 Melania has made Delpozo, a historic Spanish fashion house, one of her go-to luxury brands. This year, Melania wore the Delpozo’s bold “It” dress for a speech in Warsaw, Poland, sending shockwaves throughout the American media and world. Soon after Melania wore the dress, it sold out online. 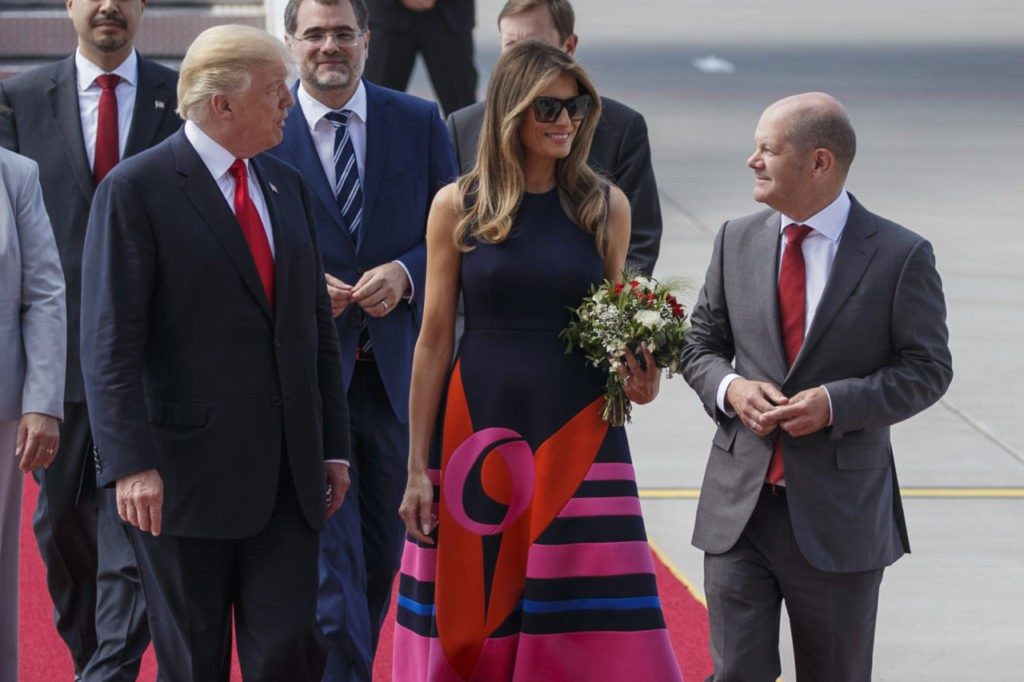 Delpozo designer Josep Font has previously praised Melania’s wearing of his creations, saying “Delpozo caters to different demographics and is followed by a diverse range of women, not taking into account their age, nationality, profession and, in this case, party affiliation.”