Taylor has been duped by business boosters into supporting an amnesty, said Ray Tranchant, a conservative activist in Taylor’s Virginia district who has reversed his outspoken support for Taylor. “That’s how I see it, and with a two-year term, how can he do that?”  asked Tranchant, whose daughter was killed in 2007 by a drunk illegal immigrant driver in Taylor’s Virginia Beach district.

“The forgotten men and women in the Second District deserve better than a Representative putting his priorities and energy into amnesty,” said Mary Jones, a former member of a county Board of Supervisors who has begun a primary challenge against Taylor.

Members of NumbersUSA, a pro-American immigration-reform group, protested the letter, and, according to BigLeaguePolitics.com:

A source close to NumbersUSA told Big League Politics that Rep. Scott Taylor called NumbersUSA’s office last Friday “screaming profanities at them” … The source claimed that NumbersUSA did “nothing else” to agitate Taylor, merely sent around the letter.

On Wednesday, Rep. Taylor called again “asking for their physical address and threatened to blow up their offices,” according to the source. Multiple sources close to NumbersUSA confirmed the statement on the phone call.

Sorry, we’re not commenting to anybody on that story.

We’re staying focused on the issues, especially the insistence by the 34 letter signers that [House] Speaker [Paul] Ryan give out an amnesty before January with the suggestion that issues like Chain Migration, E-Verify and every other fix to the broken immigration system put off to be dealt with later.  We’ve had four citizenship amnesties (1986-1997-1998-2000). Every one gave the amnesty immediately and put off until later fixing the system.  What kind of fools do these 34 Republican letter signers think the American workers are to fall for their great “compassionate” appeal for a no-strings amnesty NOW?

“He was just very angry from the get-go and expected we would do what he wanted us to do, and we didn’t, and so he was angrier,” said Rosemary Jenks, political director for  NumbersUSA, which supports reforms to the nation’s cheap-labor immigration strategy.

“Many members of Congress don’t understand the immigration issue [and] they think they can take what they see as a nice position or an easy position and get away with it, but it does not work that way,” she said before Breitbart News spoke to Beck.

Taylor jumped into the amnesty issue in November by collecting some of the 34 GOP signatures for the pro-amnesty letter.

In an interview with Breitbart News before the letter was posted December 5, Taylor said the letter would not support the Democrats’ call for a no-strings “clean DREAM Act,” and would endorse additional safeguards and offsets, such as border security. But Taylor acknowledged that he wanted an amnesty to pass by the New Year before more DACA illegals lose their residence cards and work permits. He said:

We should act before the timeline so as to not make this population illegal … When you put them in this limbo, a lot of people are worried … As soon as possible is better.

We write in support of passing of a permanent legislative solution for Deferred Action for Childhood Arrivals (DACA) recipients before the end of the year … We must pass legislation that protects DACA recipients from deportation and gives them the opportunity to apply for a more secured status in our country as soon as possible. Reaching across the aisle to protect DACA recipients before the holidays is the right thing to do.

The letter did not condition the 34 GOP legislators’ support for the DACA amnesty on any concessions by Democrats, or any protections for Americans, or on any inclusion of President Donald Trump’s immigration principles.

Immediately after the letter was posted, business groups exaggerated the letter’s amnesty requests.

The Gang of 34 letter endorsed an amnesty for 690,000 DACA illegals, but the business groups portrayed the letter as GOP support for the DREAM Act. That act would put 3 million illegals on a fast-track to the voting booth, allow the illegals to win residency for millions of their parents and home-country chain-migration relatives, and to deny any protections or safeguards to 310 million Americans, such as better border protections or limits on chain-migration.

One of the business groups which exaggerated the letter was FWD.us, which was founded by high-tech investors to lower the salaries of high-tech workers. The founders include billionaires Mark Zuckerberg and Bill Gates. The group is headed by a Democratic activist, Todd Schulte.

Americans for Legal Immigration PAC added Taylor and the other 33 co-signers to its “Kate’s List” of GOP legislators who should be primaried and cited the example of Rep. Eric Cantor, the GOP’s pro-amnesty Majority Leader who was defeated by his Virginia constituents in 2014.

NumbersUSA posted an ad urging people to call his office to criticize the letter’s endorsement of amnesty. The criticism prompted Taylor to post an angry response to NumbersUSA on Facebook:

We voted for President Trump and support President Trump’s pro-America agenda. and Congressman Taylor goes on CNN almost every other weekend and bashes our President. More importantly, what is a key priority for American people is protecting our borders and national security. What out representative is doing instead of  serving the approximately 800,000 citizens in his district is protecting the over 700,000 [DACA] illegal immigrants in the United States. I do not understand why that is a priority right now… the forgotten men and women in the Second District deserve better than a Representative putting his priorities and energy into amnesty for DACA [illegals] …

This to me is a key issue and I am running to serve the citizens in the Second  District and to make sure their interests are represnted and putting them first because we cannot afford to continue illegal immigration, we need to enforce the law.

In 2007, Tranchants’s daughter was killed by a drunk-driving illegal immigrant who escaped prior deportation because local officials and President George W. Bush’s government did not want to enforce the deportation laws. 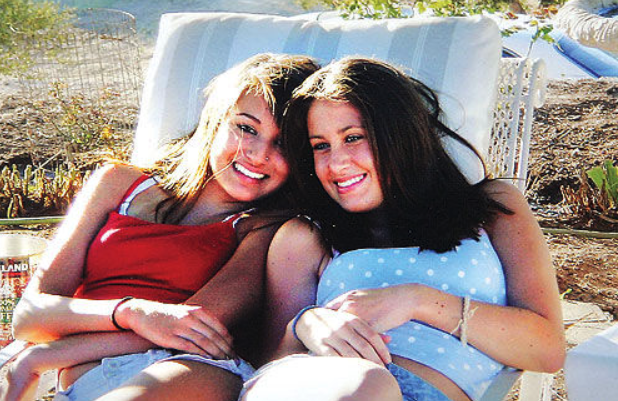 In the 2016 election, “Scott Taylor never talked at all about immigration – he talked about a strong military, a conservative guy and all of a sudden, he’s into DACA,” Tranchant told Breitbart News. Taylor and Tranchant were together at a Trump rally, where Tranchant described Elissa’s death as one consequence of the refusal by federal and Virginia Beach officials to enforce the nation’s immigration laws.

But when he reached Congress, Taylor declined to push for enforcement because of the many employers in Virginia Beach who rely on imported and illegal labor, said Tranchant.  “He’s a fence-walker … he just wants to keep his donors happy, and in this city, donors exploit illegal immigrants,” Tranchant said.

Taylor’s coziness with pro-amnesty business hurts Trump’s political agenda, he added. “It is a chain – if we don’t get [pro-American] actions done in Congress, Trump will be weakened” when he tries to push his pro-American agenda in the agencies and the public, Tranchant said.

On December 13, Taylor was forced to defend himself on Laura Ingraham’s Fox News show:

“That is complete crap. I am not for the DREAM act. I’m not for that. I am for a standalone thing that gets more security and more disincentives for illegal immigration in conjunction with dealing with this population. Let me say something. You have these groups out there who are pushing that who raise money, who have hundreds of thousands of dollars in salaries for the people like Numbers USA and these other organizations that raise money off Republican donors to attack other Republicans. I am not for that … I support the president … I am pro American. I’m an American dreamer.

Business groups and Democrats embrace the misleading, industry-funded “nation of immigrants” polls which pressure Americans to say they welcome migrants. The alternative “fairness” polls show that voters put a much higher priority on helping their families, neighbors, and fellow nationals get decent jobs in a high-tech, high-immigration, low-wage economy. The political power of the voters’ fairness priorities was made clear during the GOP primaries and again in November 2016.

The average American wants both … Americans want to be good to immigrants — but they also want to be protected. That is a reasonable position.

Jenks at NumbersUSA says Taylor did not know what he was doing when he signed the letter. She said:

A lot of the members have not been in the House for an amnesty fight. I think he really believed he could send that letter [without generating a protest] … I don’t think he has been in the position of being called out like that before, and he did not like it, and he certainly did not like us calling it amnesty.