President Donald Trump arrived in West Palm Beach, Florida, on Friday afternoon and waved a copy of a book co-written by Breitbart News Senior Editor Joel B. Pollak, How Trump Won: The Inside Story of a Revolution.

Trump had just disembarked from Air Force One and was greeted by a cheering crowd of supporters. One of them, apparently a woman according to a photo by Getty/Agence France-Presse photographer Nicholas Kamm, gave the president a copy of How Trump Won for him to sign his autograph. 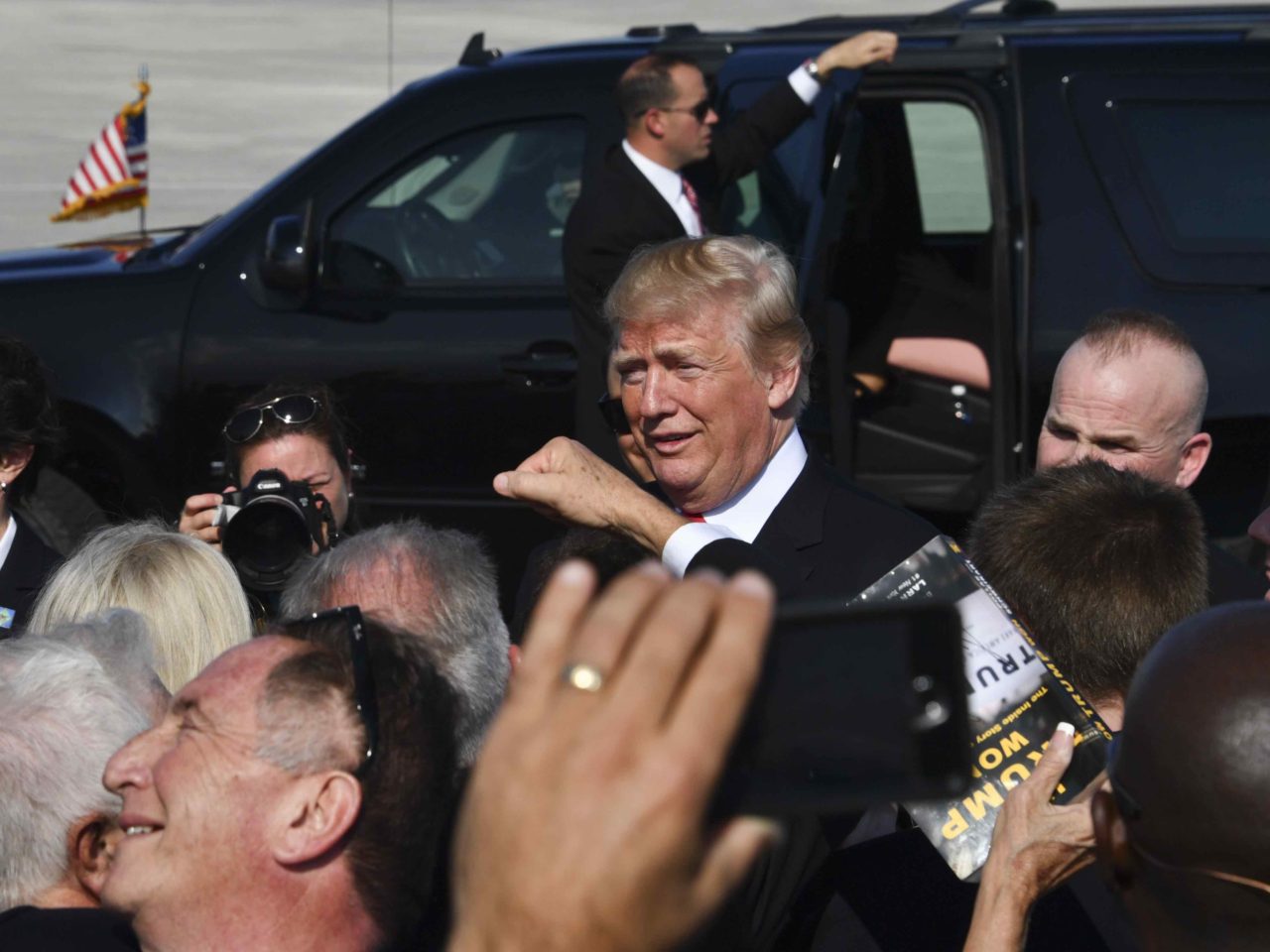 Trump saw the title, waved the book aloft, and returned the book. The moment was captured on live television on Fox News, which covered the tarmac landing.

The president was clearly in a jubilant mood after signing the Tax Cuts and Jobs Act 0f 2018 in the Oval Office, delivering on a promise to sign tax cuts by Thanksgiving. The law will lower taxes for the vast majority of U.S. taxpayers, and also includes a repeal of Obamacare’s individual mandate that forces everyone to purchase health insurance. It is by far the least popular, and most constitutionally problematic, part of the Obamacare system.

How Trump Won, co-written with historian Larry Schweikart, traces the path Donald Trump blazed to the White House, combining Pollak’s on-the-ground reporting in the battleground states in the final stages of the campaign with Schweikart’s historical perspective, as well as unique data that predicted Trump’s victory a year in advance.

Trump landed in West Palm Beach en route to his holiday home at Mar-a-Lago, where he will be spending the Christmas and New Year’s Day holidays before returning to Washington, DC, next month. Congress will return in the second week of January.