Judge William Alsup has laughed off suggestions that he’s currently presiding over the “global warming” equivalent of the Scopes Monkey Trial. 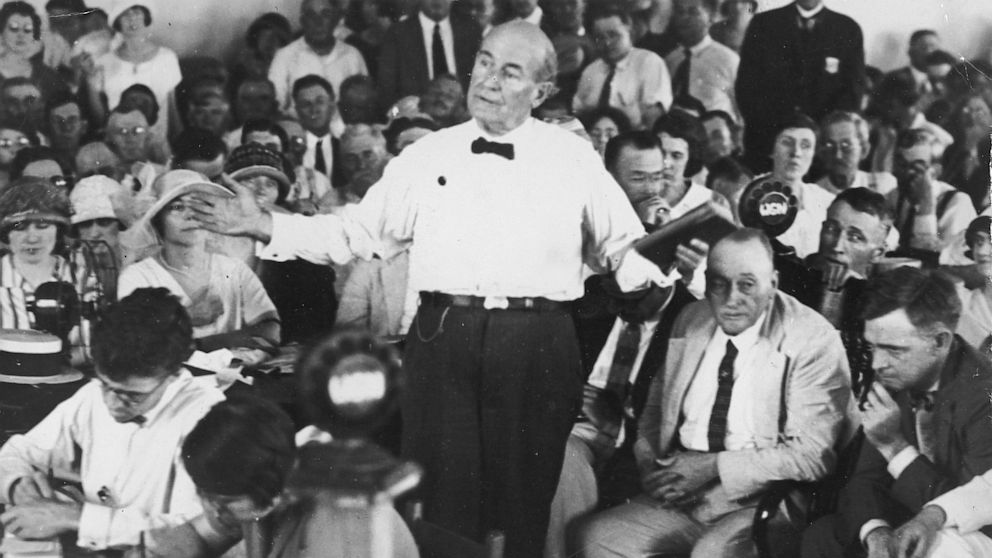 But like it or not this is essentially what is being played out right now in a U.S. federal court in San Francisco.

The climate alarmists have finally got their day in court against those pesky free-thinking intelligent people they call “climate deniers.”

Big mistake. The overconfident alarmists appear to have bitten off more than they can chew. They imagined that they’d fool the world into thinking that this was a case about ordinary, wronged citizens – specifically the cities of San Francisco and neighboring Oakland – taking on the evil, sea-level-raising, planet-destroying might of Big Oil.

The origins of this case lie in #Exxonknew. Its purpose is to attack the fossil fuel industry using much the same methods once employed against the tobacco industry. The plan was dreamed up in 2012 by a small group of climate activists meeting in La Jolla, California.

The cities of San Francisco and Oakland are suing five Big Oil firms – Chevron, Exxon Mobil, ConocoPhillips, BP, and Royal Dutch Shell – alleging that they have conspired, Big-Tobacco-style, to conceal the harm of their products. Apparently, these oil majors ought to be compelled to pay billions of dollars in compensation for the damage they have done, inter alia by causing sea levels to rise.

Already, the plaintiffs have run into a major problem. Judge William Alsup – who by rights really ought to have been one of their guys, given that he’s a Clinton appointment who lives in California – turns out to be the real deal. As this excellent overview by Tony Thomas in Quadrant notes, he has a reputation for not just taking anybody’s word for it:

While presiding in Uber v. Waymo, for example, he asked for a tutorial on self-driving car technology. In Oracle v. Google, he taught himself some Java programming language, to help understand the case.

The very last thing the plaintiffs needed was a judge who does his homework. They needed one who would take their junk science at face value.

Already, Judge Alsup has pretty much dismissed the Exxonknew conspiracy theory. “From what I’ve seen, and feel free to send me other documentation, but all I’ve seen so far is that someone [from an oil major] went to the IPCC conference and took notes. That’s not a conspiracy,” he saidl.

This does not augur well for the plaintiffs.

The oil majors have been about as helpful as a chocolate fireguard in this case. You’d think that with all those billions, they’d have a little to set aside to make a decent fight in defense of their own industry. But in fact, for reasons ranging from cowardice to convenience to cynicism, most of them are heavily invested in the alarmist cause. Exxon’s Rex Tillerson wanted the U.S. to stay in the Paris Climate Accord; Shell’s CEO Ben Van Beurden is a veritable Uriah Heep when it comes to grovelling about the evils of his industry; BP once tried to rebrand itself “Beyond Petroleum” lest anyone confuse it with a company whose business model depended on extracting sticky black stuff from the ground.

When the judge asked the various parties to give him a tutorial on climate change, only Chevron bothered to do so. Instead, most of the best scientific arguments have been made for them by skeptics offering amicus curiae – ‘friends of the court’ – briefs. Despite what you hear claimed by climate alarmists, skeptics receive little if any financial support from the oil industry because the oil industry just doesn’t want the flak – and it knows that skeptics are so committed to their cause they’re prepared to say this stuff for free, so why bother?

One amicus curiae team, supported by the Heartland Institute, comprises Christopher Monckton, Willie Soon, David Legates and William Briggs. Here is a transcript of their brief. And here – courtesy of Quadrant – is a short summary:

There is no “consensus” among scientists that recent global warming was chiefly anthropogenic, still less that unmitigated anthropogenic warming has been or will be dangerous or catastrophic …

Even if it be assumed [for the sake of argument] that all of the 0.8 degC global warming since anthropogenic influence first became potentially significant in 1950 was attributable to us, in the present century little more than 1.2 degC of global warming is to be expected, not the 3.3 degC that the  IPCC had predicted.

The other team comprises William Happer, Steven Koonin and Richard Lindzen. Here is a summary of their argument:

These people have two major problems: a) they’re not intellectually in the same league as the skeptics and b) the science just doesn’t support them.

The Warmist team’s leading academic is Professor Myles Allen of the Environmental Change Institute at Oxford University. This sounds impressive. But he didn’t do himself many favors when at one point, he told the court “Now oxygen is almost 29 percent of the atmosphere.” OK, so perhaps he was just having a Condor moment (the correct figure is 21 percent). His bigger difficulty is that his argument for the existence of catastrophic anthropogenic global warming theory is riddled with omissions and inaccuracies which are cruelly exposed here.

Allen’s presentation, for example, made much of Svante Arrhenius, the Swedish chemist who posited that increased atmospheric carbon dioxide concentrations would cause “global warming” (though Arrhenius considered this to be a good thing, not a bad thing). But our understanding of climate change has moved on since then, not least in the recognition that water vapor is a far more significant greenhouse gas than CO2.

As his anonymous demolisher notes on the blog:

Dr. Myles Allen points out that CO2 is potent relative to the non-GHGs of O2 and N2, but fails to address H2O. That is like claiming an aspirin cured the pain AFTER being given a huge dose of morphine, and never mentioning the morphine.

There is much more in this scathing vein, such as this dismissal of Allen’s claim to the court that carbon dioxide is rising to levels not seen for 20 million years:

Cherry picking at its best. CO2 has been as high as 7,000 ppm and NEVER caused catastrophic warming or ocean acidification. Life has thrived through all levels of atmospheric CO2. Coral Reefs formed during periods where there was much higher CO2. The globe fell into an ice age when CO2 was 4,000 ppm, 10x what it is today. BTW, plants die when CO2 falls below 180 ppm. We are near the lowest level in geological history for CO2, and we are dangerously close to the level where plants starve to death. Warming is infinitely preferable to an ice age. Funny how Dr. Myles Allen forgot to include the longer-term CO2 graphic. BTW, that CO2 graphic follows standard of living far better than temperatures.

The bottom line is, if you’re going to duke it out on the science, you’d better make damn sure that your science is better than your opponent’s science. In the Alarmists’ case this just isn’t an option.

Never Get Into A Fight You Can’t Win

Up till now the Alarmists have understood this. It’s why they roll the way they do, preferring to use the Appeal to Authority (and underhand bullying and smearing attacks) rather than engage skeptics in public debate. Whenever they’ve done the latter, they’ve tended to lose – as Tony Thomas notes at Quadrant.

“Do not debate!” has been warmist policy  ever since their talent was trounced by the sceptic team in a two-hour New York public debate at Radio City Hall in 2007.[7]The audience initially polled 57.3% to 29.9% for a “Global Warming Crisis”, but after the debate that flipped 46.2% to 42.2% in favour of the sceptics.

US warmist “experts” subsequently refused even to share platforms with sceptic rivals if informed critics of their shtick are given equal standing. In March, 2013, Gavin Schmidt, director of the NASA/GISS climate group, fled the TV interview room (from 6.20 mins) when he learned Roy Spencer, an expert on earth temperature readings from satellite, was arriving and would subject him to questions. A year later Dan Weiss, the director of climate strategy at the liberal Center for American Progress, did an equivalent runner rather than face sceptic Marc Morano in debate, as did Hollywood icon and “Titanic” director James Cameron in 2010.

In a recent exception, warmist Jon Christensen (UCal LA) and sceptic Willie Soon (Harvard) went head to head at a Comedy Club in Los Angeles in January. The result was not scored but the audience jeered whenever Christensen denied California’s soaring power prices were hurting low-income families.

This attempt by alarmists to take on five oil majors smacks of hubris. Or desperation. Or suicidal complacency. Or perhaps a mix of all three. Because the alarmist position happens also to be the longstanding establishment position, it’s possible that they have been lulled into forgetting just how weak their case actually is.

The Exxonknew trial belongs to another era: the one before Donald Trump came along and drove a coach and horses through the so-called climate “consensus.”

This cannot end well for the Alarmists who brought this dishonest, vexatious, and expensive case.

What did they think they were playing at?