Germany’s solar industry has crashed and burned after the government drastically cut its subsidies.

This chart tells the story of the industry’s catastrophic collapse: 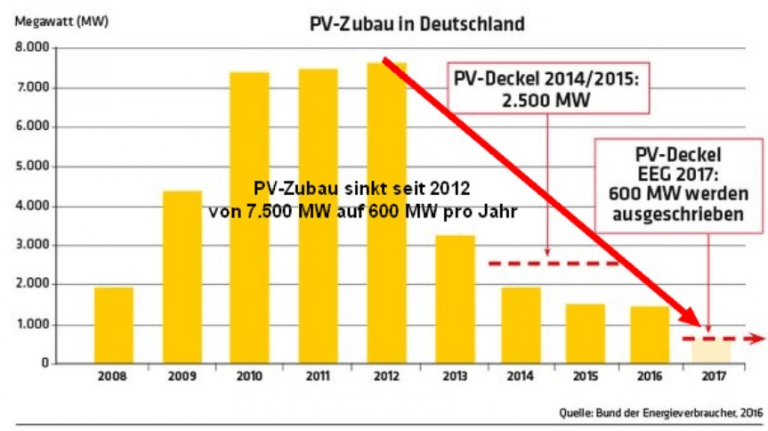 As Pierre Gosselin reports at No Tricks Zone:

And the reason for this is no mystery, as the next chart shows: 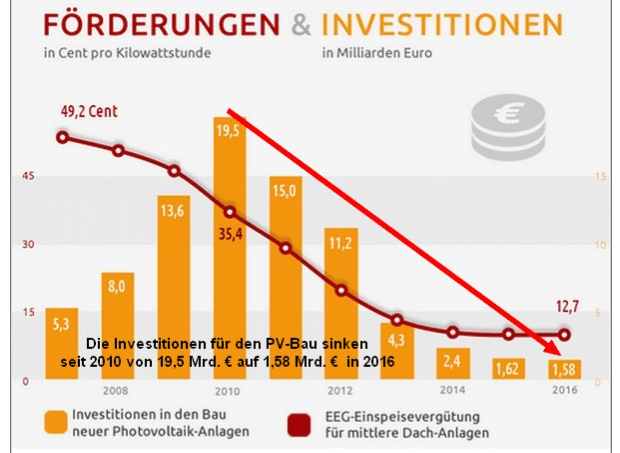 As Warren Buffett once said of his wind energy investments: “They don’t make sense without the tax credit.” It’s just the same with solar, especially in a country like Germany which sees so little sunshine.

In December 2017, for example, Germany experienced a total of just ten hours of sunshine in the whole month. So while theoretically its installed solar capacity – a huge 40 gigawatts – is almost enough to power half the country at lunchtime on a sunny day, most of the time it is next to useless.

“It’s not the job of this agency, or any job in the federal government, to use regulatory power to favor of one sector of the economy over another. And what you saw with the past administration is just that — an attitude that says fossil fuel … is something that should be diminished in favor of, what, renewables. That doesn’t mean renewables shouldn’t be a part of our electricity-generation mix. It should be. But to use regulatory power to favor renewables at the expense natural gas, oil and coal is just something that’s not within the regulatory powers of this agency. And so we’re fixing that.’

Pruitt may well wish to pay lip-service to the notion that renewables “should” be part of America’s “electricity-generation mix.” In reality, however, he knows that is only going to happen with government subsidies.

As soon as those solar subsidies are taken away, here’s what happens to solar jobs. 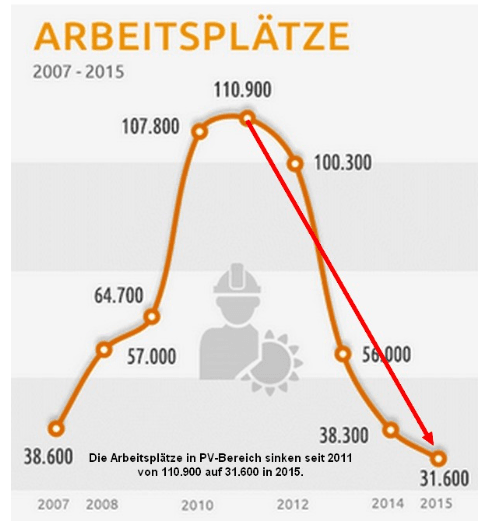