A chart by Axios’s Andrew Witherspoon chronicles the decline of the international student visa: 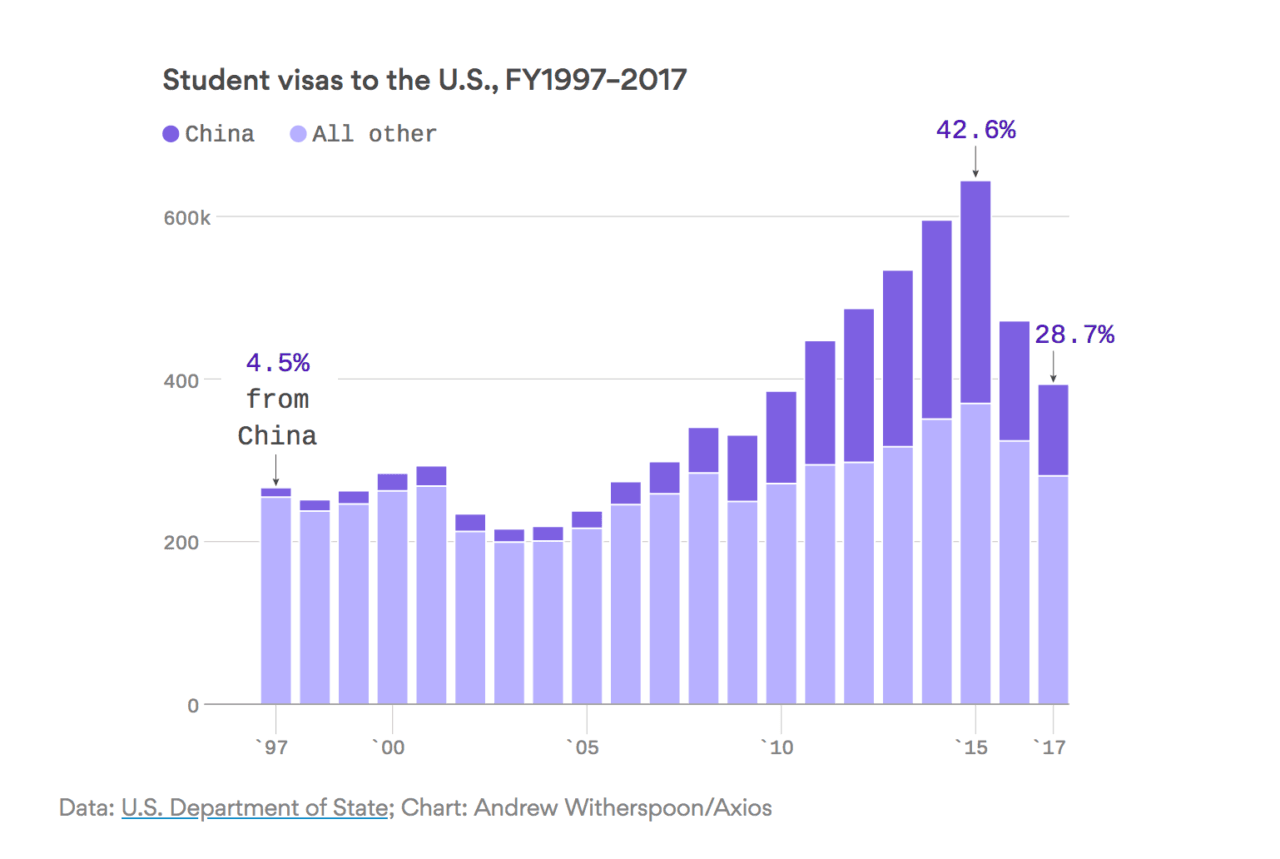 The drop in international students arriving in the United States is welcome news for American students and graduates who will see relief from not having to compete for high-paying industry jobs against large numbers of foreign workers.

As Breitbart News reported, foreign-born workers already outnumber Americans in Silicon Valley, California, the hub of the technology industry. The importation of foreign students and workers through various visa programs has burdened American graduates and workers with having to compete for white-collar jobs against cheaper, foreign workers, specifically from India and China.

Visa programs like the H-1B visa, which allows corporations and nonprofits to import more than 100,000 foreign workers a year, is skewed heavily to favor male, Indian nationals, as they make up nearly 70 percent of all imported foreign workers on the H-1B visa, as cited by the Center for Immigration Studies.