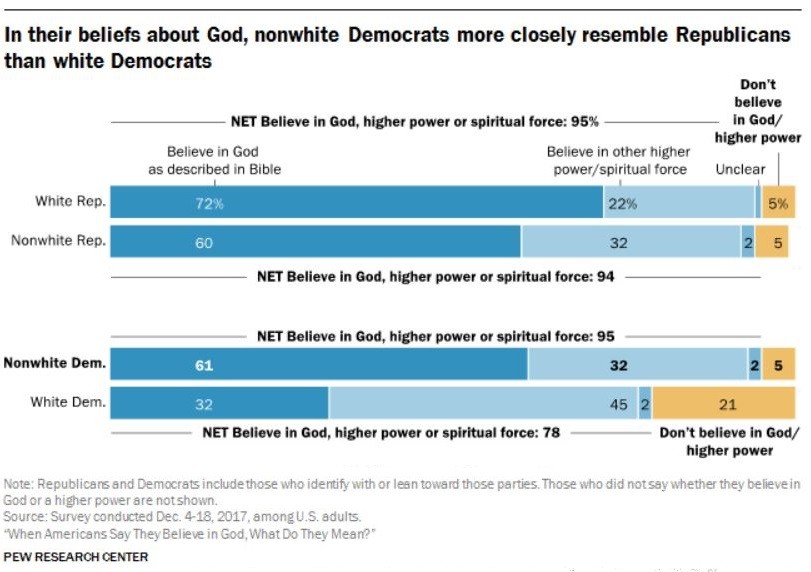 Pew on religion and race

These findings regarding personal belief mirror data on other measures of religious commitment, Pew found.

In its most recent Religious Landscape Study, Pew found that non-white Democrats are nearly twice as likely as white Democrats to attend church at least once a week (39 percent vs. 22 percent), which aligns them more closely to the worship practices of Republicans, among whom 44 percent say they attend services at least weekly.

Black Democrats are even more religiously committed than other non-white Democrats, with nearly half (47 percent) saying they attend church at least once a week. Almost three-quarters of black Democrats pray daily (74 percent) and say religion is very important in their lives (76 percent).