Matthew Handy and Adria Barrington discovered it is not always easy to be a black conservative who supports President Donald Trump in Washington, DC.

Handy and Barrington were part of the Rocky Mountain Black Conservatives’ summer intern program. The program, which just wrapped up last week, affords young, black conservatives the opportunity to work with like-minded members of Congress and at conservative think tanks in the nation’s capital.

Handy, 20, hails for Hopkinsville, Kentucky where he is a student at Hopkinsville Community College. He was an intern for Rep. Mike Boss (R-Ill).

Barrington, 33, had a career as a correctional officer in Florida before turning to politics and worked in Rep. David Schweikert’s (R-AZ) Capitol Hill office. 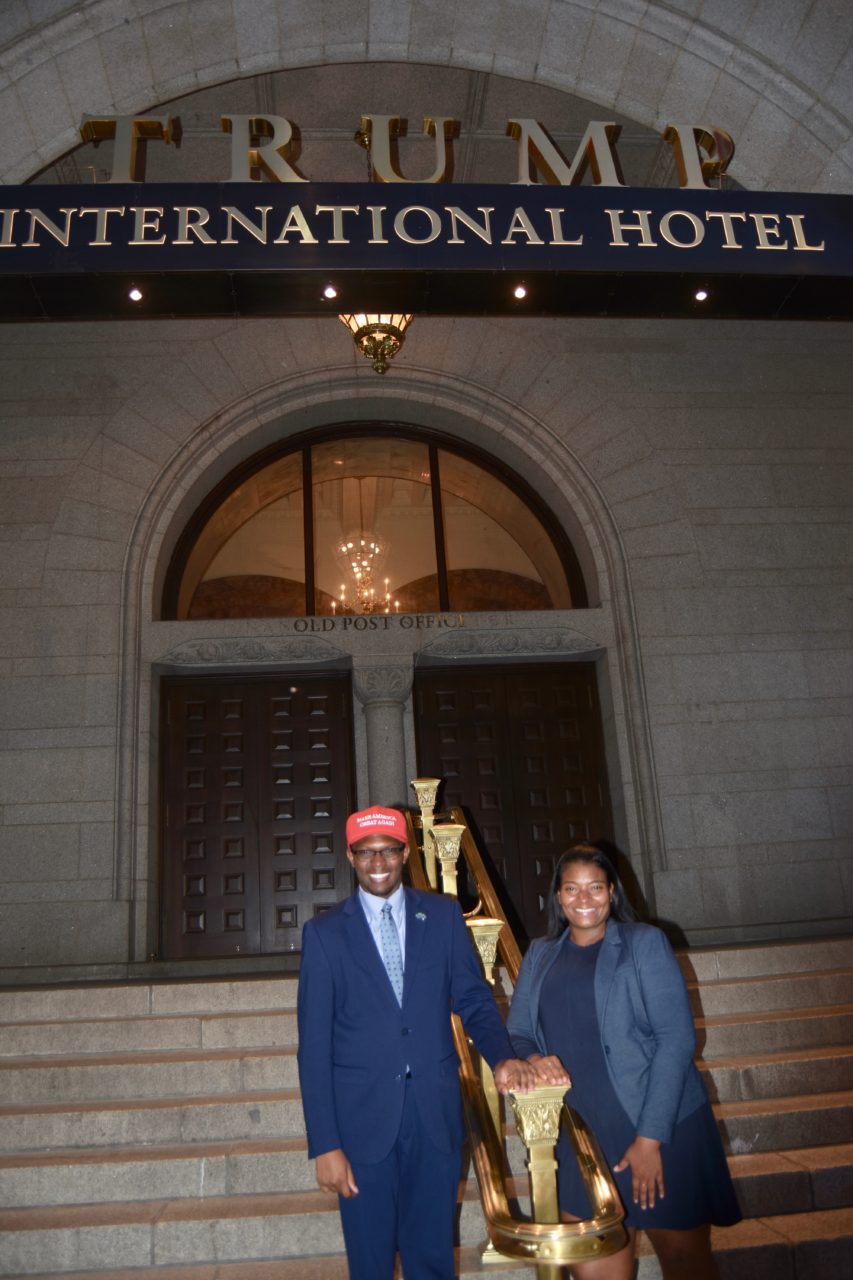 They never expected that their journey would include facing discrimination because of their political beliefs.

But that changed when Handy and Barrington and another friend ordered an Uber to take them to Trump International Hotel for a Make America Great Again meetup.

The driver spotted their MAGA hats and allegedly refused to give them a ride.

Handy and Barrington told Breitbart News they were taken aback by the encounter but, at the end of the day, they feel empowered.
“I was mad,” Handy said. “I was furious. It struck a chord with me only because we’re supposed to be accepting of everybody else but when it comes to us and our beliefs, we’re supposed to keep them quiet or hide them.”

“We were discriminated against based on our political affiliation,” Handy said, adding that he’s determined to follow his political dreams.

Barrington said she has never really worn her political ideology on her sleeve, but going forward things will be different.

Barrington said the discrimination she faced would make her “push harder.”

“I might even run for office now,” Barrington said. “It’s just an empowering effect.”

“I want to be the face of the new black American conservatives,” Barrington said. “I think it will start here with us. I really do.”