As the White House continues negotiations with Republicans and Democrats on Capitol Hill, there has been one immigration deal that has yet to die: Amnesty first, a border wall last.

The billionaire class and donors of the GOP and Democrat political establishments have been able to keep their dream of an amnesty for more than a million illegal aliens enrolled and eligible for President Obama’s Deferred Action for Childhood Arrivals (DACA) program alive.

Aside from increased Immigration and Customs Enforcement (ICE) enforcement and former Attorney General Jeff Sessions’ legal reforms, the Trump administration has yet to deliver on some of the key promises of his campaign, including a wall along the southern border, mandatory E-Verify, an executive order to end birthright citizenship, and a reduction of legal immigration levels to raise the wages of America’s working and middle-class.

And while the federal government remains shut down as Republicans and Democrats have failed to reach a deal to fund Trump’s proposed border wall, the billionaire class’s hope for an immediate DACA amnesty and promises of a wall down the road remain in the discussion.

Some in Trump’s base — those whose support is contingent on whether his economic nationalist immigration platform is executed — say the deal would be the final nail in the coffin and nearly solidify his re-election loss in 2020.

“Any support of DACA amnesty, before, after or during construction of a border wall is a betrayal to his campaign promises,” ALIPAC President and activist William Gheen told Breitbart News.

Gheen’s organization is a network of Americans who congregate online and in discussion boards to voice their opposition to amnesty for illegal aliens. Such a deal would “destroy all walls and borders,” Gheen said, mentioning how the American electorate would likely be transformed and further tilted to favor Democrats should there be a mass legalization of illegal aliens.

“I feel quite certain that Trump would have never been elected president if he was talking about negotiating an amnesty for a border wall,” Gheen said.

For Kansas Secretary of State Kris Kobach, whom conservatives have pushed to become the next Department of Homeland Security (DHS) secretary, a DACA amnesty before a border wall is built and legal immigration levels are reduced is merely inviting more illegal immigration.

“Not only would it be detrimental, it would be an incredibly bad deal,” Kobach told Breitbart News Sunday on SiriusXM Patriot Channel 125 this weekend. “Any amnesty, whether it’s a DACA amnesty or some other amnesty, will have incredibly negative consequences for the country.” 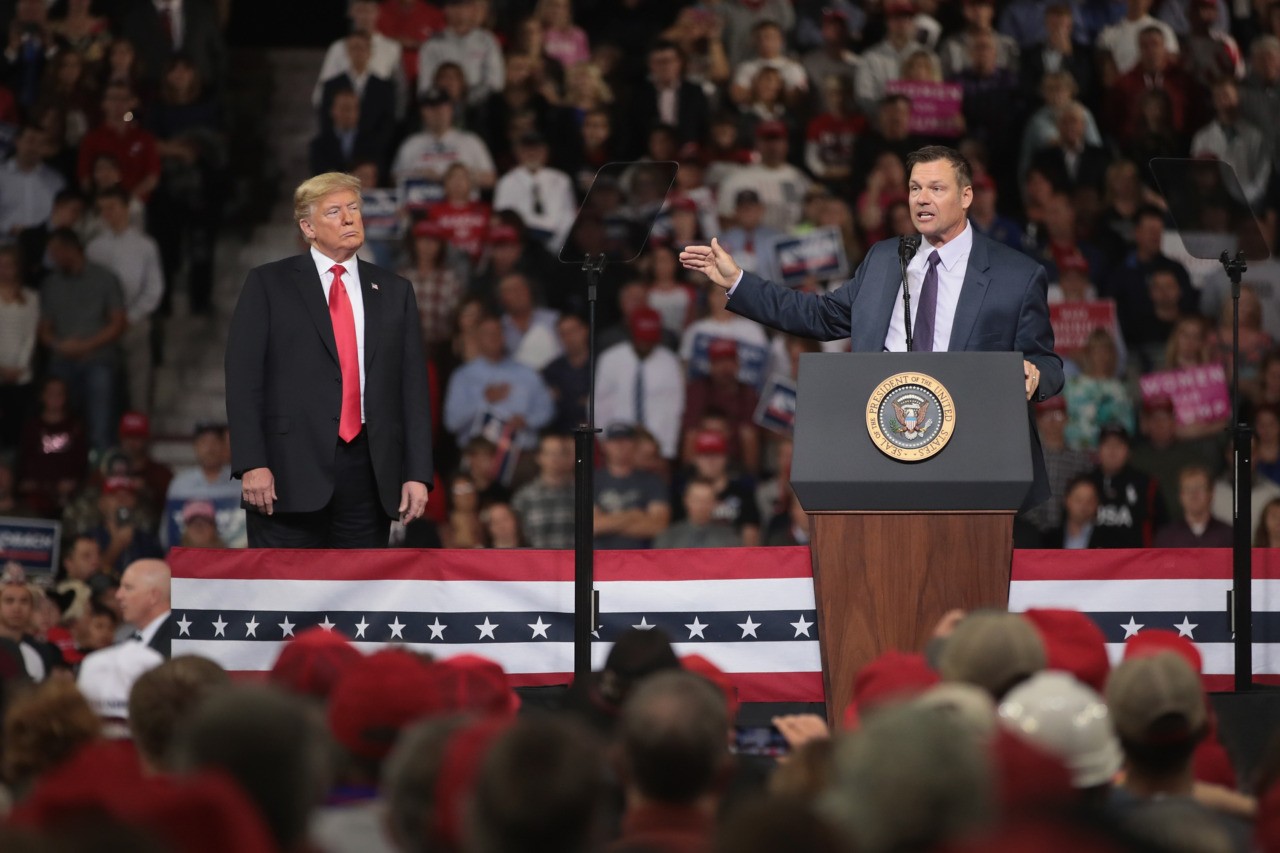 Kris Kobach speaks at a rally with President Donald Trump at the Kansas Expocentre on October 6, 2018, in Topeka, Kansas. (Scott Olson/Getty Images)

Indeed, when President Ronald Reagan signed off on the 1986 amnesty, not only was the promise of a secure border never secured, but illegal immigration continued surging at the southern border.

Between 1987 and 2000, the southern border was seeing an annual flow of about 1.3 million illegal aliens every year. Legal immigration levels, likewise, skyrocketed. In 1987, the U.S. admitted about 600,000 legal immigrants. By 1991, the number of legal immigrants admitted to the country had spiked to almost two million in a single year.

“Every time Congress starts talking about an amnesty, we see a surge at the border,” Kobach said. “And so to grant amnesty has all of these negative consequences.”

“All you’d end up doing is basically stimulating another wave of illegal immigration and manage to complete a small fraction of the total wall,” Kobach said.

New York Times best-selling author and conservative populist columnist Ann Coulter has been so frustrated with the lack of progress on the border wall that she regularly posts online a “border wall construction update.”

Even for Coulter, though, the longing for a border wall must not come at the expense of an amnesty first, granting immediate benefits for illegal aliens while leaving Americans left hoping they see less illegal immigration in the future.

“Millions of voters not only won’t vote for [Donald Trump] again, but will never vote Republican again if they pass this DACA amnesty,” Coulter wrote in 2017 on Twitter when the billionaires’ preferred DACA amnesty plan was being considered by House and Senate Republicans and Trump.

While the amnesty first, wall last deal would give Trump anywhere between $1.6 to $5 billion for his border wall, that money would not see the light of day for potentially years. Meanwhile, the amnesty component would begin instantly.

In terms of legal immigration, a DACA amnesty would implement a never-ending flow of foreign relatives to the DACA illegal aliens who can be readily sponsored for green cards through the process known as “chain migration.”

Based on Princeton University research, the country could see surges of chain migration to nine million solely due to the amnesty as every newly naturalized Mexican immigrant brings about six foreign relatives with them to the U.S.

While immigration increases, the border wall would continue to be a promise and could even be held up by federal judges, a future Congress, or another DHS secretary.

Then there’s the national security aspect.

Angel Mom Mary Ann Mendoza campaigned for Trump in 2016. She found support from him following years of being ignored by elected Republicans and Democrats after her son, 32-year-old police officer Brandon Mendoza, was killed by a drunk illegal alien who was driving the wrong way down a highway in Mesa, Arizona.

For Mendoza — who has now dedicated her life to stopping illegal immigration, co-founding AngelFamilies.org — the wall is personal.

“I’ve seen government workers say they are working without pay because of the shut down right now. I would go without pay indefinitely if it meant having my son back in my life,” Mendoza told Breitbart News. 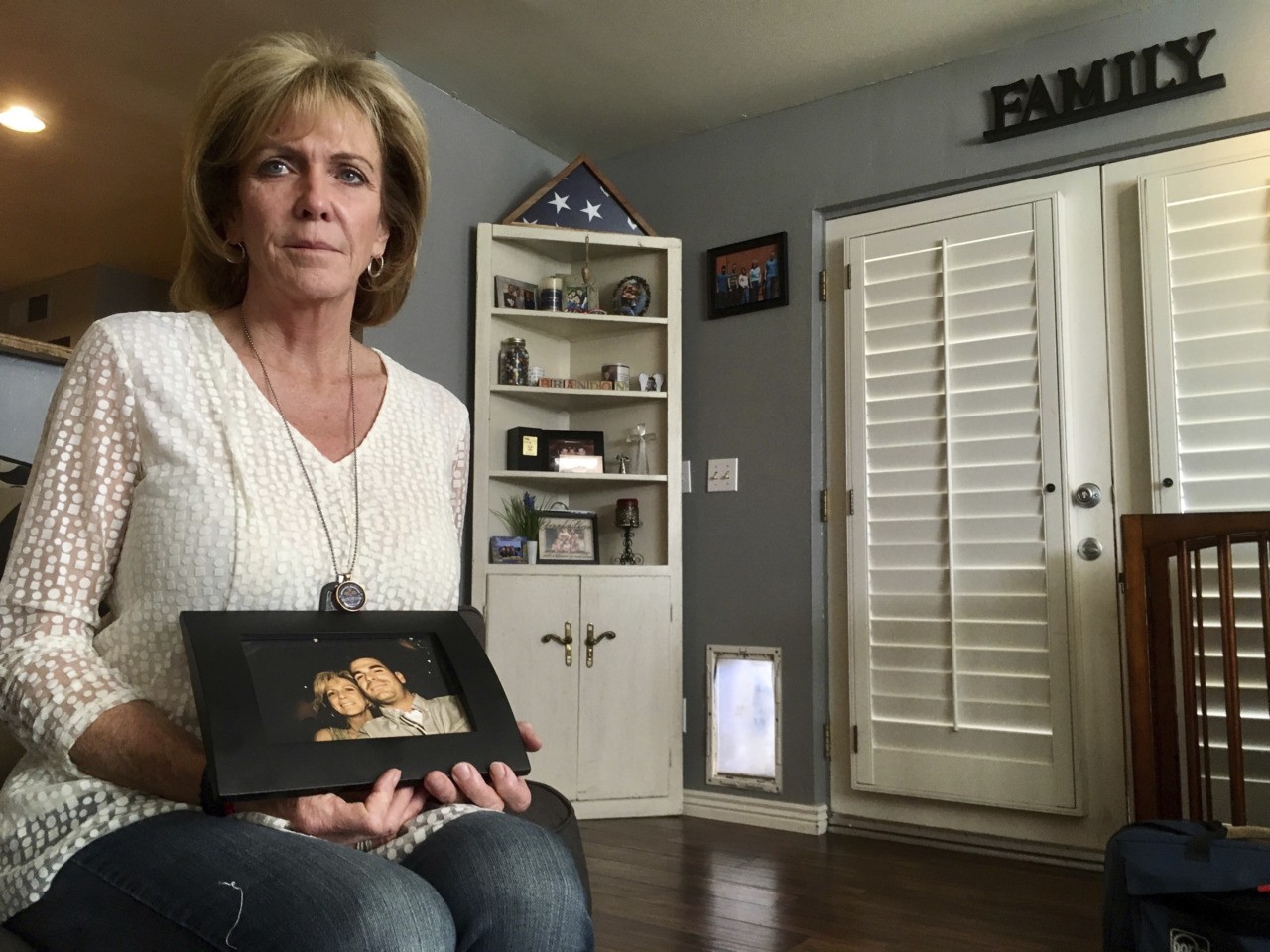 Mary Ann Mendoza poses for a photograph while holding a framed picture of herself and her son, Brandon Mendoza, on Thursday, March 2, 2017, at her home in Mesa, Ariz. Mendoza’s son, a Mesa police officer, was killed on May 12, 2014, in a head-on collision with a man who authorities say was intoxicated and an immigrant in the country illegally. Both Brandon Mendoza and the other diver were killed in the crash. (AP Photo/Brian Skoloff)

Mendoza considers even the consideration of an amnesty for illegal aliens before a border wall is constructed a “slap in the face” to the thousands of Angel Families who have lost children to illegal immigration.

“It would be a real slap in our faces if this is considered,” Mendoza said. “A lot of us have stopped our everyday life to fight this fight to try and get the word out about illegal immigration.”

Despite strong opposition from Trump’s base, the DACA amnesty first, border wall last deal has continued to come up in discussions at the White House’s negotiations with Republicans and Democrats.

Taking such a route, with all of its consequences for American citizens, would be juxtaposed against a number of recent high-profile murders allegedly committed by illegal aliens. Mollie Tibbetts, police officer Ron Singh, and 22-year-old Pierce Corcoran are just a few of the Americans whom prosecutors say have lost their lives at the hands of illegal aliens.

“Put the wall up and then we’ll talk about the people who are here,” Mendoza said. “It needs to be flipped. Protection of the American people must be first and foremost in our politicians’ minds.”