Democrats and nuclear weapons opponents held a press conference at the Capitol on Tuesday in support of legislation that would take the unilateral authority to launch a nuclear weapon away from the presidency.

Sponsors Sen. Ed Markey (D-MA) and Rep. Ted Lieu (D-CA) were quick to say President Donald Trump did not inspire the bill, which was first introduced in 2016 “when everyone thought Hillary was going to be the next president,” Lieu said.

But both men and others who spoke cited Trump as a reason for “urgency” to get the legislation passed, calling him “paranoid” and “unstable” and displaying an array of placards with the president’s tweets and statements to prove their point. 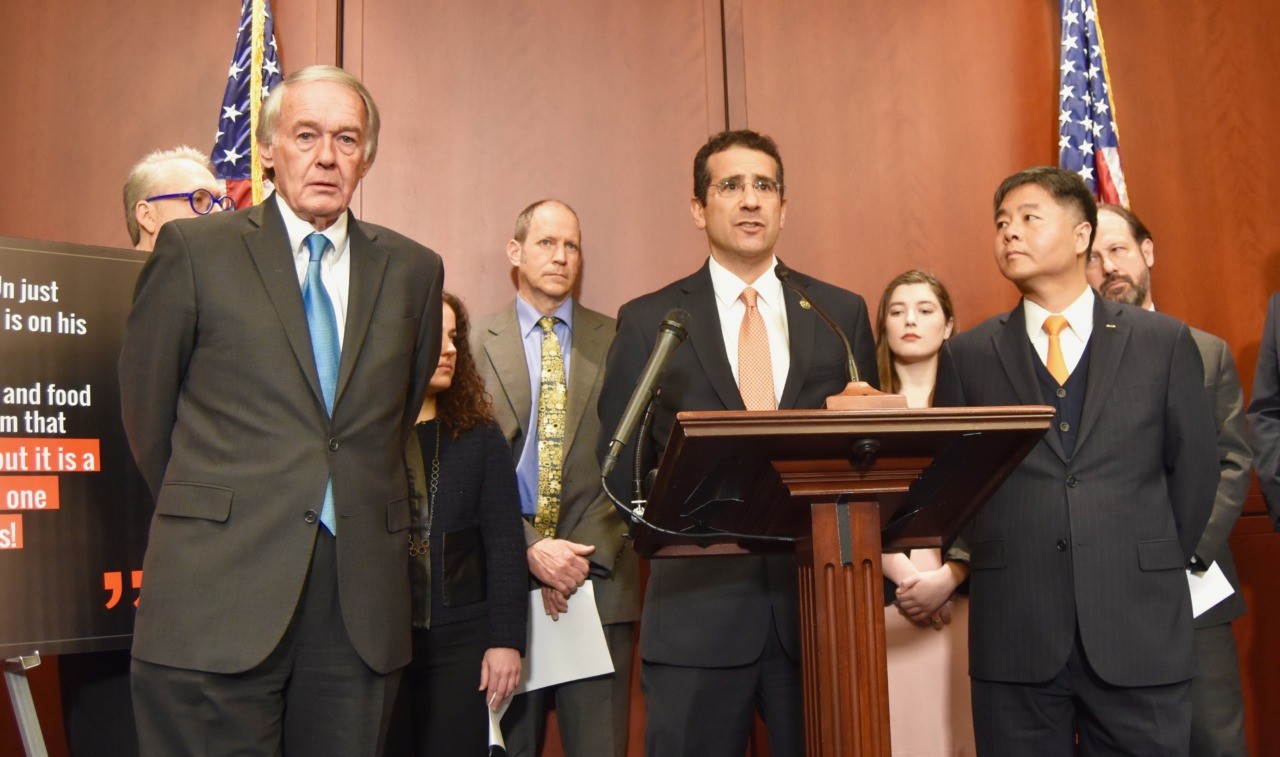 Tom Collina, director of policy at Ploughshares Fund, an anti-nuclear weapons organization, said at the event that Trump was unstable and with ‘one phone call’ could launch thousands of nuclear weapons. (Penny Starr/Breitbart News)

“Now more than ever we need to cement this common-sense national security protection into law,” Markey said. “That’s because today, we have a president who has welcomed a 21st-century nuclear arms race with Russia while simultaneously tearing down the global arms control regime that has created stability, transparency, and security for decades.” 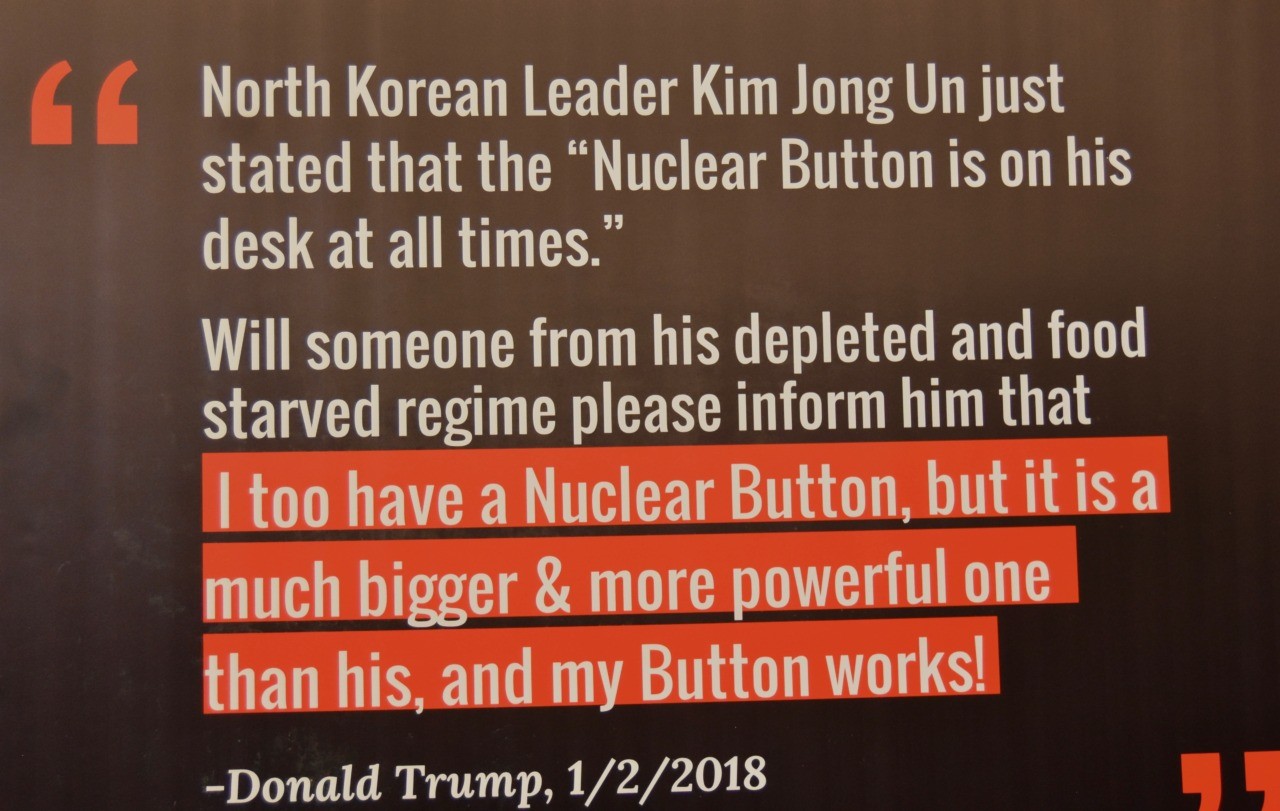 “A president who has shown time and again that he has no qualms acting impulsively with no consultation and with little justification in matters both foreign and domestic and who disturbingly believes that escalation and bullying are acceptable political tactics,” Markey said.

“I wish I could tell you that this was a fantasy, but today it’s our reality,” Markey said. “You just look around at some of these tweets and statements by the president.”

Freaked out by Trump's tweet threatening nuclear war with #NorthKorea? Support HR 669 / S 200 by Senator @EdMarkey and me. This bipartisan legislation prevents @POTUS from launching a nuclear first strike without Congressional authorization. https://t.co/rR6MKQIkT2

“This bill was not introduced in response to Donald Trump,” Lieu said. “We introduced it under the Obama administration at a time when most people thought Hillary was going to be the next president.”

“However, with Donald Trump, there is more urgency to this legislation,” Lieu said.

One of the speakers was Tom Collina, director of policy at Ploughshares Fund, an anti-nuclear weapons organization.

“Congress needs to work on this issue now more than ever  — within minutes with just one phone call President Trump could unleash up to a thousand nuclear weapons each one many times more powerful than the Hiroshima bomb,” Collina said. “Such an act would end civilization, millions of people and no one — not one single person could stop the president from unleashing this incredible force.” 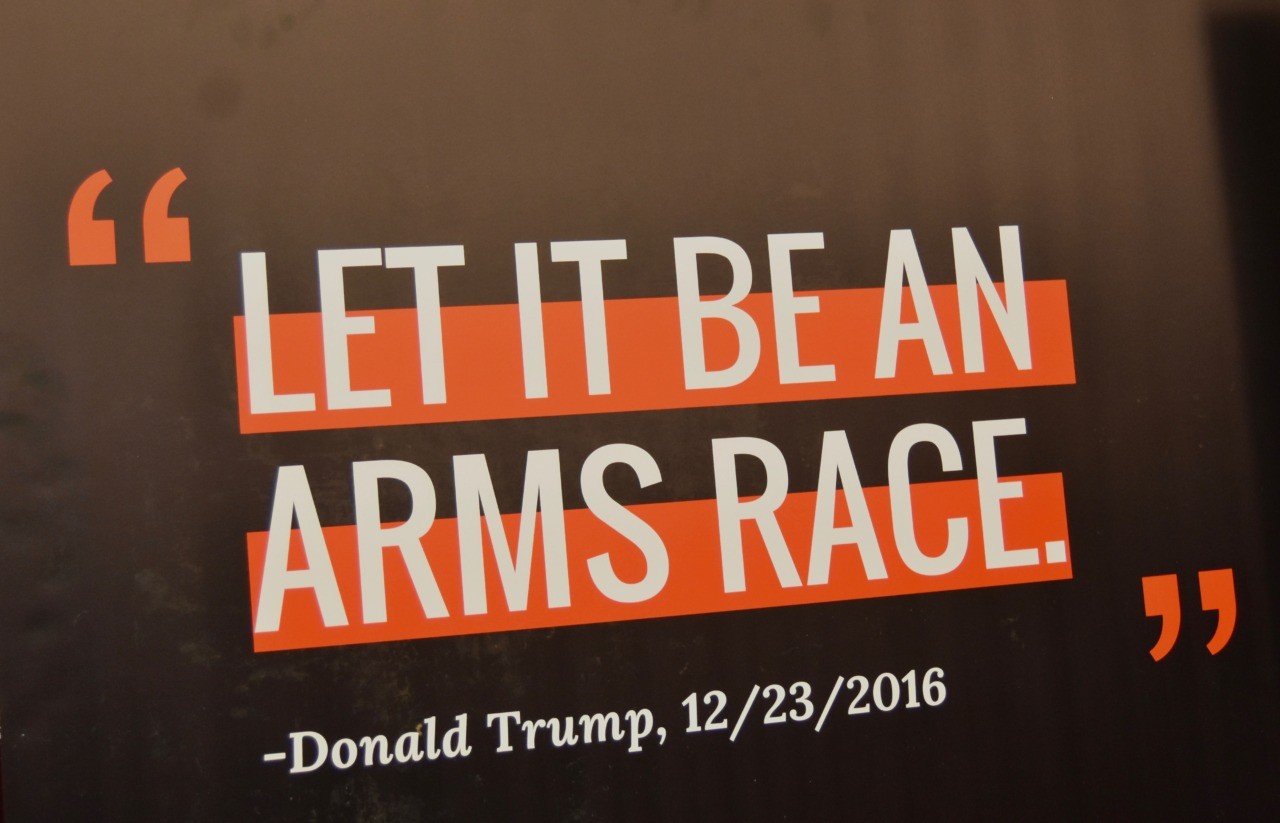 “For President Trump starting a nuclear war is about as easy as sending a tweet or as easy as pushing a button,” Collina said, holding up a novelty red button. “President Trump has proved himself to be an unstable and erratic leader.”

Lieu explained that the legislation would fix a “longstanding Constitutional defect” that allows one person to declare war by launching a nuclear weapon or weapons when the Constitution grants that power to Congress.

If the House and Senate pass the bill, the president would have to sign it into law.