Ending illegal immigration to the United States is the top priority for Republican voters in terms of increasing the American quality of life, a new survey finds.

In the latest comprehensive survey conducted by Pew Research Center, about 65 percent of GOP voters said the highest priority of the Republican Party should be ending illegal immigration and reducing the illegal alien population currently living in the U.S.

Mass illegal and unchecked immigration to the country has stagnated U.S. wages for decades while redistributing the wealth of America’s working and middle class to higher income earners.

The Pew Research survey reveals Republican voters, by a majority, view illegal immigration as a burden to their quality of life that will impact future generations. 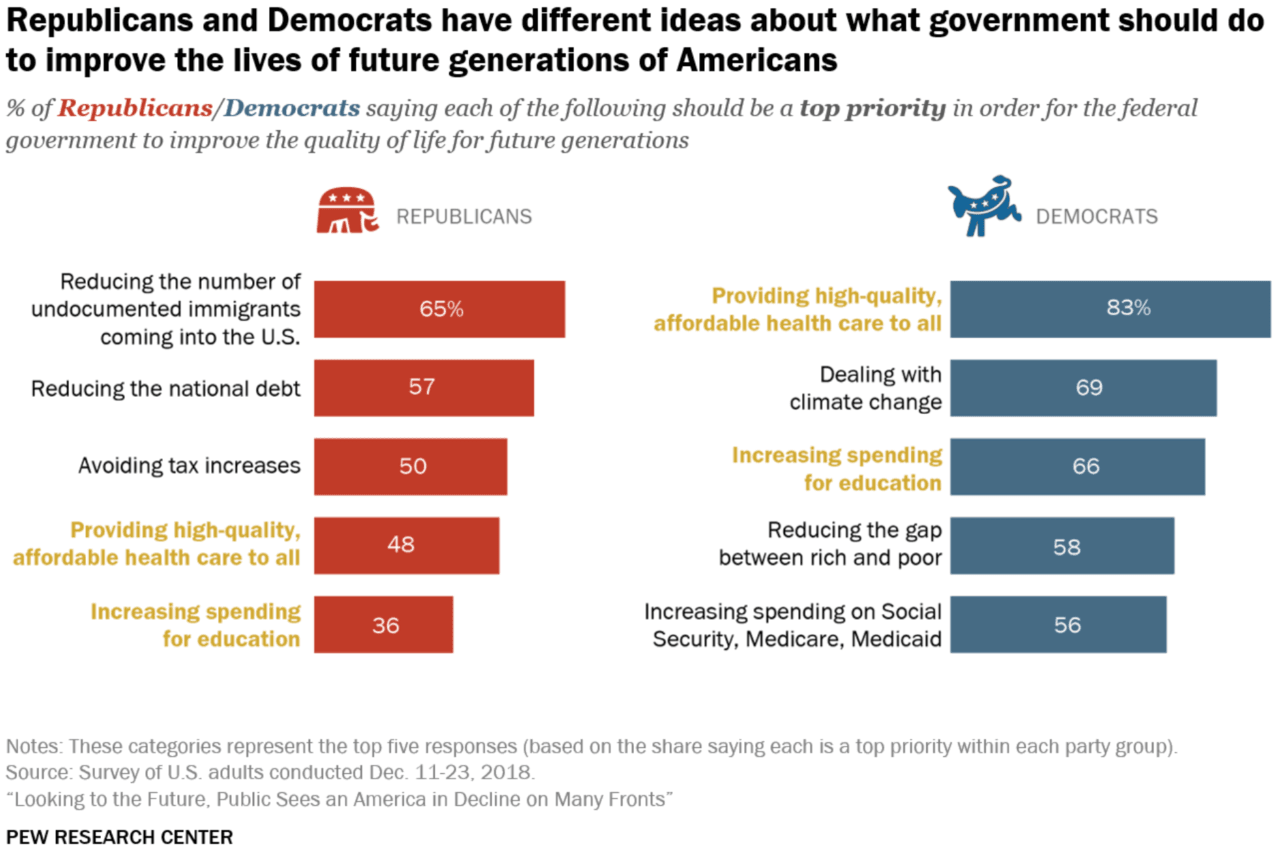 Nationwide, there are roughly 11 to 22 million illegal aliens living in the country. As Department of Homeland Security (DHS) data has revealed, once illegal aliens resettle in the U.S., the overwhelming majority are never deported.

In terms of wage stagnation, research by the National Academies of Sciences, Engineering, and Medicine has discovered that the country’s mass illegal and legal immigration policy — where more than 1.5 million foreign nationals are admitted every year — shifts about $500 billion in wages away from working and middle class Americans toward new arrivals and economic elites.