The H-2B visa program, whereby businesses are allowed to import foreign workers every year, has dragged down the wages of blue-collar Americans, a new study reveals.

Every year, U.S. companies are allowed to import 66,000 low-skilled H-2B foreign workers to take blue-collar, non-agricultural jobs. For some time, the H-2B visa program has been used by businesses to bring in cheaper, foreign workers and has contributed to blue-collar Americans having their wages undercut.

The latest study by the Center for Immigration Studies (CIS) finds that throughout Fiscal Year 2018, blue-collar Americans in landscaping, conservation work, the meatpacking industry, construction industry, and fishing jobs have had their wages dragged down by foreign workers imported through the H-2B visa program.

When CIS researchers reviewed wage data comparing the wages of H-2B foreign workers to the national wage average for each blue-collar industry, about 21 out of 25 of the industries offered lower wages to foreign workers than Americans. 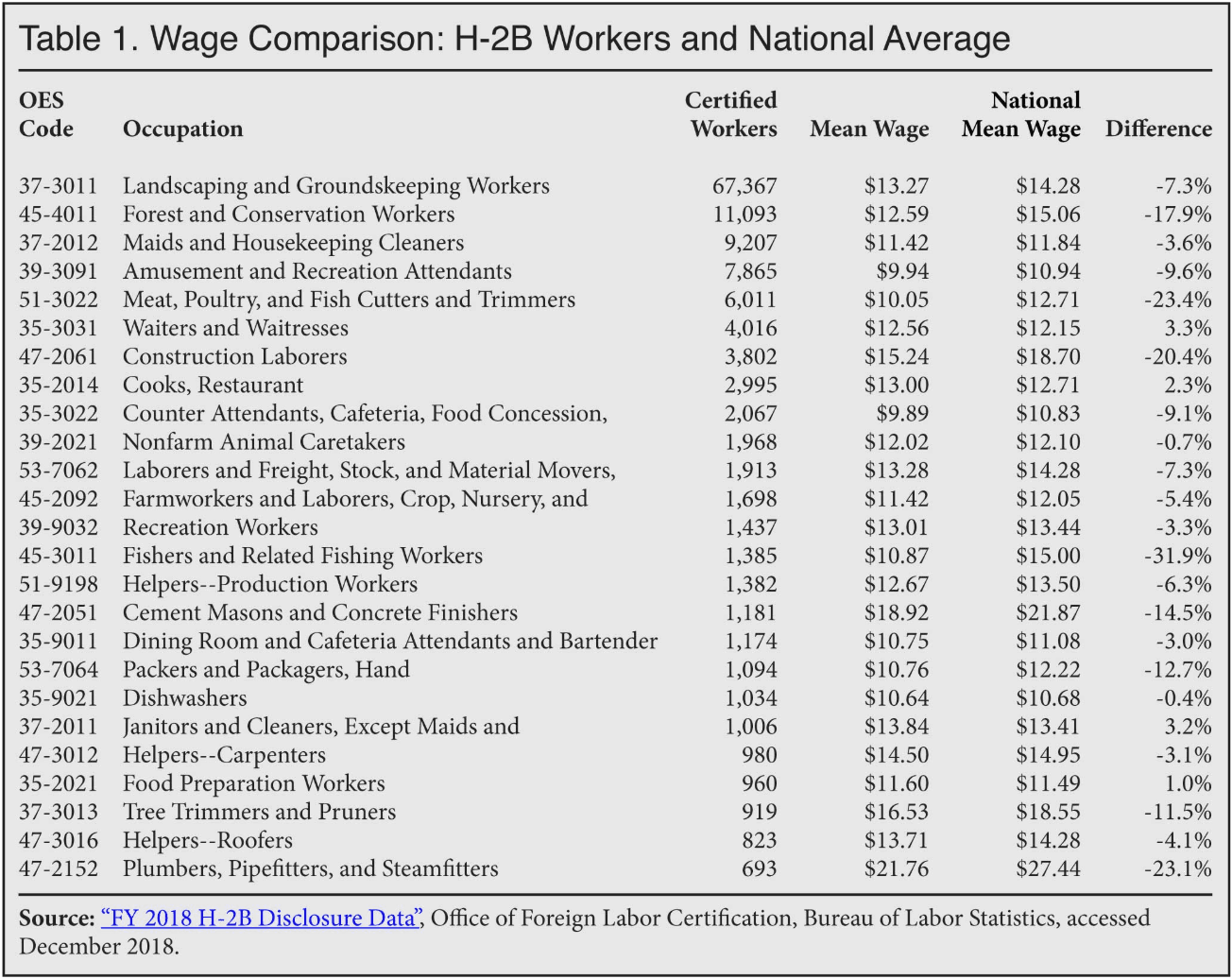 Despite the H-2B visa program keeping working-class Americans’ wages down, the Democrat and Republican political establishments have joined the business lobby to push a plan that would give U.S. industry an unlimited supply of low-skilled foreign workers through the H-2B visa program.

The plan would cut poorer and working-class Americans completely out of the U.S. labor force by replacing them with foreign workers.

Though President Trump signed his “Buy American, Hire American” executive order in early 2017, his Department of Homeland Security (DHS) Secretaries, General John Kelly and Kirstjen Nielsen, have each approved an additional 15,000 foreign workers for business to import in 2017 and 2018.

Every year, the U.S. admits about 1.1 million mostly low-skilled legal immigrants, many of whom immediately become low-wage competition for America’s working and middle class. The latest data from the U.S. Census Bureau marks a nearly 108-year record high of immigration to the country. In 2017, the foreign-born population boomed to 13.7 percent, encompassing 44.5 million immigrants.