The latest study from the Migration Policy Institute (MPI) reveals the growing number of illegal alien teenagers who are enrolled and graduating from U.S. high schools. Researchers find that about 98,000 illegal aliens every year graduate from high schools across the country. 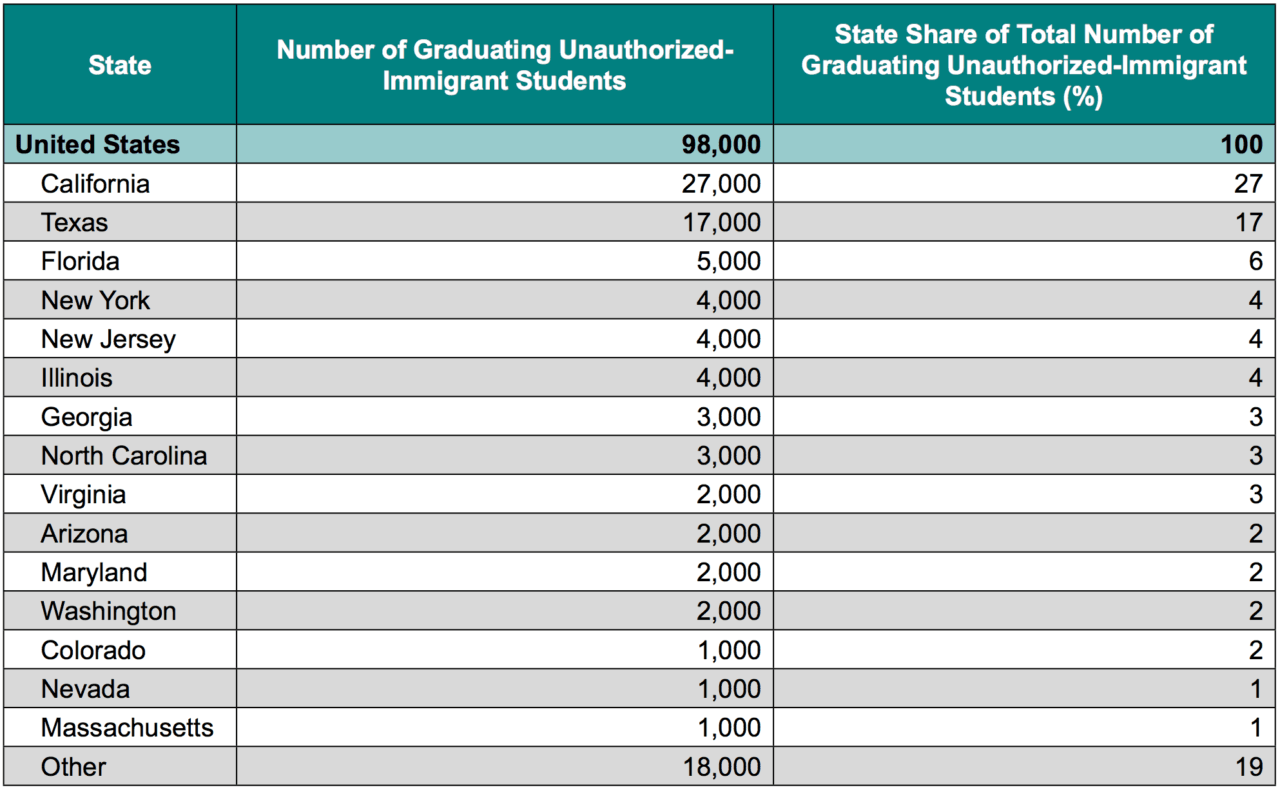 New York, New Jersey, and Illinois each graduate about 4,000 illegal aliens from high school every year. Overall, 15 states are home to more than 80 percent of all illegal alien high school graduates.

Every year, the U.S. admits more than 1.5 million illegal and legal immigrants, with more than 70 percent arriving through the process known as “chain migration,” where newly naturalized citizens can bring an unlimited number of foreign relatives to the country. In 2017, the foreign-born population reached a record high of 44.5 million.

By 2023, the Center for Immigration Studies estimates that the legal and illegal immigrant population of the U.S. will make up nearly 15 percent of the entire U.S. population.