Officials are reviving the long-ignored requirement that asylum-seeking migrants must seek safety in their home country before asking for refuge in the United States, says President Donald Trump’s deputy at the U.S. Citizenship and Immigration Services (USCIS) agency.

“We … know that there are safe places in all of these countries to live,” acting director Ken Cuccinelli told Breitbart News, adding:

“Let me clarify that it’s not a new policy,” he told Breitbart News. “This is my efforts to harness the information we have available and provide it to our officers and remind them of various requirements of the regulations.”

The opposition from migration advocates has been muted, so far. But many asylum officers in USCIS may quietly oppose the policy, in part, because they prefer to provide migrants with green cards.

The new policy is just one of numerous small, medium, and large steps that are being undertaken by border officials to combat the huge migration of almost 800,000 migrants in only nine months. The migrants come mostly from Central America but are also arriving from South America, African and Asia, and India.

The administration’s “broad strategy” comes after progressive lawyers and pro-migration judges have temporarily blocked many of the major policies announced by the administration, including policies to end the DACA amnesty, build the wall, detain migrants, and tighten asylum rules.

The revived focus on internal migration already paid off when asylum offices faced a wave of asylum requests from people in the chaotically diverse country of India.

State Department officials have gathered much information about internal conflicts and safe zones for various population groups in India.  Amid growing requests for asylum, “when that level of detail became available … and our officers were introduced to the information and trained up on it, there was a very distinct change in outcomes,” he said. The outcome numbers “literally flipped … because of the availability of so many internal relocation options for Indians.”

The same lessons can be used in response to the huge migration from Central America, he said. “India has more than a billion people, Guatemala has 15 million, El Salvador 6.7 million, Honduras has just over 9 million. So the size isn’t quite the same … but the lesson is still the same. And that’s what we’re trying to duplicate here by sending out this detailed information,” he said. 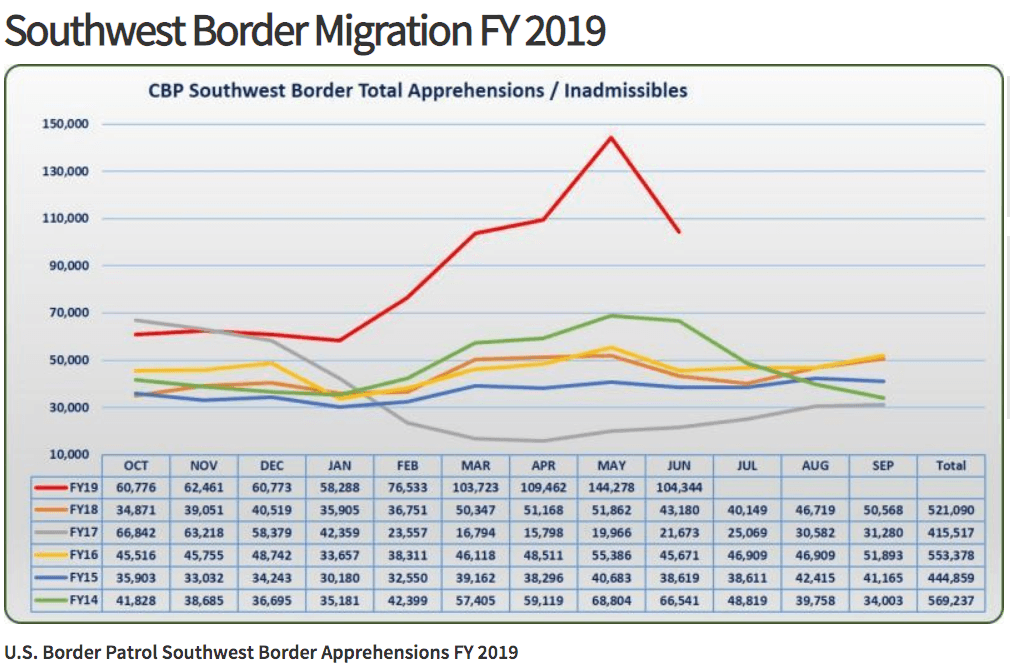 When confronted with evidence of private violence, you must consider whether internal relocation is possible. 8 CFR 208.13(b)(3) provides that factors adjudicators should consider include but are not limited to “whether the applicant would face other serious harm in the place of relocation; ongoing civil strife in the country; administrative, economic or judicial infrastructure; geographic limitations; and social and cultural constraints such as age, gender, health and social and family ties.”

Many of the cases arising at the Southern border are cases of individuals that are willing to engage in costly and dangerous international travel – neither of which would be necessary if they sought refuge within their home country, particularly given the fact that there are areas that are generally very safe within each of the countries that currently make up the bulk of our credible fear cases. Asylum officers should be eliciting testimony to determine if the alien attempted to internally relocate to any safe areas prior to the alien’s travel to the United States.

Right now @USCIS faces an unprecedented number of aliens overwhelming our system, many of whom are ineligible for asylum. Our officers are working hard to determine who is able to safely relocate within their home country & who truly needs asylum in ours https://t.co/9VFUb67Y1W

When I started working as an asylum officer more than 26 years ago, it seemed like a dream job. At the time, hundreds of thousands of Central Americans were fleeing horrific political repression by their governments, which had the backing of the United States. I was a law student in Washington, working at an aid center for recent immigrants. Most of my friends and colleagues were pretty skeptical of the federal government. But I thought that this could be a way to help people, while fighting for what I thought America should be: a beacon of freedom, offering refuge to those in need.

The Trump administration’s policies have turned the process into a Kafkaesque nightmare. My colleagues and I have interviewed thousands of asylum seekers from Guatemala, El Salvador and Honduras and told them that they had to return to Mexico while their cases were processed — knowing all the while that they might be kidnapped, assaulted or killed. Under MPP, also known as “Remain in Mexico,” we’re not allowed to let them stay here. We’re forced to put them back in danger.

These new policies make a mockery of our mission. The roughly 600-strong asylum officer corps was founded to identify bona fide refugees and protect them, and to combat any fraud and abuse of the system. We exist to ensure that the United States doesn’t renege on its international treaty obligations or commit a grievous human rights abuse by returning people to places where their freedom or lives are in jeopardy. For decades, one principle has been drummed into us: People have basic human rights, and when they come to our borders, they deserve due process and to be treated with dignity and respect. The things we’re being asked to do today fly in the face of everything we stand for.

Buzzfeed reported July 16 that USCIS asylum officers oppose another Trump strategy which would deny asylum requests by people who do not ask for asylum in the safe countries on their route to the U.S. border:

The asylum officer spoke with BuzzFeed News on Tuesday, detailing a chaotic rollout of sweeping, unprecedented changes to the asylum policies that she works with often. Like other Americans, she learned of the changes Monday morning via news reports.

“I was horrified,” she said. The officer added that she received no official word on the change until an email with guidance was sent Monday night from the head of US Citizenship and Immigration Services’ asylum division. The email was detailed to BuzzFeed News.

Each year, roughly four million young Americans join the workforce after graduating from high school or university. This total includes approximately 800,000 Americans who graduate with skilled degrees in business or healthcare, engineering or science, software or statistics.

This policy of inflating the labor supply boosts economic growth for investors because it transfers wages to investors and ensures that employers do not have to compete for American workers by offering higher wages and better working conditions.

The cheap-labor economic strategy also pushes Americans away from high-tech careers and sidelines millions of marginalized Americans, including many who are now struggling with fentanyl addictions.

The labor policy also moves business investment and wealth from the heartland to the coastal cities, explodes rents and housing costs, shrivels real estate values in the Midwest, and rewards investors for creating low-tech, labor-intensive workplaces.

“If there is a growing flood of foreign labor, the American middle class is no longer going to exist, and Republicans will not have a constituency,” said Hilarie Gamm, a co-cofounder of the American Workers Coalition.