Illegal workers fled a number of Georgia food processing plants this past week after highly-publicized raids by the Immigration and Customs Enforcement (ICE) agency at five Mississippi plants.

This month, ICE agents conducted the largest workplace raid in more than a decade across five food processing plants in Mississippi, netting the arrests of 680 illegal aliens. That same day, though, ICE officials said they released about 300 of the illegal workers back into the U.S. on “humanitarian grounds.” More than 200 of the illegal workers had prior criminal records and a federal criminal investigation is expected to result in convictions of the employers at the plants. The raids have already resulted in job fairs at some of the plants seeking to hire locals.

Those ICE raids, according to reports compiled by the Atlanta Journal-Constitution (AJC), spurred illegal workers in Hall County, Georgia — where numerous food processing plants are located — to flee their jobs in fear that they could be arrested for illegally working in the country.

Though it is unclear which food processing plants in Hall County saw their illegal workers flee following the ICE raids in Mississippi, the region is home to plants such as Koch Foods of Gainsville, Victory Foods, Koch Meat Inc., and Cargill Inc. 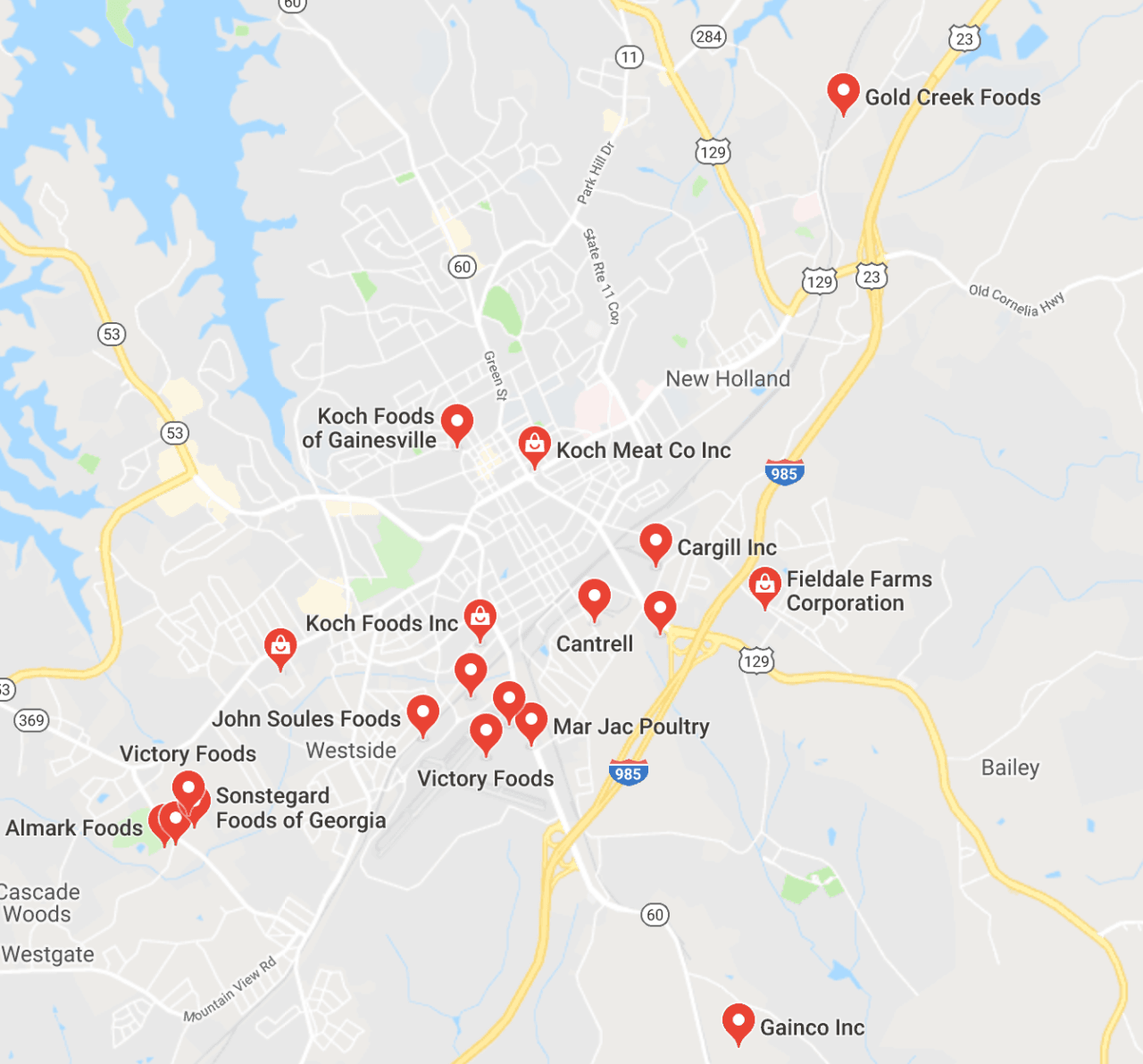 A map of Hall County, Georgia details the numerous food processing plants in the region. Local officials have said that there is no doubt that the state’s food processing industry hires illegal workers. (Screenshot via Google Maps)

The Mississippi-based plant for Koch Foods was one of the five plants raided by ICE. The plant is not associated with the billionaire Koch brothers. Federal affidavits allege that Koch Foods has a long history of exploiting and hiring illegal workers.

As Breitbart News reported, only 11 employers and no businesses have been federally prosecuted for hiring illegal aliens in the last year despite there being nearly eight million illegal alien workers holding American jobs at companies in the U.S.