Former Vice President Joe Biden helped sink the first-ever female nominee for attorney general of the United States in 1993 over the issue of illegal immigration.

Biden, who at the time was the long-serving chairman of the Senate Judiciary Committee, was tasked with presiding over the nomination of Zoë Baird to serve as the nation’s chief law enforcement officer in the weeks leading up to inauguration of President Bill Clinton. The historic nature of the appointment, for if Baird was confirmed she would have been the first-ever female attorney general, appeared to be the perfect chance for Biden to rehabilitate his image after the controversial Clarence Thomas hearings.

The 50-year-old Biden, then in his second decade representing Delaware in the Senate, seemed to relish the opportunity ahead. When Baird’s nomination was announced by Clinton in December 1992, the senator boasted it would take only “about 20 minutes” to round up the votes for confirmation. Biden’s task seemed all the more easy as Baird, a former general counsel to the insurance giant Aetna, was viewed as a safe, if unknown, pick to helm the Department of Justice.

“She looks like an excellent choice,” then-Senate Judiciary ranking member Orrin Hatch (R-UT) told the Hartford Courant. “She’s had some very good private [sector] experience, and from all I know, she’s a very honorable and decent human being.”

The nomination, though, quickly hit a brick wall in January 1993 when it was leaked to the press that Baird and her husband had employed an illegal immigrant couple from Peru to help take care of their son. Baird had initially volunteered the information to the FBI while being vetted for attorney general, resulting in the law enforcement agency launching an inquiry into whether the couple had further violated federal law by not paying social security withholding taxes for the illegal employees.

Clinton, who had yet to be inaugurated president, stood by his nominee, and Biden, at least publicly, signaled that “this is not a deal breaker … that should keep [Baird] from being attorney general.” Privately, however, the senator expressed his resentment to the president-elect and congressional colleagues. 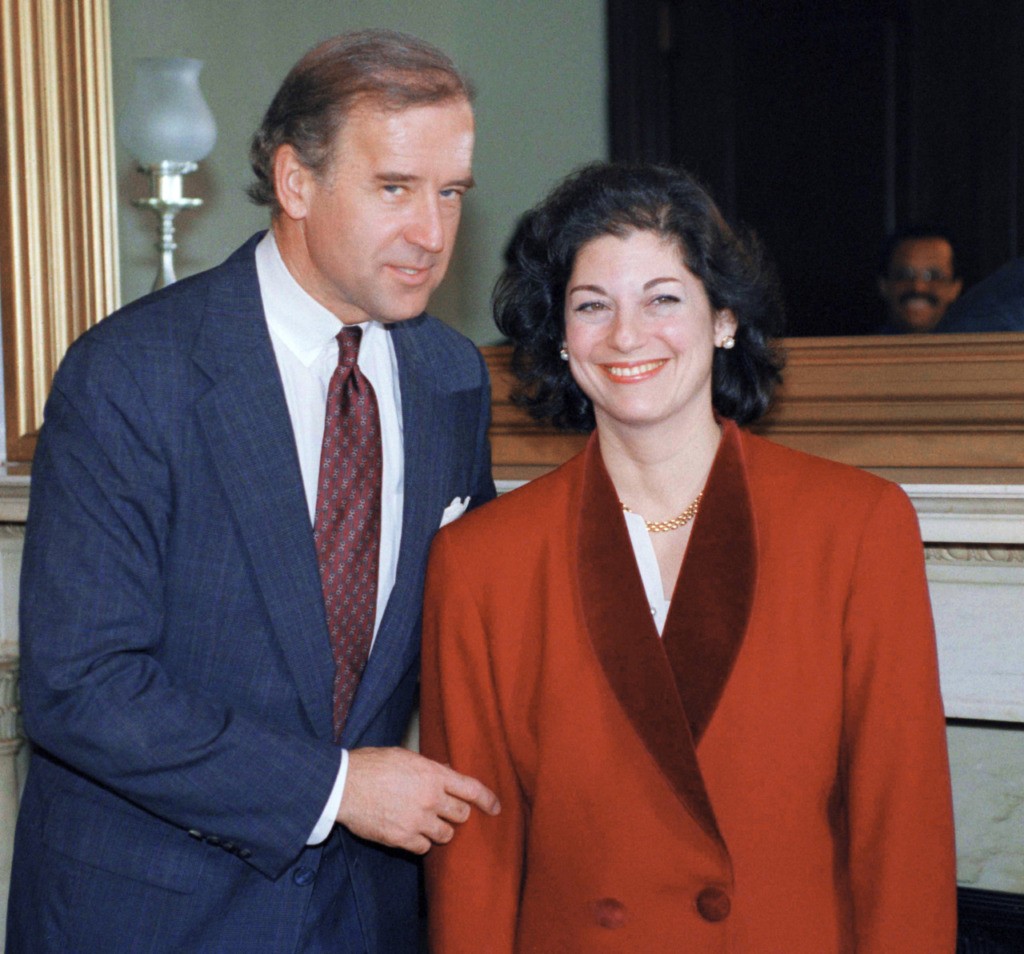 At the center of the matter was not only that Clinton was asking the Senate to confirm someone who had broken the law to serve as the nation’s top law enforcement official, but that Biden, himself, had been put in a similar position as Baird and had opted to “not hire someone who was illegal.” Biden, who was faced with raising two young boys alone after his first wife perished in a tragic car accident only weeks after his election to the Senate, later told Delaware’s News Journal that he confronted Baird on the topic directly.

“I told her … that this was going to be very difficult and it [her situation] bothered me a great deal,” Biden told the paper. “I told her that a lot of middle-class people like myself have had to raise children and been confronted with similar situations.”

“I had an opportunity to do the exact same thing for a lot less money,” he added. “The only person I could find who was an American citizen was for a lot more money. My mother and sister were there to help, but I did not hire someone who was illegal. And there are a lot of people like me.”

Biden’s populist critique of Baird stung all the more because the nominee had already drawn attention for her salary at Aetna, which topped more than $500,000 per year.

Despite the misgivings, Biden was convinced not to postpone Baird’s confirmation by his Democrat colleagues, who were eager to ensure their party’s first incoming president in 12 years did not suffer an early defeat. Baird’s position seemed all the more secure when Hatch agreed with the committee’s senior Democrats, including Sen. Ted Kennedy (D-MA), that the nomination did not warrant delay.

Chances of confirmation only seemed to improve before the start of Baird’s hearings when the nominee and her husband opted to pay a $2,900 fine for employing the illegal immigrants. Upon news of the payment, a spokesman for the president-elect deemed the controversy “now resolved.”

Biden, though, continued to intimate it was anything but finished. One day before the confirmation hearings were scheduled to commence, a letter authored from Ralph Nader and eight other consumer activists to the judiciary committee became public. In the letter, Nader and the others argued for the hearings to be postponed as Baird’s “violations of law need further examination.”

“This illegal conduct may be probative of other instances of bad judgement that need exploration,” the letter read.

Even though Biden would later mock Nader’s efforts to delay the nomination, the senator never seemed to rebuke the views expressed. In fact, when the confirmation hearings did begin, Biden had hardly allowed Baird to finish reading her opening statement before he began hammering on the issue of her employment of illegal aliens.

“As you know from our first meeting, I have a fairly, well, I won’t say fairly,” Biden told the nominee. “I have a very strong view relating to the matter to which you spoke last, and that is the hiring of undocumented workers by you and your husband.”

The senator proceeded to question Baird in a hostile tone that many found surprising given that she was nominated by a president of his own party. A notably contentious moment arose when Baird admitted she had knowingly hired the illegal couple, but was told by her lawyers not to worry as the crime amounted to little more than a “technical violation.”

“What I understood you just to say was that because of your need, you rationalized to yourself that this is ‘a technical violation,’ that it is enforced [rarely] … and that in time, by going through the process, you would be able to make this right by them getting a green card,” Biden asked with an air of incredulity. “Is that what you’re saying to me?”

When Baird responded that she believed the Immigration and Naturalization Service provided a pathway to residency in such cases, the senator seemed to imply she was willingly deceiving herself.

“It’s amazing, the ability of the human condition to rationalize, to justify what you know is not right,” Biden said.

The nominee, perhaps realizing the man entrusted to steer her confirmation was committed to sinking it instead, began to make broader justifications and excuses for her conduct—seeming to only infuriate Biden.

“Speaking for myself only, it is my impression that it is not just me but a significant portion of the population that finds your action and the action of your husband to be on its face inconsistent with the responsibilities that you will have as attorney general,” he said, before adding that “there are tens of thousands, millions of Americans out there who have trouble taking care of their children.”

There “are single parents with one fiftieth of the income that you and your husband have and that they do not violate the law,” Biden added.

The senator’s line of questioning, which was noted by the media as the most critical of any member of the Judiciary Committee, signaled that Baird’s candidacy was doomed. That became all the more clear when on the second day of the hearings two of the committee’s newest female members, Sens. Dianne Feinstein (D-CA) and Carol Mosley-Braun (D-IL), showed little sympathy for the nominee.

Shortly afterwards, Biden’s staff told the press their office had been inundated with calls from voters across the country about the nomination, the overwhelming majority of which were negative.

“Biden’s office reported receiving 1,511 phone calls against Baird through Tuesday compared with only 53 in favor,” the Washington Post wrote at the time.

With the press reporting of widespread opposition from the public, Baird’s support within the Judiciary Committee began to fall. The committee’s Republican members were the first to voice their decision to vote no, followed by two Southern Democrats, who more politely called on Clinton to withdraw the nomination.

Biden, for his part, waited until the new president was in office for at least two days before doing the same in private. Clinton promptly followed the advice, informing Baird he was withdrawing her nomination. The first potential female attorney general quietly acquiesced, slinking back to her half a million dollar job at Aetna.

The role Biden played in Baird’s demise, despite drawing accusations of sexism, did not deter his political relationship with Clinton. The president continued to rely on Biden, even tasking the senator with writing his landmark 1994 crime bill and being the point man on several Supreme Court appointments.

Baird’s nomination battle comes back into the spotlight as Biden, now running for the 2020 Democrat nomination, struggles to accommodate his long held stance on immigration to a party increasingly favoring open borders. Earlier this week the former vice president sparked widespread criticism from the left for claiming illegal immigrants needed to learn English as a prerequisite for receiving U.S. citizenship.