An illegal alien has been indicted for allegedly sexually assaulting and murdering a 92-year-old Queens, New York, woman after he was released by police in the sanctuary state.

Reeaz Khan, a 21-year-old illegal alien from Guyana, was indicted by a grand jury for second-degree murder, first-degree manslaughter, first-degree attempted rape, first-degree sexual abuse, and tampering with physical evidence after allegedly strangling 92-year-old Maria Fuertes to death on a sidewalk on January 6.

As Breitbart News exclusively reported, Khan had been living in the U.S. as an illegal alien after overstaying his B-2 tourist visa that he secured in May 2016.

In the indictment, Queens District Attorney Melinda Katz said video surveillance footage shows Khan following Fuertes down a sidewalk in the Richmond Hill neighborhood of Queens before he allegedly attacked her from behind, knocking her to the ground.

Khan then allegedly attacked her from behind, knocked the 92-year-old onto the sidewalk. The defendant is alleged to have sexually assaulted her, according to the autopsy performed by the medical examiner. The defendant is then observed moments later on video surveillance running quickly away from the scene. Continuing, said DA Katz, Ms. Fuertes was found by a passerby at approximately 2:14 a.m., who called 911. [Emphasis added]

The victim, who was barely conscious and incoherent, was transported to a local Queens hospital. The victim sustained a fractured spine in 2 places, 2 rib fractures, bruising to her neck and chest and other injuries and died as a result of the injuries. [Emphasis added] 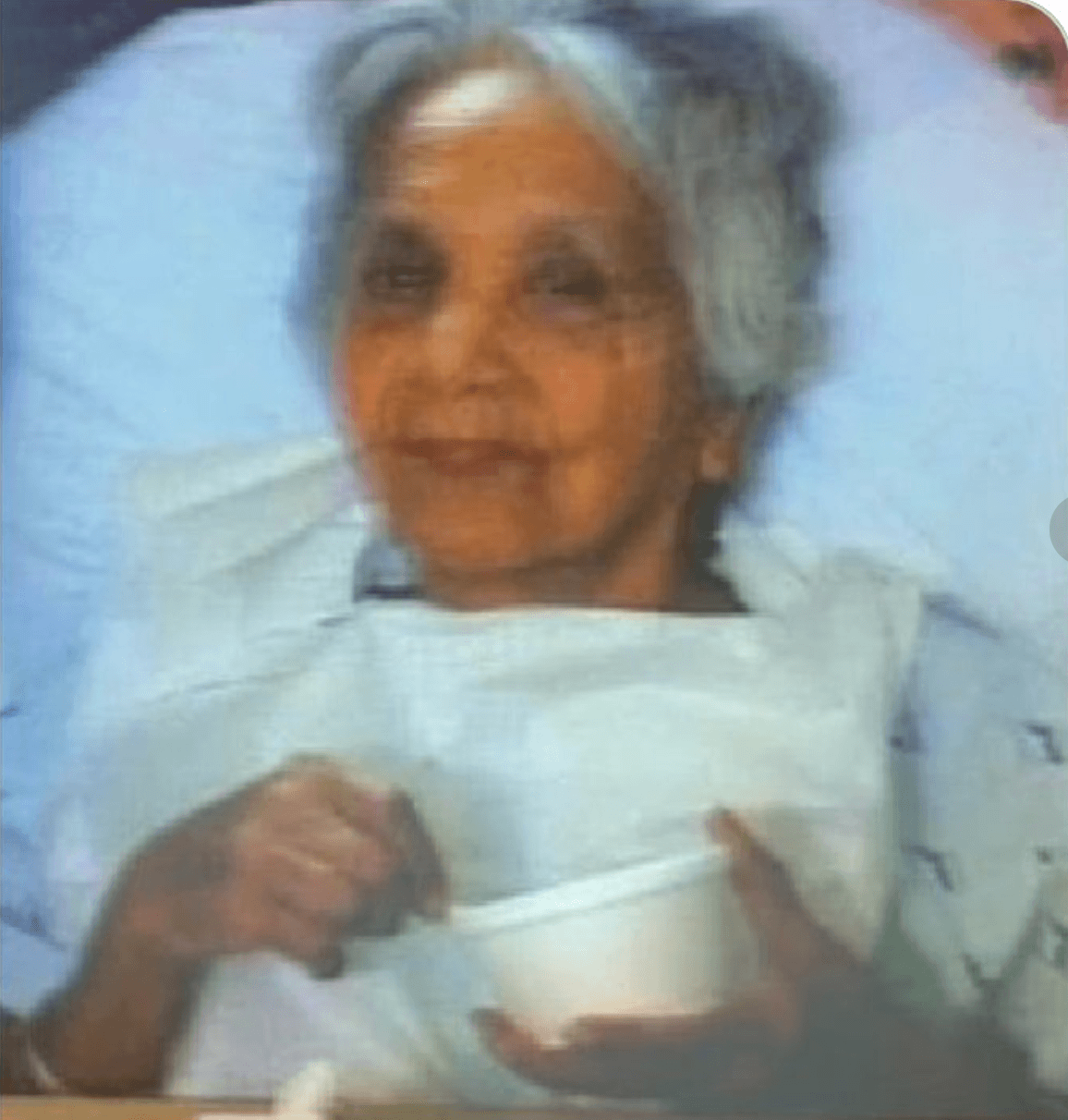 Maria Fuertes, 92-years-old, was a beloved member of the Richmond Hill community in Queens where she was known for feeding stray cats and collecting cans during her nightly strolls. (Photo via Facebook)

Khan, as Immigration and Customs Enforcement (ICE) officials have noted, was never supposed to be on the streets the night he allegedly murdered Fuertes.

On November 27, the New York Police Department (NYPD) arrested and charged Khan with assault and criminal possession of a weapon. ICE agents filed a request that Khan be turned over to them. That request was ignored by the NYPD, and police freed him back into the community.

“Clearly, the politicians care more about criminal illegal aliens than the citizens they are elected to serve and protect,” New York ICE official Thomas Decker said in a statement in response to NYPD’s failure to take Khan off the streets.

Khan will be arraigned on February 4. If convicted, Khan faces 25 years to life in prison.