“My campaign is fueled by hundreds of thousands of contributors,” Buttigieg said.

“Including 46 billionaires,” Sanders said in response before Buttigieg reiterated “Among the hundreds of thousands of contributors.”

In fact, Buttigieg is funded by about 40 to 46 billionaire donors and their spouses, a review by Forbes revealed. The review found that billionaires like David Geffen, Katharine Rayner, Daniel Ziff, Reed Hastings, and Jonathan Gray are funding Buttigieg with their large pocketbooks. 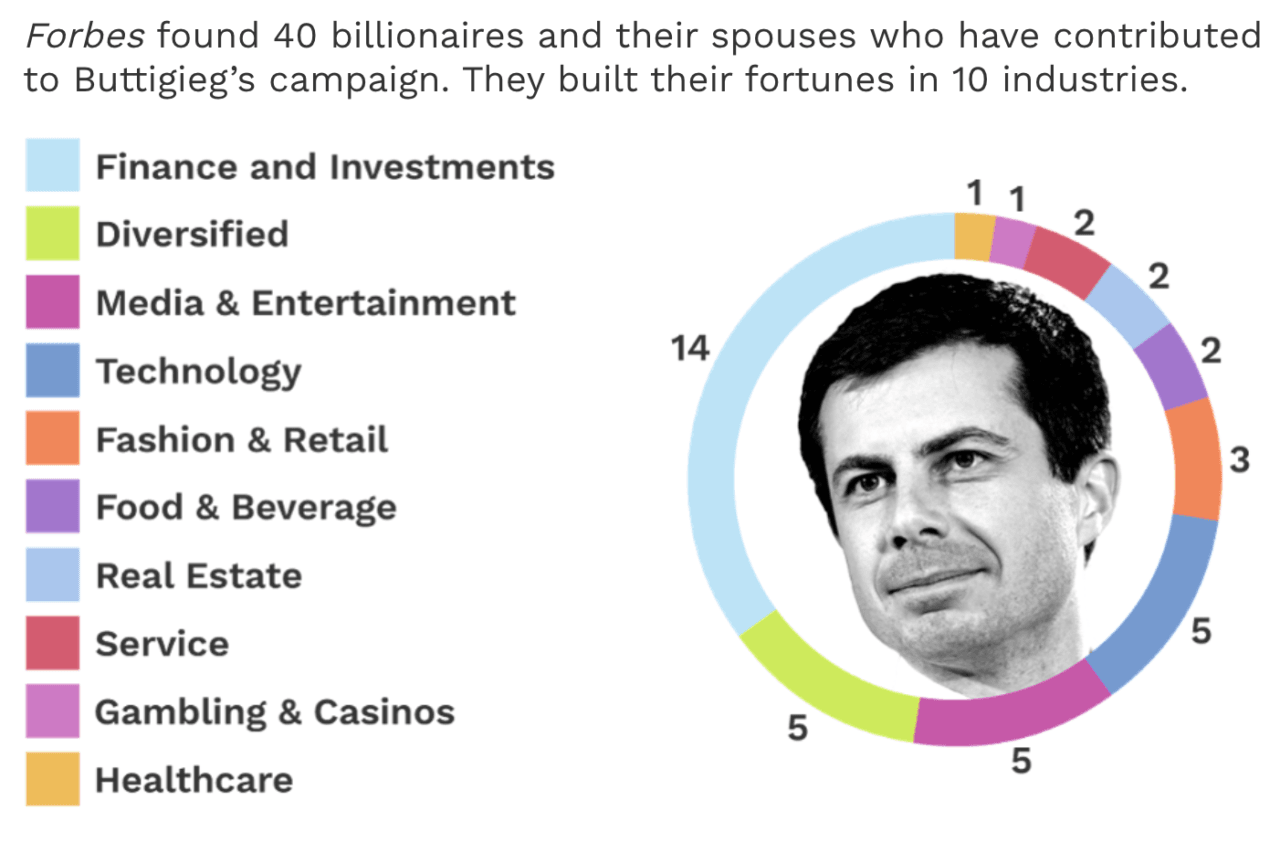