The majority of Super Tuesday states, where 2020 Democrats presidential primary candidates are vying for delegates, have had their electorates rapidly changed by mass immigration to the United States over a relatively short period of time.

Those legal immigrants secure green cards and can, within five years, apply to become naturalized citizens, which gives them local, state, and federal voting rights so long as they are 18 or older. Legal immigrants have nearly doubled their eligible voting population since 2000, with now more than 23 million foreign-born voters eligible to vote.

In the next 20 years, the nation’s legal immigration system, if unchanged, is expected to add about 15 million new foreign-born voters to the American electorate. Roughly seven to eight million of those foreign-born voters will have arrived through the process known as “chain migration,” whereby newly naturalized citizens can bring an unlimited number of foreign relatives to the U.S. 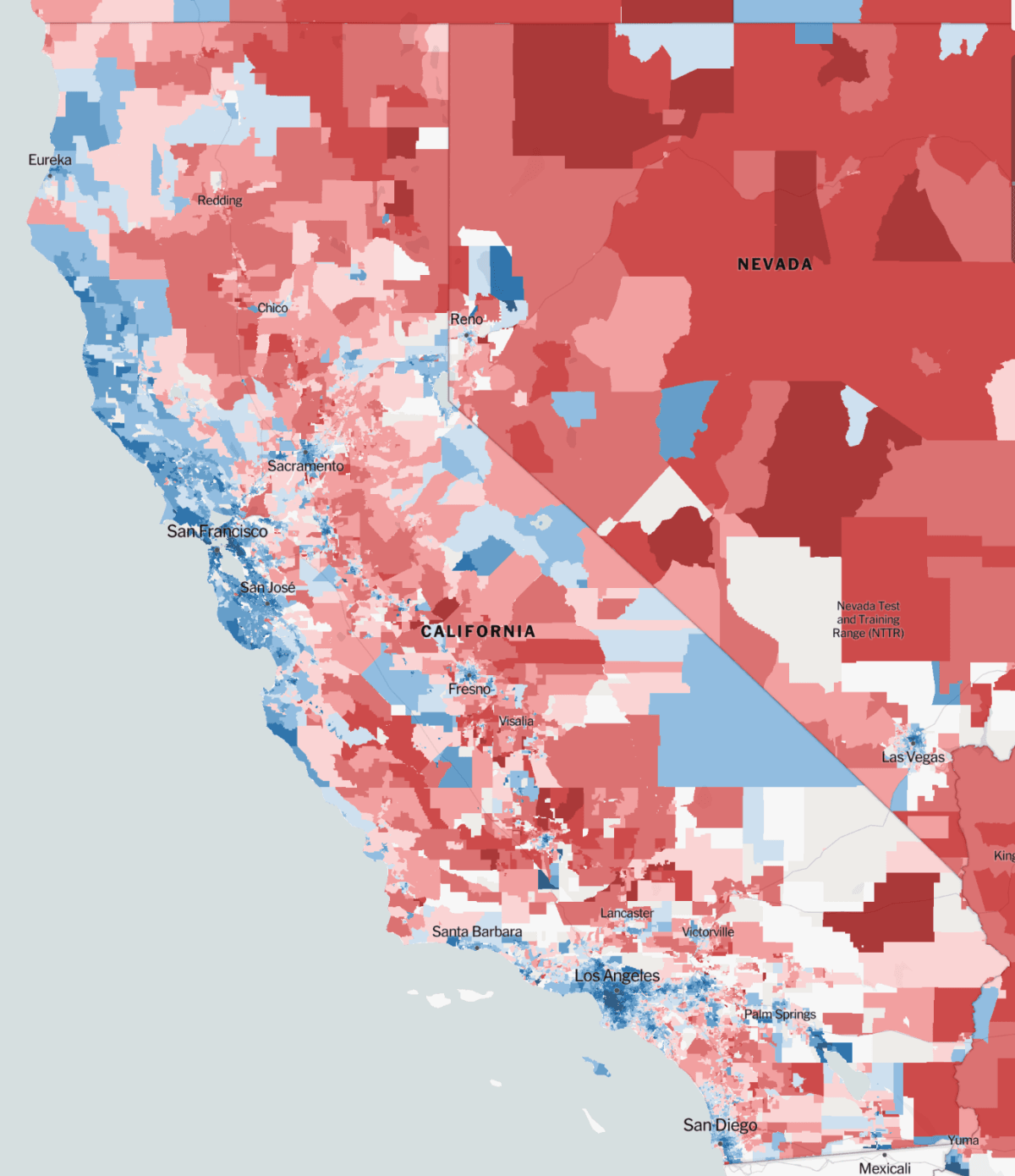 About 66 percent of these foreign-born residents are Latino or Hispanic and 81.5 percent of them are between the ages of 18 to 64.

More than 91,000 Indian nationals have arrived in Virginia over the last three decades, the largest group of nationals from any one country. This migration has been largely aided by the federal H-1B visa program that brings mostly Indian nationals to the U.S. to fill professional jobs that would have otherwise gone to white-collar Americans.

Massachusetts has experienced similar trends in mass legal immigration. Since 1990, nearly 600,000 foreign nationals have resettled in the deep blue state. This represents a more than 101 percent increase in Massachusetts’ foreign-born population.

The increase means that about 619,000 of those foreign-born residents are eligible voters and can further help secure election victories for Democrats.

In North Carolina, there are now about 307,000 foreign-born voters, which has coincided with the state’s rising foreign-born population. Consistently, North Carolina has tended to deliver small margins of victories to presidential candidates. In 2016, Donald Trump won the state by less than a 200,000-vote margin against failed Democrat candidate Hillary Clinton.

Colorado and Minnesota have similarly experienced surging levels of legal immigration to their states over the last three decades, though their migrations are arriving from different regions of the world.

Colorado has not voted for a Republican presidential candidate since 2004. Today, about 235,000 of Colorado’s foreign-born population are naturalized citizens and can vote so long as they are 18 or older.

In Minnesota, where nearly 20,000 refugees have been resettled since 2009 in the Minneapolis metro area, the foreign-born population has grown by more than 330 percent since 1990. Unlike Colorado, the majority of new arrivals to Minnesota are coming from Africa and Asia.

For example, close to 30,000 have arrived in Minnesota from India in the last three decades, as well as nearly 90,000 from Eastern Africa. Minnesota is home to about 255,000 naturalized citizens who can vote once they turn 18.

Even smaller, southern states on Super Tuesday have been relatively impacted in a large way by the nation’s level of legal immigration since the 1990s.

More than 40 percent of Tennessee’s new arrivals over the last three decades are Latino or Hispanic. About 130,000 foreign-born residents in Tennessee are naturalized citizens and can become eligible to vote.

Arkansas has taken a huge flow of legal immigration as well. Since 1990, Arkansas’ foreign-born population has grown by more than 460 percent, a high level for a state with just about three million residents total.

Nearly 60 percent of these new arrivals are Latino or Hispanic and the majority are arriving from South America, Central America, Mexico, and the Caribbean. Mexico, alone, has sent almost 60,000 nationals to Arkansas. Like Tennessee, Arkansas has a relatively low naturalization rate with only about 45,000 foreign-born residents being naturalized citizens who can become eligible to vote.

Alabama and Oklahoma have each seen their foreign-born populations increase by about 288 percent since 1990. Both states have seen surges in their Latino and Hispanic populations with about 47 to 56 percent of their new arrivals arriving from Latin America.

The two states have a combined naturalized citizen population of about 150,000, delivering more voters to be swayed for Democrats in the 2020 election.