Pro-life and pro-abortion activists rallied on the steps of the United States Supreme Court on Wednesday as lawyers inside tried to convince justices to support a Louisiana law to protect women by requiring abortionists to have hospital admitting privileges.

A lawyer with the pro-abortion Center for Reproductive Rights tried to persuade justices its 2016 ruling in Whole Woman’s Health v. Hellerstedt already settled the law that such requirements place an unfair burden on women seeking abortions because doctors who can’t meet the public safety standard will force clinic closures.

Following 60 minutes of oral arguments in June Medical Services v. Russo, the media is speculating on whether the justices — including Trump-nominated Neil Gorsuch and Brett Kavanaugh — would conclude after reexamining the 2016 decision and that could be the first step in reexamining another Supreme Court decision: 1973’s Roe v. Wade that made abortion on demand the law of the land.

“Justice Elena Kagan, reflecting the view of her liberal colleagues, noted that a clinic in Shreveport reported transferring just four patients to a hospital out of roughly 70,000 it has treated over 23 years,” the Associated Press reported.

“I don’t know a medical procedure where it’s lower than that,” Kagan said.

“Justice Ruth Bader Ginsburg homed in on the nature of the procedure itself to suggest that hospital admissions for abortion patients are rarely necessary,” law360.com reported. “First trimester abortions, she said, are one of the safest medical procedures, even compared to childbirth.” 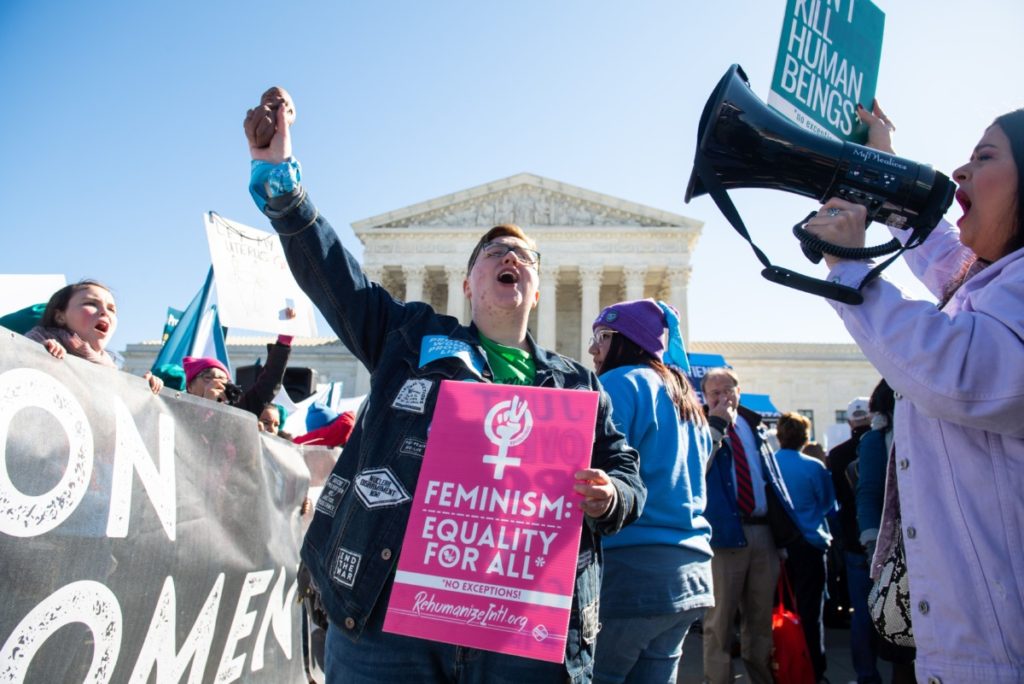 An anti-abortion protester holds up a baby doll during a demonstration outside the U.S. Supreme Court in Washington, DC, March 4, 2020, as the Court hears oral arguments regarding a Louisiana law about abortion access in the first major abortion case in years. (SAUL LOEB/AFP via Getty Images)

On the other hand, Elizabeth Murrill, solicitor general of Baton Rouge, Louisiana, told the court one clinic in her state hired a radiologist and an ophthalmologist to perform surgical abortions and that widespread abuses have been documented.

But if it is unclear whether a majority of justices will stand up for protecting the health of women or allow the abortion industry to continue to profit at women’s expense, leaders of the pro-life movement are optimistic about the outcome in a case they say has nothing to do with overturning Roe and everything to do with protecting women and states rights.

“Based on what I heard in oral arguments, I’m optimistic the court will affirm the rights of states to provide oversight and regulation of abortion clinics, treating then like every other outpatient surgery center,” Tony Perkins, president of the Family Research Council said in a statement. “For too long abortionists have flouted the law and derided health standards for women seeking abortion. Perkins, who authored bills to regulate abortion when he was a legislator in Louisiana, explained what a victory in this case would mean.

“Despite the left’s hysterical fear-mongering, the case before the court today has nothing to do with Roe,” Perkins said. “This case is about whether the state has the right to ensure abortionists who take women’s money also provide for their safety.”

Perkins added that he does hope Roe v. Wade, a decision that had led to the slaughter of multiple millions of unborn children, is overturned.

FRC submitted an amicus brief in the case.

“The law at issue in June Medical Services v. Russo seeks to ensure that women get the competent and quality care that they deserve,” Jeanne Mancini, president of March or Life said in a statement. “That hasn’t been the case for years in Louisiana where women have been subject to dangerous, substandard care at abortion businesses with long, documented histories of serious health and safety violations.”

“The protection of women and girls should always be prioritized over the abortion industry’s profits,” Marilyn Musgrave, vice president of government affairs for the Susan B. Anthony List.

Susan B. Anthony List also submitted an amicus brief in the case.

“The Supreme Court has let abortionists and their clinics dictate the standards of care and safety for vulnerable women seeking abortions for far too long,” Andrea Picciotti-Bayer, legal advisor for the Catholic Association Foundation, said in a statement, “Louisiana put women’s health and safety first when passing a simple admitting privileges law in response to a horrific pattern of negligence and injury.” 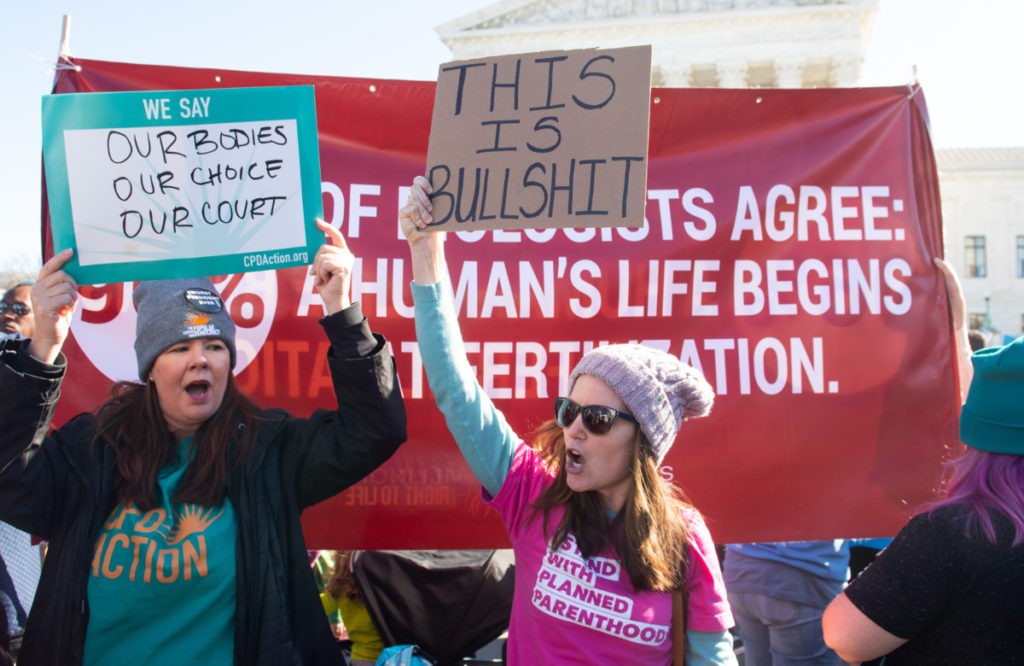 Anti-abortion protesters and pro-choice activists supporting legal access to abortion protest alongside each other during a demonstration outside the US Supreme Court in Washington, DC, March 4, 2020, as the Court hears oral arguments regarding a Louisiana law about abortion access in the first major abortion case in years. (SAUL LOEB/AFP via Getty Images)

“Once again, the U.S. Supreme Court will tackle laws created by conservative states to ensure that women who choose to abort their unborn babies will have the safest experience possible,” Stacy Washington, co-chairman of Project 21 said in a statement. “With Planned Parenthood clinics across the country – like one near me in St. Louis that has had over 80 ambulance calls over the past ten years – it is clear that abortion isn’t always safe.”

“For years, proponents of abortion have argued that legalized abortion is about women’s health and ensuring they have access to safe medical procedures,” Project 21 member Donna Jackson said in a statement. “Their opposition to this legislation and willingness to put the lives of poor and often minority women at risk undercuts their argument that the health and safety of women is their primary objective.”

Some of the justices did not ask questions during oral arguments.

A decision on Louisiana’s Act 620, the law that led to June Medical Services v. Russo, is expected this summer.