Dr. Deborah Birx put up a chart showing the mortality rates of the United States compared to other countries featuring deaths per 100,000 population.

“Does anybody really believe that number?” Trump asked, interrupting Birx, pointing to the mortality rates for China and Iran. 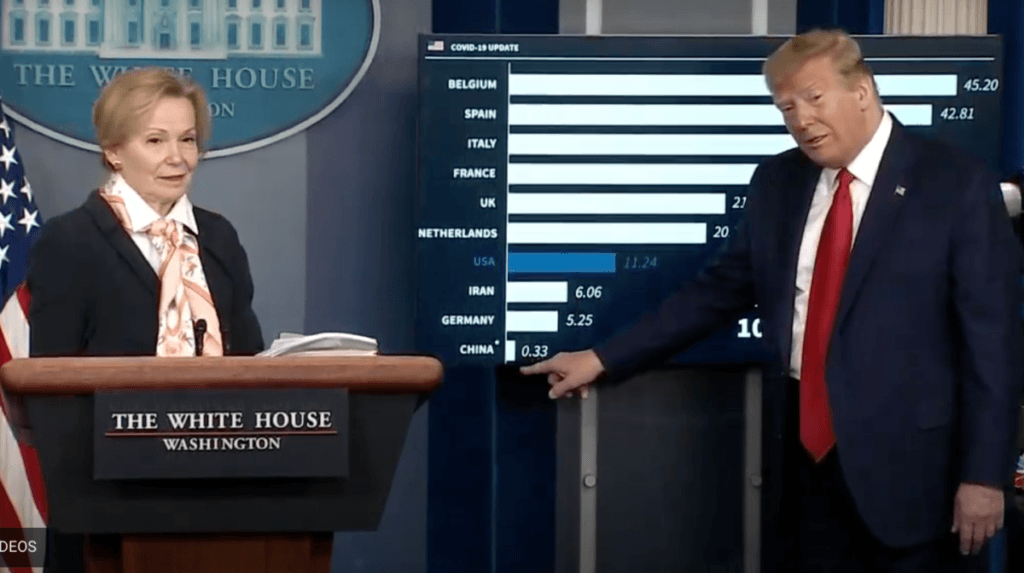 “This is why the reporting is so important,” Dr. Birx replied.

Birx praised France and Italy for their authentic numbers and warnings to the United States after suffering from the pandemic.

She did not specifically call out China, but pointedly noted that the first country to have a viral outbreak needed to be transparent.

“There is never an excuse to not share information,” she said. “When you are the first country to have an outbreak, you really have a moral obligation to the world to not only talk about it but to provide that information that’s critical to the rest of the world to really respond to this credibly.”