Center for Immigration Studies (CIS) researchers Steven A. Camarota, Jason Richwine, and Karen Zeigler reveal in newly released research that the labor force participation rate for native-born American men without a bachelor’s degree has continued to decline since at least the year 2000.

As of June 2020, only 83 percent of native-born American men between 25 to 54 without a bachelor’s degree were in the labor force — a decline of seven percent since June 2000.

Likewise, native-born American men between 16 to 64 without a bachelor’s degree have a labor force participation rate of just 72 percent as of June 2020. This indicates a ten percent drop since June 2000.

“The Covid-19 shutdown has exacerbated the long-term decline in the labor force participation rate … of the less-educated,” the CIS researchers note.

The most pronounced decline over the last two decades has been among native-born American men between 16 to 24 — those mostly competing for entry-level jobs. 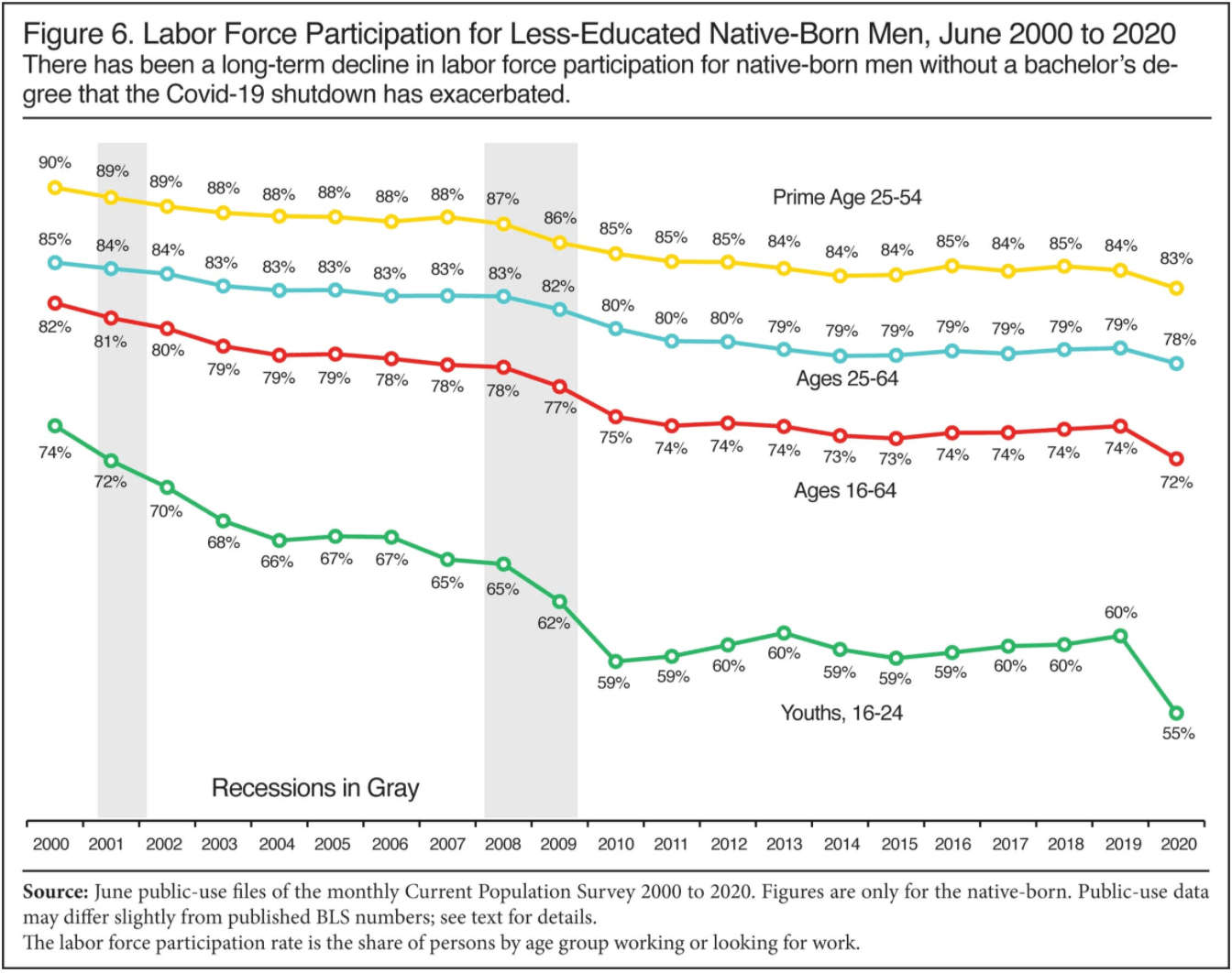 The employment data shows an American economy that is vastly split between working class and lower middle class Americans and upper-middle-class and wealthy professionals.

The research comes as the Chamber of Commerce sues President Trump’s administration, claiming they have a right to import foreign workers to fill scarce American jobs while tens of millions are unemployed, underemployed, or out of the labor force entirely.

Last month, Trump expanded his executive order to halt the inflow of H-1B, H-4, H-2B, L-1, and J-1 foreign visa workers in order to reduce foreign competition and give U.S. job priority to unemployed Americans. The order, coupled with visa reforms, is expected to open up at least 600,000 U.S. jobs for Americans.

Every year, the U.S. admits about 1.2 million legal immigrants on green cards to permanently resettle in the country. In addition, another 1.4 million foreign workers are admitted every year to take American jobs. The nation’s mass legal immigration levels have aided in depressing the wages of mostly working and lower middle class Americans while shifting wealth to the wealthiest earners.