The Russian Navy will soon be equipped with hypersonic nuclear strike weapons and underwater nuclear drones as part of an ongoing rebuild of the country’s maritime forces, President Vladimir Putin promised Sunday.

Putin, speaking in St Petersburg at an annual review of Russia’s combined naval assets, said the country’s defense ministry is in the final round of testing for the weapons.

“The widespread deployment of advanced digital technologies that have no equals in the world, including hypersonic strike systems and underwater drones, will give the fleet unique advantages and increased combat capabilities,” Putin said, according to Reuters.

In a separate statement released via Russian news agencies, the defence ministry said testing of the Belgorod, the first submarine capable of carrying the Poseidon drones, was underway and testing of the weapons systems was nearing completion. 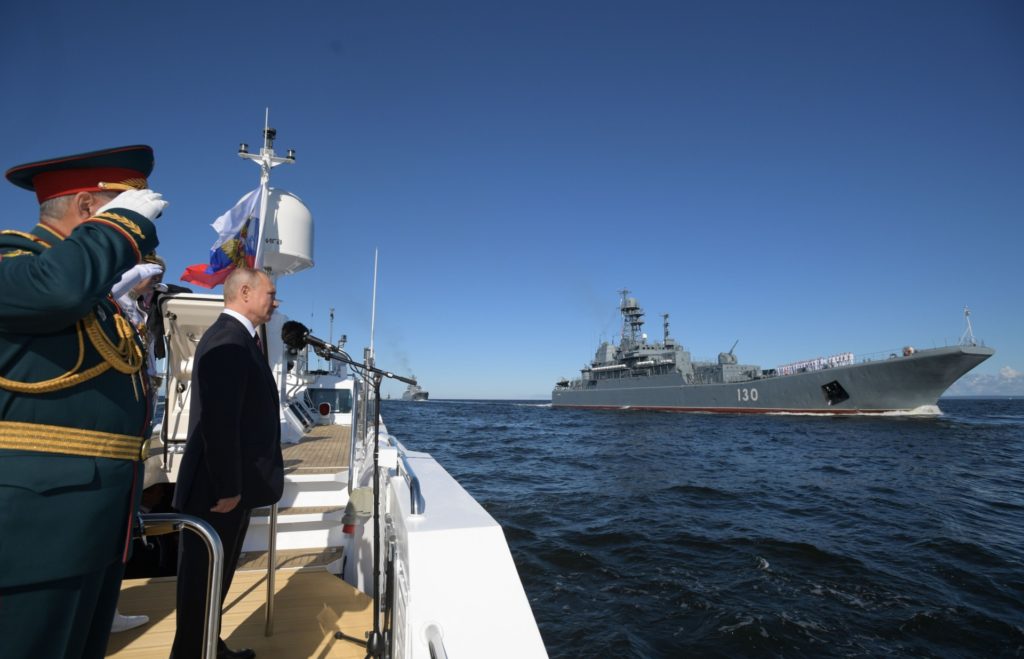 “Work is being successfully completed to create modern weapons systems for the Navy,” it was cited as saying.

Putin last year threatened to deploy hypersonic missiles on ships and submarines that could lurk outside U.S. territorial waters if the United States moved to deploy intermediate-range nuclear weapons in Europe.

The parade in St. Petersburg and the nearby town of Kronshtadt featured 46 ships and vessels and over 4,000 troops and aimed to “demonstrate the growing power of our navy,” Putin said Friday.

He predicted 40 ships and vessels of different classes will enter service this year, and that the Russian navy will be equipped with hypersonic weapons to boost its combat capabilities.

Opening the parade, the president said “six more vessels for the far-sea zone were laid down at Russia’s three leading shipyards” in the past few days.

The Kremlin has made military modernization its top priority amid tensions with the West that followed Moscow’s 2014 annexation of Crimea. 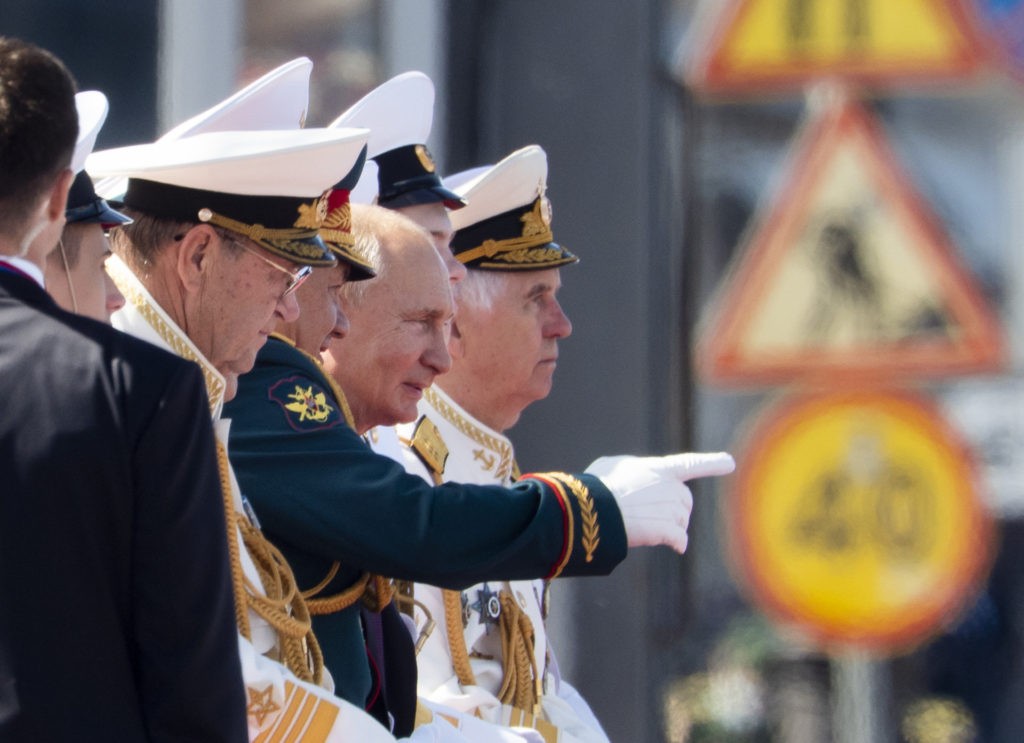 Similar parades marking Russia’s Navy Day took place in the Far Eastern cities of Vladivostok and Petropavlovsk-Kamchatsk, Sevastopol in the annexed Crimea, the seaport towns of Severomorsk and Baltiysk, Kaspirsk in the south of Russia and the port city of Tartus in Syria.

Earlier this week Putin attended a ceremony of keel-laying of new warships in Crimea and pledged to continue an ambitious program of building new warships, saying Russia needs a strong naval presence to defend its interests and “help maintain a strategic balance and global stability.”

The program – if successful – could not come sooner for the embattled surface fleet.

As recently as last December a fire broke out aboard Russia’s sole aircraft carrier as it stood alongside for repairs in an Arctic shipyard.

State news agency RIA Novosti quoted a source in the Zvezdochka shipyard as saying the fire broke out during welding operations.

The Admiral Kuznetsov has been undergoing repairs for more than two years in Murmansk, however three years ago the warship was deployed to the eastern Mediterranean as part of Russia’s campaign in Syria, launching the first carrier-mounted attacks in Russia’s navy history.

On that occasion,  Popular Mechanics dubbed it “Russia’s sad, smokey carrier,” which “doesn’t seem to be doing much of anything.”

Popular Mechanics based its assessment on a Russian TV news report shot on the deck of the carrier and noticed that “many of the airplanes are completely unarmed, their wings devoid of missiles and bombs.”

Also, the carrier’s anti-submarine helicopters — of little use for its current mission against Syrian rebels and Islamic State militants — were tied down in the middle of the flight deck, which would make launching fixed-wing aircraft impossible.

As Breitbart News reported, that single action marked the first time U.S. Navy surface vessels have entered the Barents Sea since the mid-1980s.