GALLATIN, Tennessee — Bill Hagerty, now the GOP nominee for U.S. Senate here in Tennessee, told Breitbart News in his first exclusive interview after winning the primary election on Thursday night he intends to follow through on his promise to hold China accountable for the coronavirus pandemic.

Hagerty won a blowout election against Dr. Manny Sethi, defeating his opponent by more than double digits leading to an early call of the race and far exceeding expectations.

Endorsed by President Donald Trump early in the process—more than a year ago—Hagerty has made his time as Trump’s U.S. ambassador to Japan a centerpiece of his campaign, promising Tennesseans he will take the expertise he picked up on the Pacific Rim to Washington and “hit China where it hurts.”

Hagerty told Breitbart News of his plans in an exclusive interview moments after he won the race:

I’ve been very pleased with the feedback I’ve been getting on the campaign trail. We were shut down for a long time. Now that I’ve been able to get out, meet with voters, and get our message across, Tennesseans have been responding overwhelmingly positively towards my message.

They want to send a true conservative to the United States Senate and the fact that I’m a business person who understands how this economy works is going to be critical to every person in Tennessee regardless of whether they’re Republican or Democrat or independent. They need to see our economy moving again and I’m the person to do that. Finally, it’s almost unanimous in Tennessee—we need to hold China accountable. I have extensive experience given my most recent role as U.S. ambassador to Japan dealing with China militarily, diplomatically, and economically. I know how to hit China where it hurts and I want to make ‘Made in the USA’ the theme of America again.

Asked if his victory is Tennessee sending a message to the Chinese Communist Party that accountability is on the way, Hagerty said he believes Tennessee’s values represent American values and that people are very upset with China over coronavirus.

“I think Tennesseans are representative of America,” Hagerty said. “The benefit we have is we don’t have Democrat apologists trying to change the message. This is how people feel. If you look at say, for every one person affected by the coronavirus—and I don’t want to see another person get it—but for every one person affected by the coronavirus we’ve had 33 people who have either lost their business, lost their job, or had their wages and hours cut back. The impact is not just economic. I speak with sheriffs, I speak with pastors. We have suicide rates going up. We have drug dependency increasing. We have domestic violence going on. This is a huge problem. And it’s all due to China. China tried to cover up—whether this virus started in a wet market or in a lab—it’s clear they tried to cover it up and in doing so they unleashed this virus around the world.”

Hagerty’s win gives Trump a boost going into the final 80-plus days until the general election in November as it completes the president’s perfect record this election cycle in U.S. Senate primaries. Asked about what the president should take away from this, Hagerty told Breitbart News this is proof Tennessee stands with Trump. He said:

President Trump should feel very good about the fact that Tennesseans love his job performance. They respect what he’s done in terms of putting America back at the forefront again. They want to see somebody who’s a strong ally, who’s got a deep working relationship with the administration like I have. I think President Trump has made a significant difference in my ability to win the nomination and I look forward to his winning streak continuing. I look forward to holding the Senate and re-electing him as our president for the next four years.

In addition to Trump, Hagerty benefitted enormously from support from Sens. Marsha Blackburn (R-TN) and Tom Cotton—who both joined him here tonight to celebrate his victory.

“They’ve been enormously helpful to my campaign and we are very well aligned on what’s important to us,” Hagerty said. “We want to see our economy going again. We want to see a very strong national defense. And we want to hold China accountable. I’m very pleased to have strong conservative leaders like Marsha Blackburn and Tom Cotton on my side because we’re going to work very closely in Washington.” 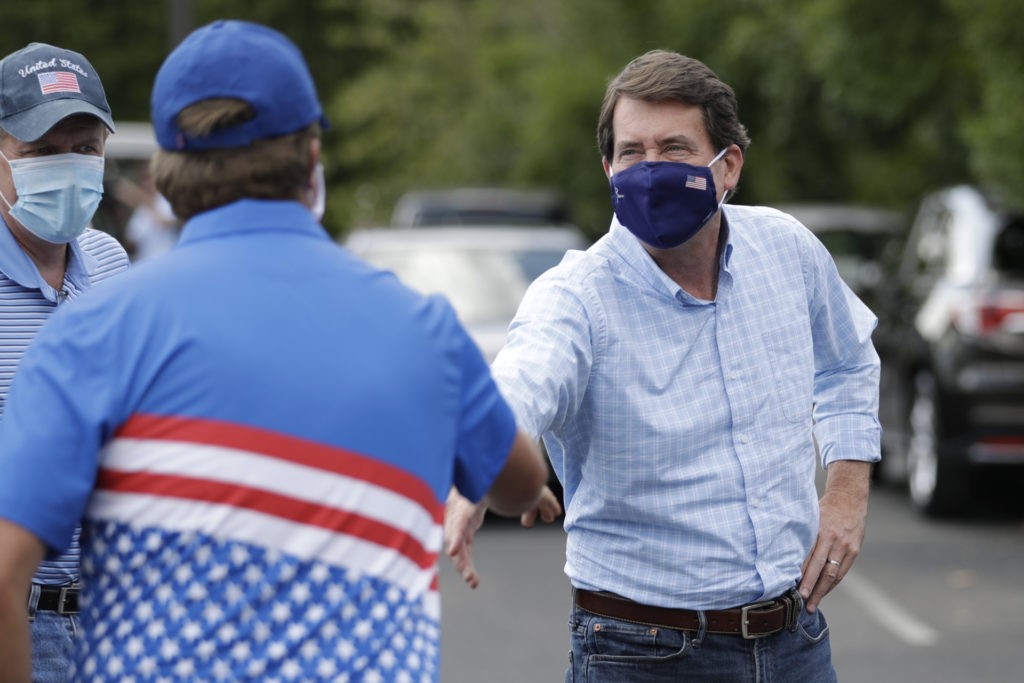