Joe Biden is heading back to his basement after Monday’s rare public appearance on the campaign trail in Pittsburgh.

Day two of the Biden campaign having a traveling press pool cover his movements.

"The campaign started the morning by calling a lid … we are told to not expect any pooled movements from Biden for the rest of the day."

A traveling pool reporter said the campaign “started the morning by calling a lid” — which is journalism lingo for calling it a day.

“There will be a virtual fundraiser later in the afternoon, and a pool report for that, but we are told not to expect any pooled movements from Biden for the rest of the day,” the report said.

In other words, he is not venturing out publicly, with just 63 days left before Election Day.

On Monday, Biden played to an empty room in Pittsburgh, except for eight people confined to giant white circles: 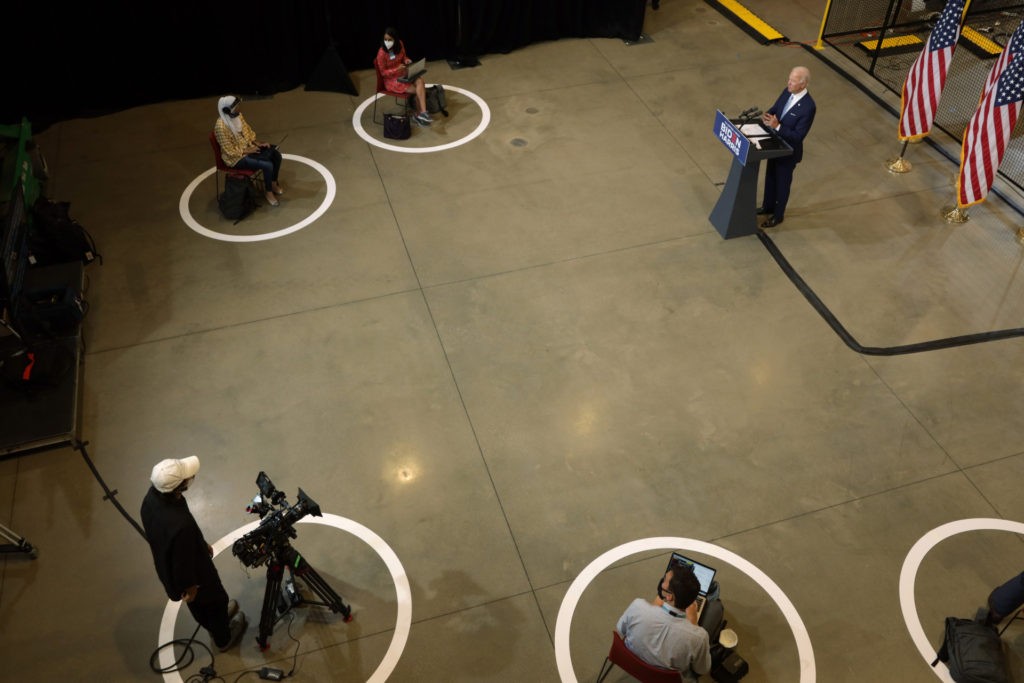 Biden suffered several blunders, including attempting to read his speech from the teleprompter:

“COVID has taken this year— just since the outbreak— has taken more than 100 year— look, here’s— the lives, it’s just, it’s just, I mean think about it— more lives this year than any other year,” Biden said.

According to the prepared remarks, Biden meant to say, “COVID has taken more lives this year than any outbreak in more than 100 years. More than 180,000 lives in just six months. An average of 1,000 people dying every day in the month of August.”

Jill Biden, however, is planning a more active schedule in public.

Dr. Jill Biden launching her “Back to School” tour today in Delaware. Expected to travel and hold virtual events in 10 cities in 8 battleground states.

“It’s all about leadership,” Biden says about education. This school is beginning virtual learning next week. pic.twitter.com/O4q6nddO6F

Erickson did not get specific about how many appearances would be in public or the timeline for the events.