President Donald Trump met with business owners affected by the riots in Kenosha, Wisconsin, on Tuesday outside a building burned-out by violent rioters last week in reaction to the police shooting of Jacob Blake.

The president spoke with about six people next to a burned-out building that used to be B&L Office Furniture Inc. in Kenosha and told them he would help them rebuild their businesses.

“This store was here 109 years,” Trump told reporters. “Just about the oldest in the nation.”

Scott Carpenter, the co-owner of the office furniture store, thanked Trump for visiting.

“I just appreciate President Trump coming today; everybody here does,” he said. “We’re so thankful that we got the federal troops in to help because once they got here, things did calm down quite a bit.” 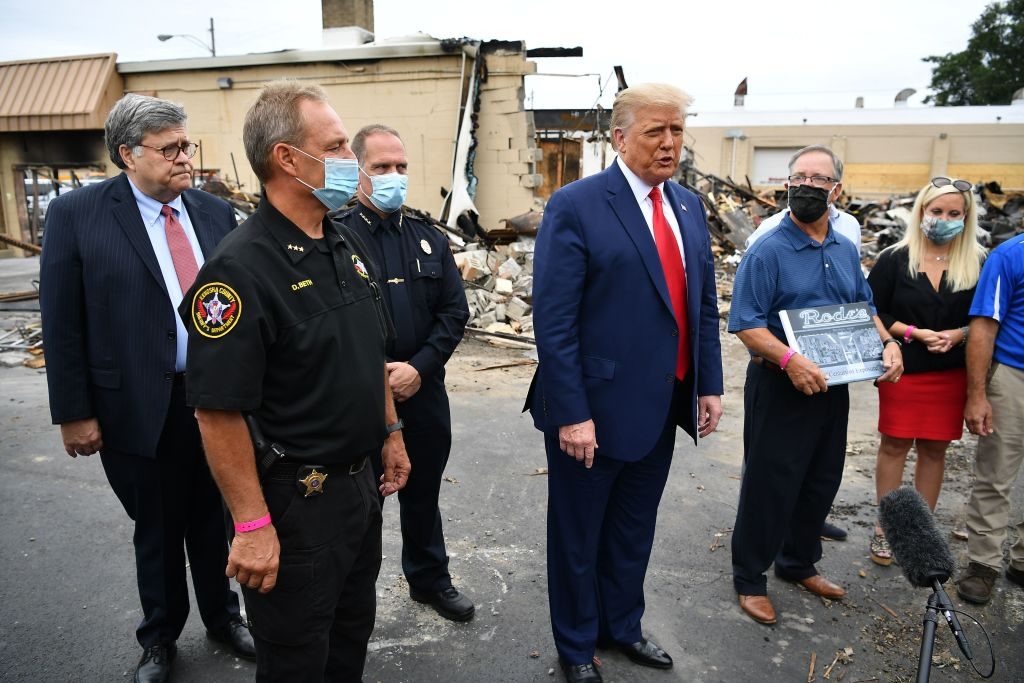 President Donald Trump, with U.S. Attorney General William Barr (L), speaks to the press as he tours an area affected by riots in Kenosha, Wisconsin, on September 1, 2020. (MANDEL NGAN/AFP via Getty Images)

John Rode, the owner of Rode’s Camera Shop, carried an image of his business that had been reduced to rubble a week ago during the riots.

A crowd of Trump’s supporters gathered in the city to greet the president in Kenosha as well as a group of protesters and Black Lives Matter supporters. 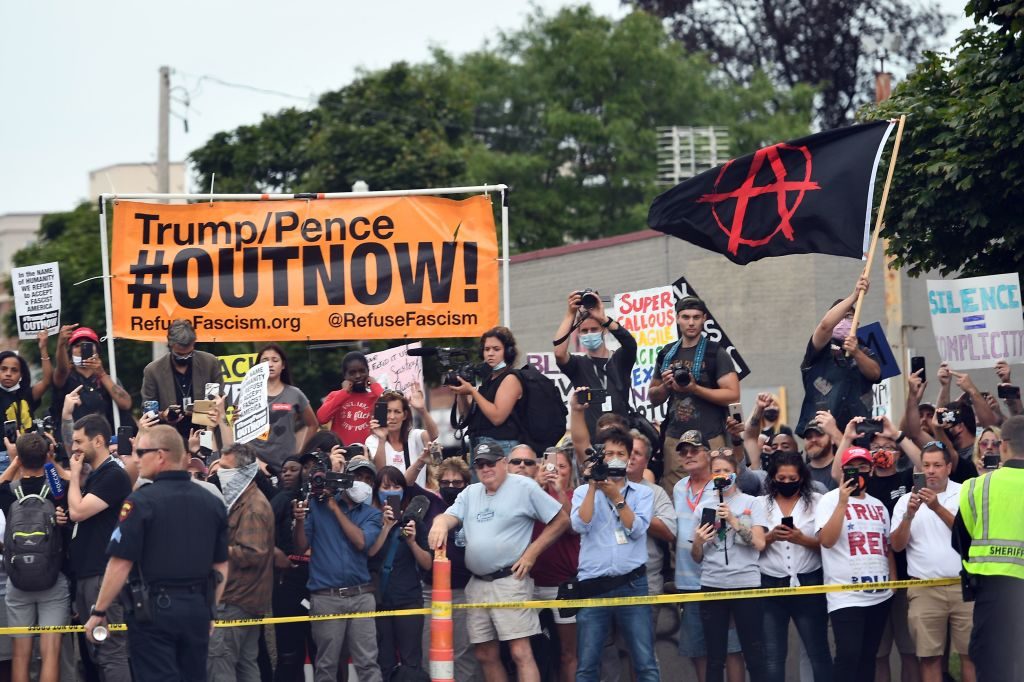 Protesters demonstrate in Kenosha, Wisconsin, on September 1, 2020, during a visit by President Donald Trump. (MANDEL NGAN/AFP via Getty Images) 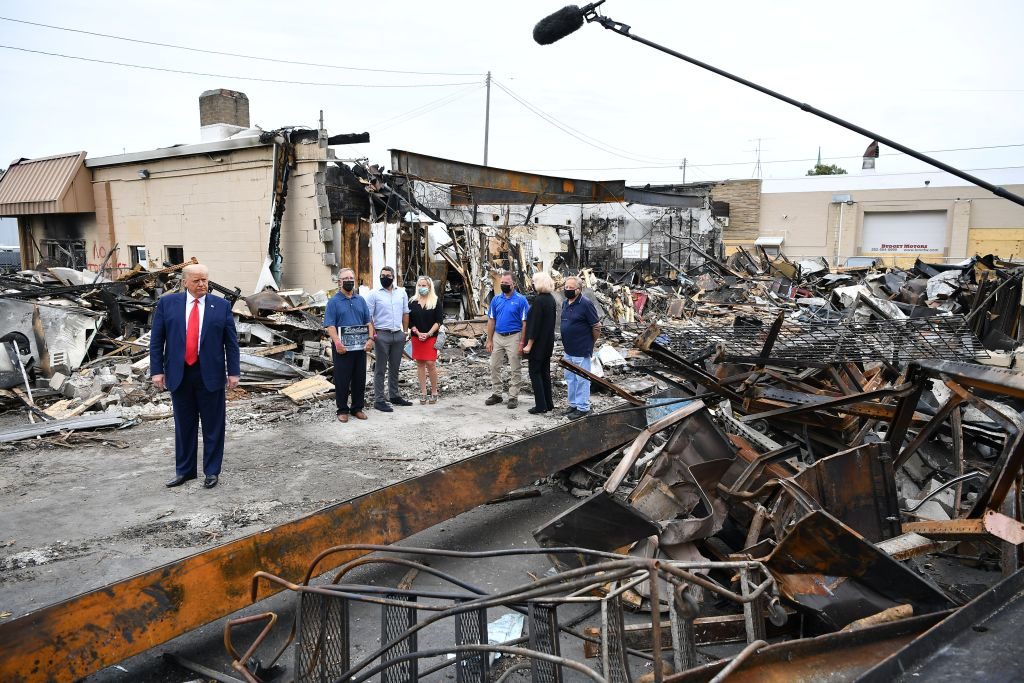 Armored personnel carriers were spotted nearby as well as federal law enforcement agents.

After the visit, Trump gathered with business owners and members of law enforcement to discuss the importance of safety in the streets of America’s cities.

The president announced that his administration would commit $1 million to support Kenosha police, nearly $4 million to help rebuild small businesses, and $43 million for public safety resources in the state.

Trump also welcomed Pastor James and Sharon Ward of the INSIGHT Church to the roundtable discussion. Ward is the pastor for Jacob Blake’s mother, Julia Jackson. (Jacob Blake’s father, Jacob Blake Sr., has said publicly that he does not have a pastor.)