With less than 40 days until the presidential election, President Trump visited the crucial battleground state of Florida, which he secured by just over one percent in 2016. Hundreds of Trump supporters began lining up hours prior to the event, eager to be surrounded by like-minded patriots who support Trump’s presidency. 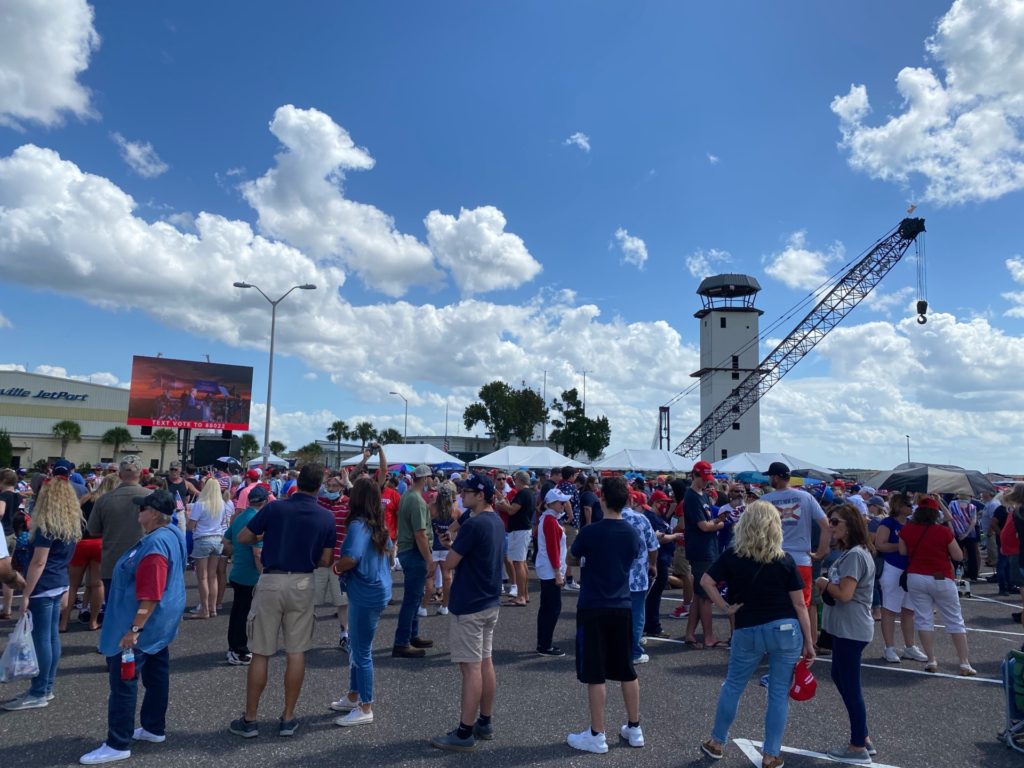 A common theme emerged throughout the series of interviews conducted by Breitbart News throughout the day. Trump supporters in Florida believe the silent majority is bigger and better than ever, and they say the left’s attempts to taint the president’s name will backfire on November 3.

“I think they want to scare people away. They want to intimidate people,” Trump supporter Daphne Cassani told Breitbart News. “The media’s on their side, so they want to put that out there as much as possible.”

“I think they want to make people afraid to be American and to speak out for America and to support America,” she added.

Trump supporter Gene Huber, who rose to MAGA fame after famously hugging the president onstage during a rally in Melbourne, Florida, in February 2017, said he believes the president’s support has “quadrupled.”

“The silent majority is so big, you know? It’s unfortunate a lot of people don’t like to talk about it due to, maybe they think something’s going to happen, but you better believe that silent majority is out there and it’s grown, quadrupled,” Huber, who showed up for the rally two days prior, stated.

“I like that word — quadrupled, as the size as it was four years ago,” he emphasized.

Missy Jones said she believes that Trump will win by a “landslide” if Democrats do not cheat with mass mail-in voting.

“Even if they try, it’s still going to be a landslide. Because the American people, the heart of the American people is what’s coming out now,” Trump supporter Valerie DeVane added, noting that many Democrats are coming over to the Republican Party.

“Even on the Democratic side, even though you only see the left running their mouth, there’s a lot of Democrats switching right on over to Republican, for this election at least,” she said.

Breitbart News spoke to one Trump supporter, who voted for Obama once. She said the modern-day Democrat Party is virtually unrecognizable from that party she grew up with.

“I think there’s an extreme left agenda that has infiltrated the Democratic Party. It’s not the Democratic party I knew growing up,” she said. “I used to be a Democrat, but I had to jump ship and go to the Republican side,” Kristen Reese explained.

“And I voted for him [Obama] in the first term. But when I saw what he was doing to the country and shipping money overseas in a plane in the middle of the night,” she continued, adding that Trump just “really loves the country”:

Across the board, the president’s supporters balked at the idea of Trump losing support ahead of what could be his second term. Joe Marchant of Sarasota, Florida, said Trump’s base has “only grown” since 2016.

“Absolutely bigger. It’s only grown. I mean, you talk about the people that he helped out in 2016,” he said, citing support from the black community and Latinos for Trump.

“They just launched Pride for Trump this year, so it’s absolutely phenomenal the amount of people that are now supporting him who weren’t necessarily supporting him in 2016,” the Marine veteran continued. “I have no doubt it’s going to be a landslide.”

That evening, surrounded by thousands of supporters, Trump addressed them and predicted that he will win Florida again in November. In 2016, he secured the state by just over 112,900 votes. 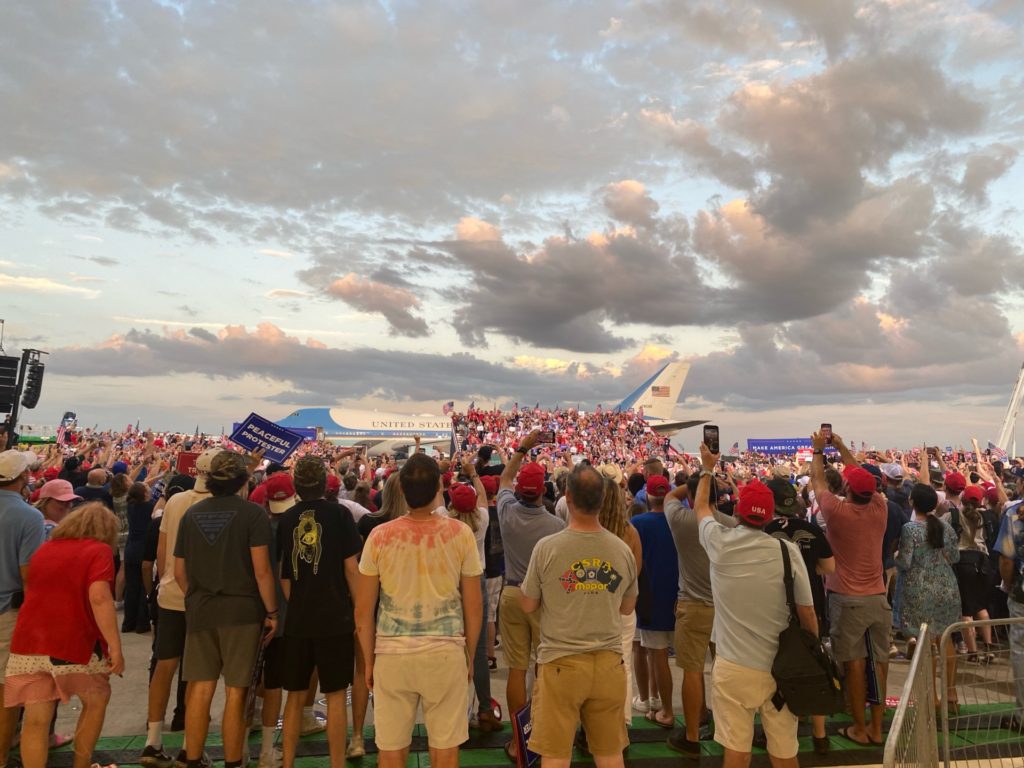 “Forty days from now, we’re going to win Florida. We’re going to win four more years in the White House. And this is the most important election in the history of our country. I believe that,” the Commander-in-Chief said with confidence. “It is because we’re dealing with people that are crazy.”

Trump presented a stark contrast between himself and his challenger, Joe Biden (D), who has indicated that he would support further lockdowns or restrictions, should experts recommend them. Florida, meanwhile, is well on its way in the reopening process following the spike in cases over the summer.

“But this guy’s talking, he’ll shut it down. If the scientists say shut it down, he’ll shut it down. No, we’re not shutting anything down. We are doing so well. You look at our numbers. Wait until you see the third quarter,” he continued, promising that prosperity will “surge” in the Sunshine State, should he win a second term.

“The Florida tourism and hospitality industries will reach record highs. That’s what’s going to happen. You see it. And next year will be one of the greatest years,” he predicted.

On Friday, one day after the rally, Gov. Ron DeSantis (R) lifted key coronavirus restrictions across the state, allowing restaurants and bars to operate at full capacity at the state level.

“The order that I’m signing today will guarantee restaurants can operate and will not allow closures. They can operate at a minimum of 50 percent, regardless of local rule,” he said, adding that localities will need to “provide the justification” to the state if they seek to restrict businesses further.

He also announced the suspension of penalties related to coronavirus rules, such as local mask mandates, describing it as an act of “executive grace.”

“All outstanding fines and penalties that have been applied against individuals are suspended,” he said. “I think we need to get away from trying to penalize people for not social distancing and work with people constructively.”

During Thursday’s rally, Trump asked the governor how the election appeared to be shaping up in Florida.

Overall, the widespread belief in the silent majority, at least among Trump supporters at Thursday’s rally, comes as the left pushes cancel culture, which has forced many — including business owners — to suppress their opinions due to fear of retribution. Several attendees at the rally declined interviews for Breitbart News’s live stream over those concerns of backlash — whether from work, friends, or family members.