President Donald Trump’s re-election campaign announced Friday that he will hold a rally in Scranton, Pennsylvania, on the eve of Election Day — just as he did in 2016.

Democratic nominee Joe Biden claims Scranton as his hometown. He was born there, but his family moved to Delaware when he was a boy.

Breitbart News was onsite for the 2016 rally in Scranton — a raucous, crowded, intense event. Biden was not on the ticket, but Trump held a rally there as part of a successful bid to win the Keystone State.

SCRANTON, Pennsylvania — Donald Trump rocked a basketball gymnasium at Lackawanna College on Monday evening, bringing the 4,500-capacity crowd to a deafening roar as he made a bid to win the Keystone State, and its 20 electoral votes, on Election Day on Tuesday. 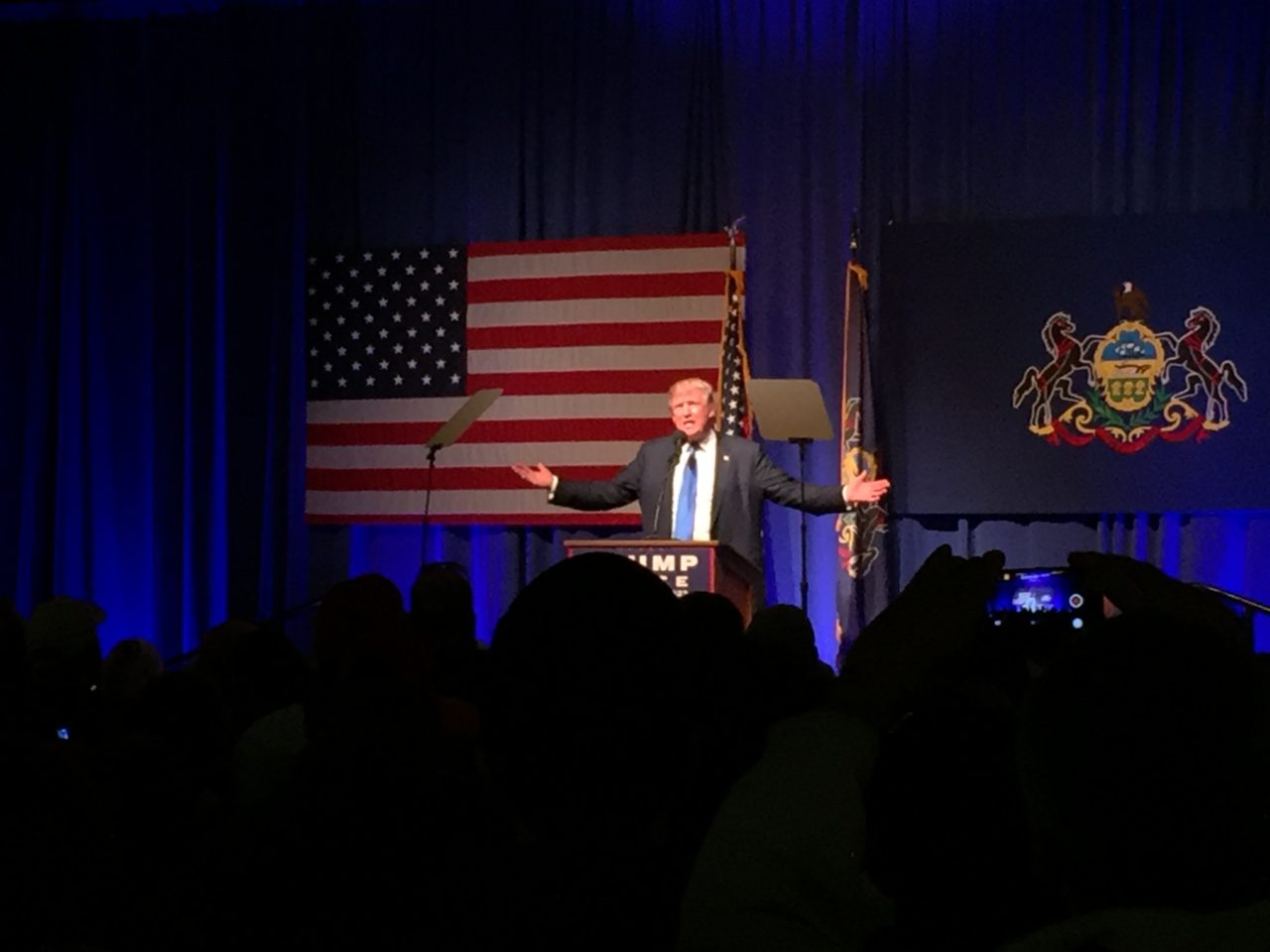 “God’s behind him,” said Jamal Johnson, an African-American school counselor from East Stroudsburg. “You don’t have a name like ‘Trump’ and come out losing. There’s too much poetry in this country for that.”

Scranton is a town to which both Hillary Clinton and Vice President Joe Biden trace family roots. In making a stop there, Trump was aiming directly at the working-class base Democrats have traditionally claimed as their own.

The local fire marshal confirmed to Breitbart News that the hall was completely full. 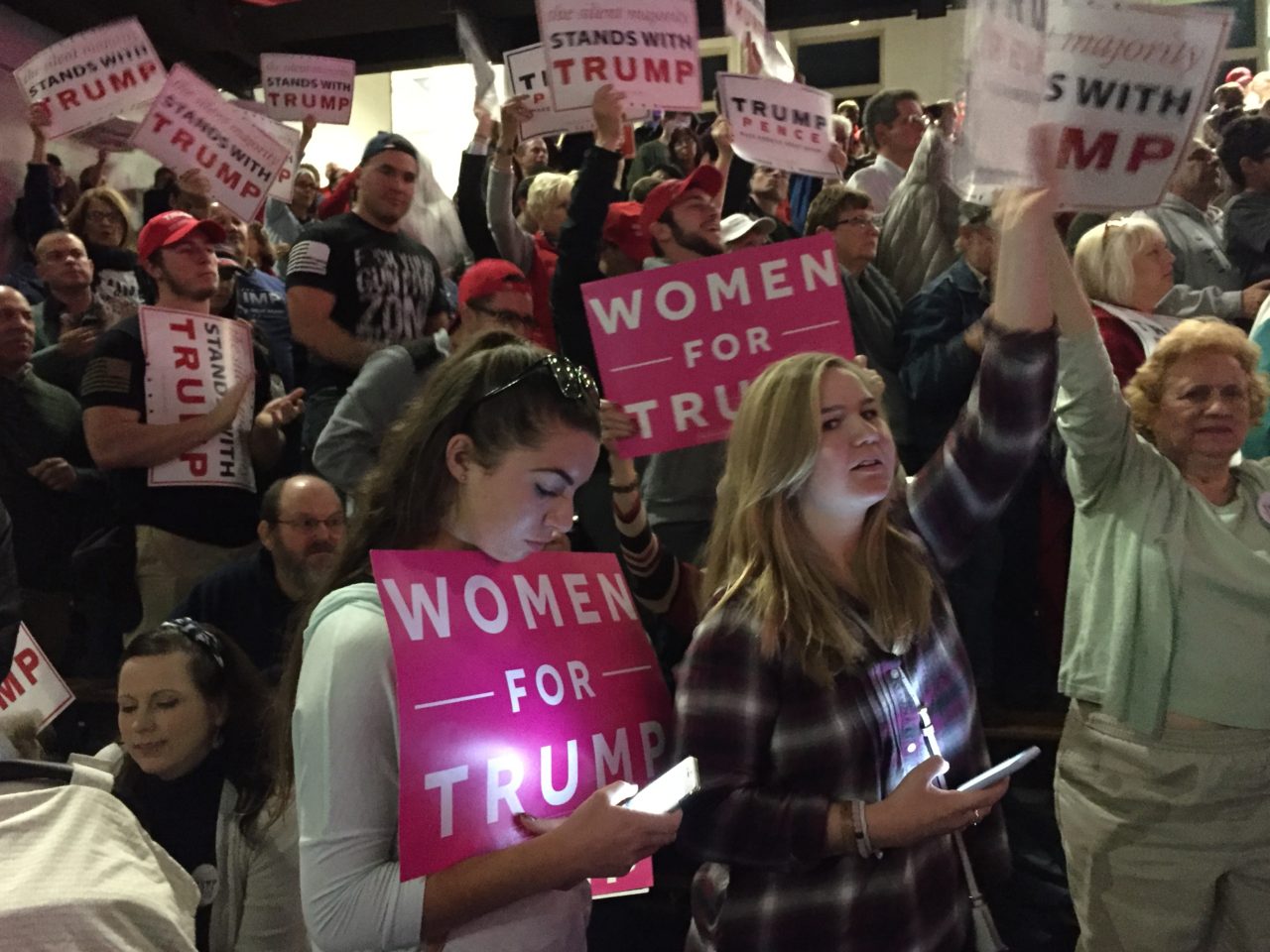 The noise was deafening at times, and the mood rowdy and electric. It was a peaceful and orderly rally, however, with many children in attendance.

Panoramic shot of #Trump rally in #Scranton #Pennsylvania – packed to the rafters pic.twitter.com/oDjXBu24ui

Three-month-old Jameson Klitsch came dressed by his parents in a short that read “Adorable Deplorables.”

His father told Breitbart News that he believed Trump could win the state.

“It’s about this guy,” he said, pointing to his son. 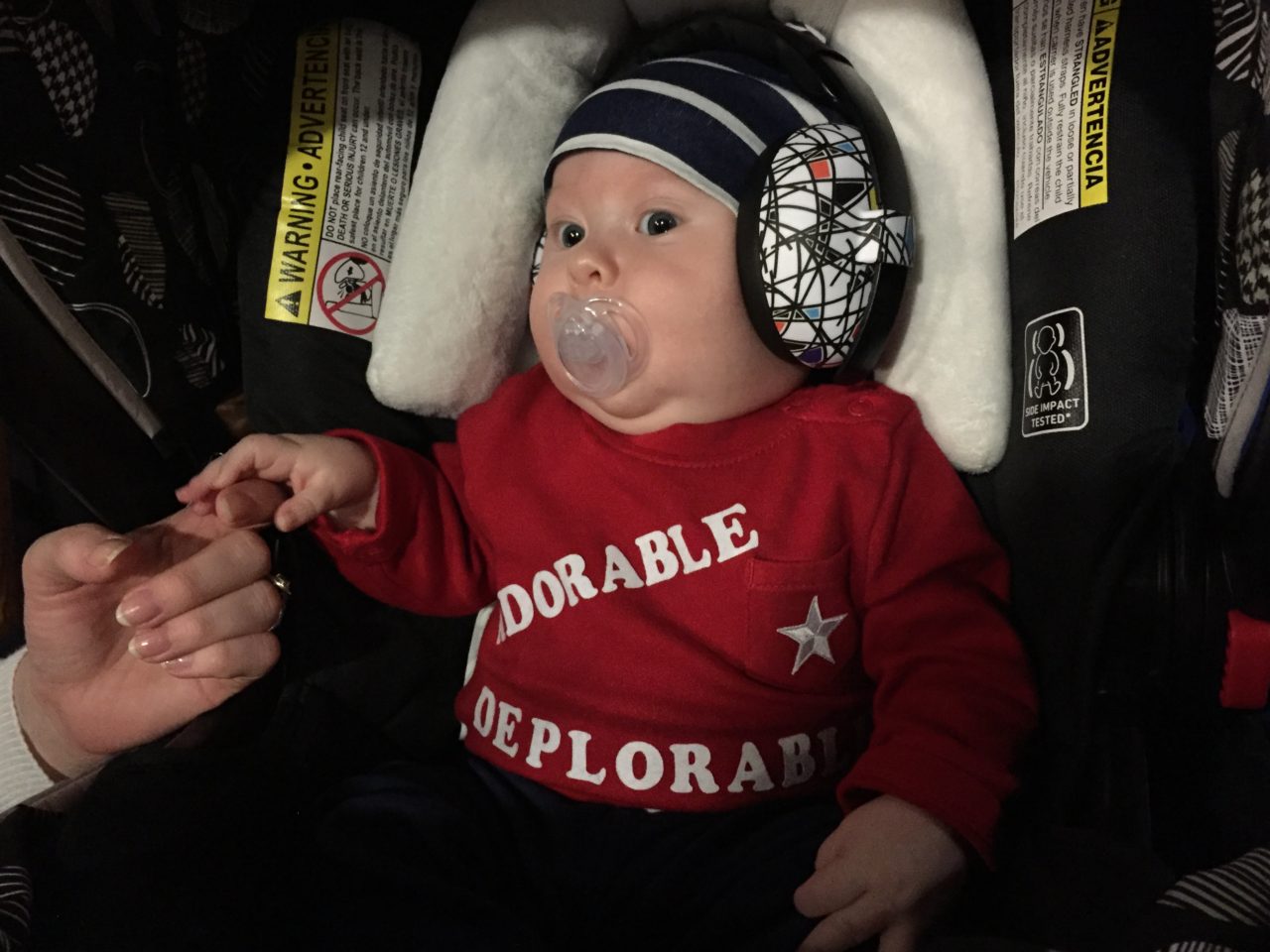 The only scuffle came among journalists in the media pen, as there was a fight for camera space on the riser. As the conflict drew wider attention, the crowd began chanting: “CNN sucks!”
(CNN was not apparently involved in the altercation.)

The chant was also repeated later, during Trump’s speech, when he attacked the “dishonest media.”

One man walked back and forth in front of the media pen the entire rally, holding a sign that read: “Her Lies Matter.” 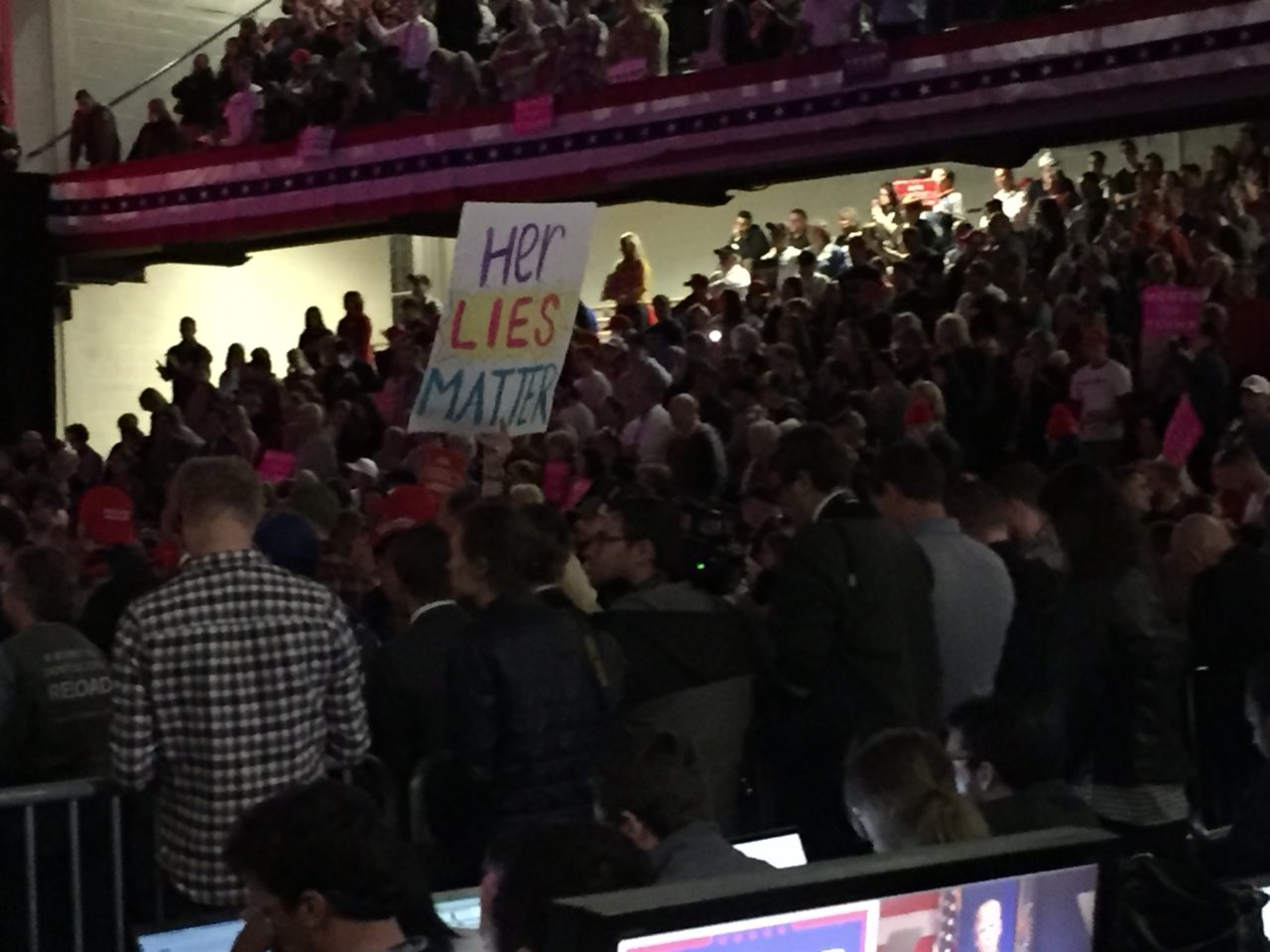 In the upper deck in the back of the hall, Trump supporters held up giant green letters that spelled “Drain the Swamp” across several rows of the arena.

Very hard to see in the low light but several rows at #Trump rally in #Scranton #Pennsylvania spell “drain the swamp” pic.twitter.com/ePpvonV9Kb

“Just like Cyrus was not an Israelite,” Johnson continued. “God used him to build the wall and restore Israel to its land. God is with this man.”

Trump will also hold rallies in Pennsylvania all day on Saturday — in Bucks County, Reading, and Butler.

The Scranton rally is scheduled to be his last in the state.