South Dakota Gov. Kristi Noem was in Washington, DC,  this past weekend with her husband, son, two daughters, and son-in-law, but the trip wasn’t related to politics or tourism. Noem was in town to accept Moms for America’s Mother of Influence award.

Kimberly Fletcher, founder and president of the non-profit, pro-family Christian organization cited Noem’s leadership in 2020 as the country faced the coronavirus pandemic. 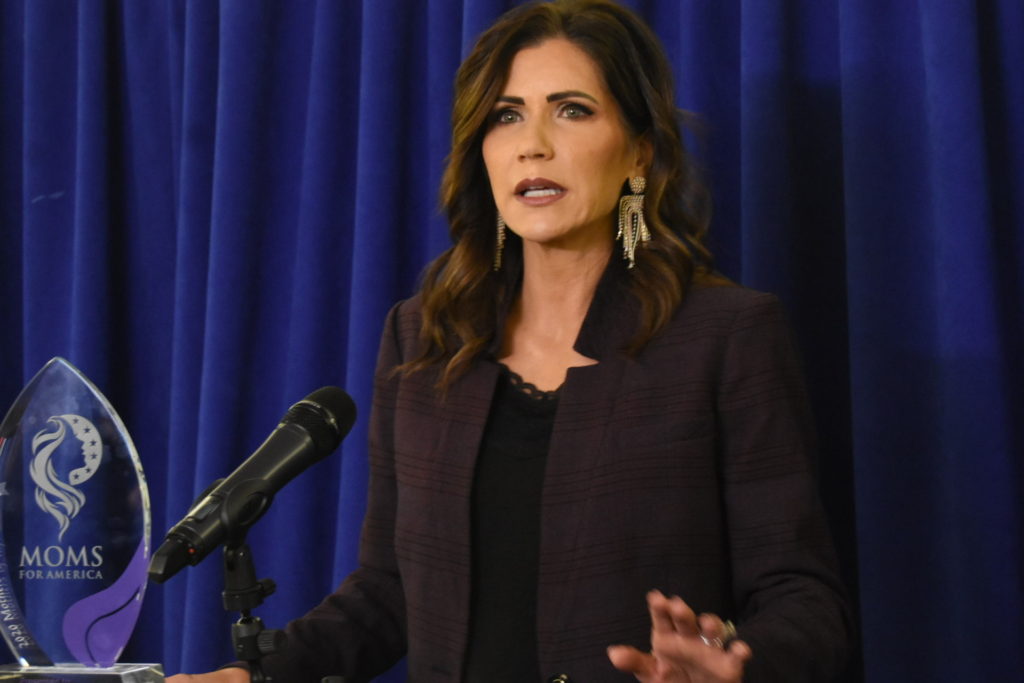 South Dakota Gov. Kristi Noem was given the Moms of America’s Mothers of Influence award on Sunday in Washington, DC. (Penny Starr/Breitbart News)

“She speaks truth,” Fletcher said in her introduction of Noem. “She actually follows the science that they keep telling us we should follow and she institutes policies that are going to promote freedom and … to actually fix problems instead of creating them.”

“We need more people who will stand up for truth, for freedom, for family and be that common sense voice that we need,” Fletcher said.

Fletcher — and Noem — also praised Noem’s husband, Bryon, who has supported his wife’s political career in the South Dakota state legislature, the U.S. Congress, and as the first woman to head the state while raising two daughters, Kennedy and Kassidy, and a son, Booker.

“You know that man has to be awesome because she can’t do what she does without him,” Fletcher said.

Noem also said her children — now 18, 23, and 26 — are a “testament” of her husband’s devotion to the family and that they are her greatest accomplishment.

“I tell people all the time — my legacy will be my children,” Noem said.

Fletcher said that her organization is dedicated to mothers such as Noem, who all across America have tremendous influence in shaping the future of the country. She cited Matthew Vassar, who founded the Vassar College for women in 1861.

“He said he did so because he realized that the mothers of the country molded citizens, determined its institutions, and shaped its destiny,” Fletcher said.

In her remarks, Noem said her “cowboy” father taught her a work ethic and to be a problem solver and her mother helped her overcome her insecurity as an overweight, shy teen by building her faith in God’s love for her.

Noem shared that her father died in an accident at 49 when she was only 22 and pregnant with her first child. She dropped out of college to help with the family’s farming operation and was inspired to get into politics when inheritance or death taxes threatened the grieving family’s security.

“It made me angry,” Noem said. “Because I could not believe that we would have a tragedy in our family and then all of a sudden the federal government would come forward with a policy that would threaten taking our family business away.”

Noem said she was raised and is raising her own children to be self-sufficient.

“And really what our job is as mothers is to prepare them for life,” Noem said. “And the way that we do that is by letting them go through some hard times. Making them figure things out a little bit by themselves. Encouraging them but also making sure we’re allowing them to become those problem solvers that we need.”

Noem said she was “honored” to get the award.

“This is probably the most special reward I’ve ever received,” Noem said. “Because I love my family. When I ran for governor it as on building strong families. It was about South Dakota could be an example to the nation and we could do that by focusing on strong families.”

“Because that really is the foundation of this country,” Noem said. “So the fact that you would honor me in this way today means the world to me.” 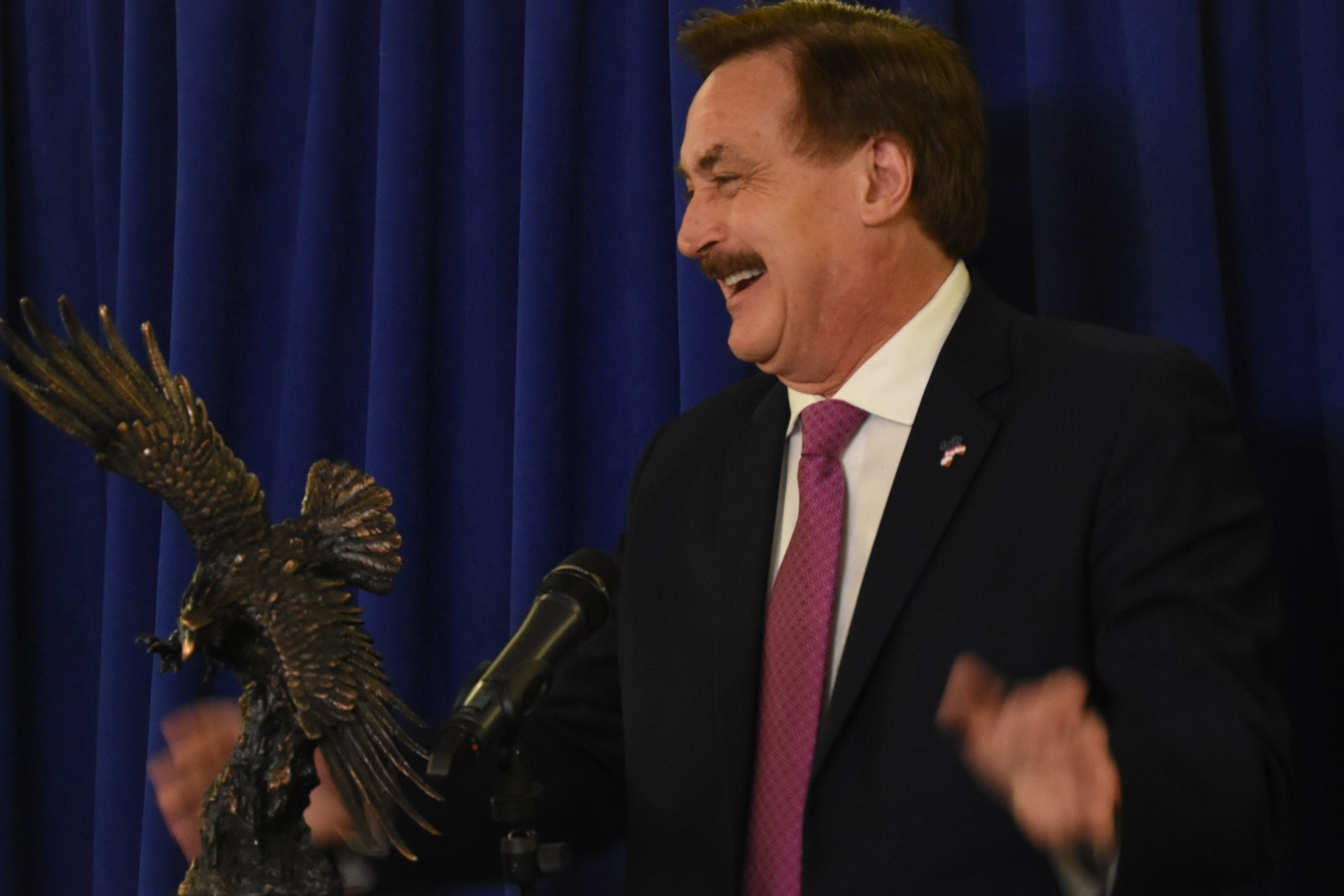 My Pillow CEO Mike Lindell was given the Moms of America’s courage award on Sunday in Washington, DC. (Penny Starr/Breitbart News)

Moms for America also honored Mike Lindell of “My Pillow” fame, who was given this year’s courage award for sticking to his support for President Donald Trump even when he was attacked for it.

Lindell talked openly about his struggle with addiction and how grateful he feels that his Christian faith is responsible for his overcoming it.

Aside from making pillows, Lindell also authored a book titled, What Are the Odds? From Crack Addict to CEO