Halie Soifer, the CEO of the Jewish Democratic Council of America, claimed Tuesday that Ambassador Richard Grenell had “emboldened actual neo-Nazis” — and she was promptly met by criticism from Jewish leaders and conservatives.

Grenell has served as U.S. Ambassador to Germany, playing a crucial role in pushing Europe to isolate Iran and to declare Hezbollah a terrorist organization, among other achievements. He also served as Acting Director of National Intelligence, becoming the first LGBTQ American to be appointed to a Cabinet role.

Soifer tweeted: “Today, Trump appointed Richard Grenell to the Holocaust Memorial Council. As US Amy to Germany, Grenell sought to ’empower’ far-right parties & anti-establishment conservatives in Europe. Others have been unqualified, but he’s emboldened actual neo-Nazis.”

Today, Trump appointed Richard Grenell to the Holocaust Memorial Council. As US Amb to Germany, Grenell sought to "empower" far-right parties & anti-establishment conservatives in Europe. Others have been unqualified, but he's emboldened actual neo-Nazis.https://t.co/ipqZzvZVzt

Soifer linked to an article by the BBC in which Germans were described as having criticized Grenell for comments on the success of conservative parties across Europe.

Grenell made his comments in an interview with Breitbart News. He said: “I absolutely want to empower other conservatives throughout Europe, other leaders. I think there is a groundswell of conservative policies that are taking hold because of the failed policies of the left.”

He never supported far-right parties, nor did the BBC interview mention “neo-Nazis.”

Several individuals and organizations responded to Soifer’s false accusation, asking her to retract and apologize.

Simon Wiesenthal Center is proud to have worked with him and other devoted US diplomats in Germany and across Europe to combat history’s oldest hatred. Anti-Semites and supporters of #Tehran were relieved to see him go.

Hello @HalieSoifer, this is @RichardGrenell at Auschwitz in May 2019, leading the first-ever U.S. delegation to the March of the Living, photo taken by me. You should retract at the very least, and apologize if you’re inclined to help and not just abuse the Holocaust for politics https://t.co/GKRgljGb5q pic.twitter.com/xGtEWXcdJu

Remember when @RichardGrenell stood shoulder-to-shoulder with the Jewish community in Germany when their own government told them not to wear their kippot?

Not only did Grenell voice his support for German Jews, he wore a kippah in solidarity. https://t.co/haqt5ViFu0

In 2019, Grenell helped lead the first-ever official U.S. government delegation to the March of the Living, an annual Holocaust commemoration in Auschwitz and Birkenau. Breitbart News interviewed him at the infamous death camp:

“For me, this is just deeply moving and really hard to deal with,” Ambassador Grenell told Breitbart News as he walked through the museum at Auschwitz.

“I can’t stop thinking about the individual faces and the stories, what they were thinking in this moment.” 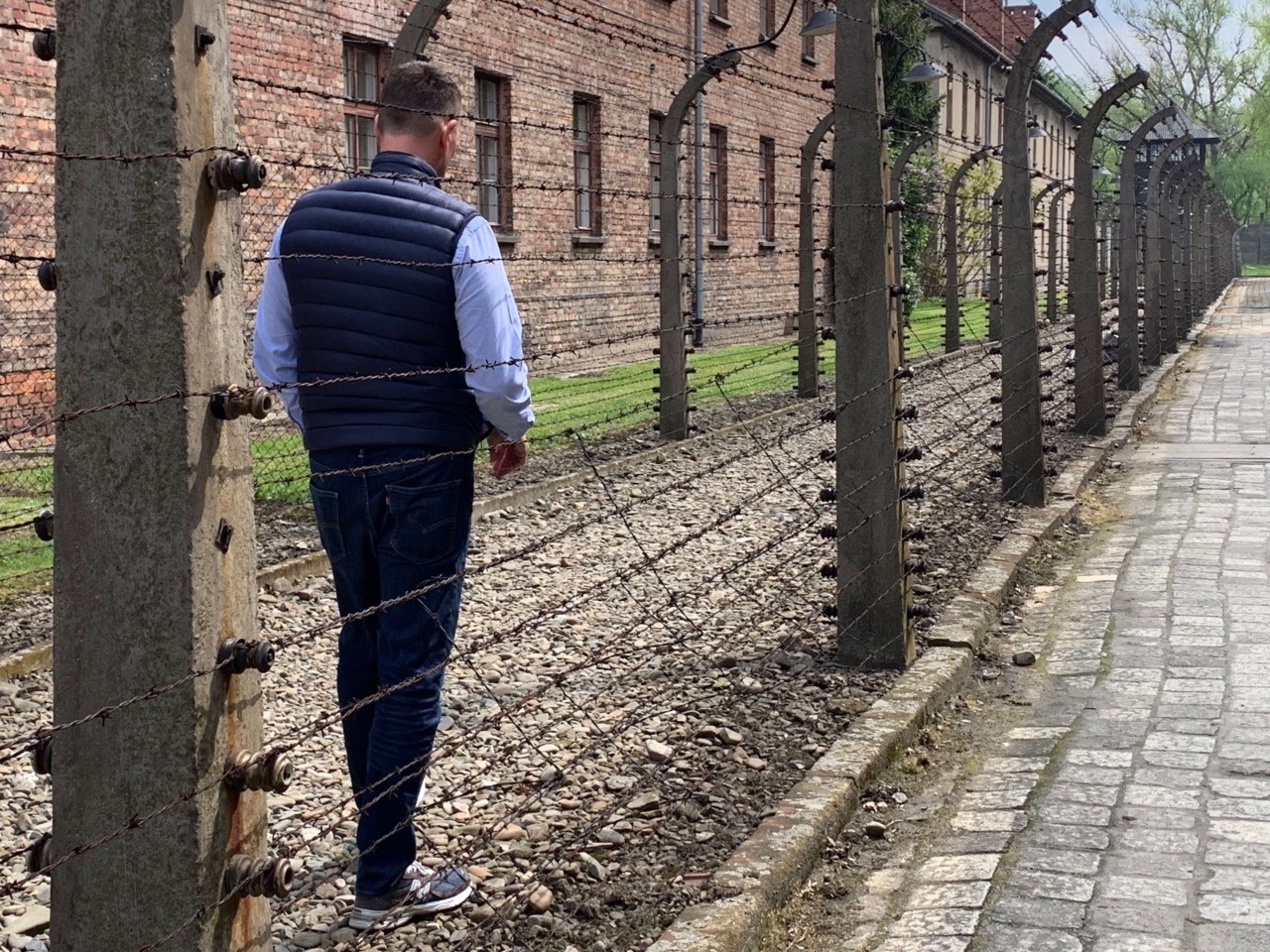 In response to criticism of her comments, Soifer blocked many of her critics, including Grenell himself, on Twitter.

. @haliesoifer was following me today until she got massive pushback for her offensive tweet. She now blocks me. Lol. #reckless https://t.co/HKgLEynFVG pic.twitter.com/VGxHtrNqPZ

Soifer attempted to defend her comments on Wednesday, falsely claiming that Grenell had supported “far-right populists.”

Some are unhappy I questioned Ric Grenell's appointment to the Holocaust Memorial Council.

The head of the German Jewish community was concerned about Grenell's call to "empower" far-right populists, which include antisemites, because it endangered Jews.https://t.co/LC2yYa93Wf

Grenell responded indirectly to that claim, noting that he had “never empowered the far-right”:

This is a lie. I’ve never empowered the far-right. As a gay conservative, it’s offensive. The embassy policy was MY policy. I created it. Stop pushing fake news.

In September, the Anti-Defamation League (ADL) criticized Soifer’s organization for abusing the memory of the Holocaust by attempting to compare the U.S. under President Donald Trump in 2020 to Nazi Germany under Adolf Hitler in the 1930s:

The video from @USJewishDems is the latest in growing references to Hitler, Goebbels or other Nazi leaders. This has no place in the presidential race and is deeply offensive to the memories of 6M+ Jews systematically exterminated during the Shoah. https://t.co/pvO89COrI6

Soifer’s Twitter profile identifies her as a former national security advisor for Vice President-elect Kamala Harris, as well as a former “senior policy advisor” in the Obama administration.

In 2017, outgoing President Barack Obama named national security aide Ben Rhodes to the Holocaust Memorial Council. Rhodes had led efforts to negotiate a nuclear deal with the antisemitic Iranian regime, and had pushed anti-Israel policies, leading to widespread criticism of his appointment.

Joel B. Pollak is Senior Editor-at-Large at Breitbart News and the host of Breitbart News Sunday on Sirius XM Patriot on Sunday evenings from 7 p.m. to 10 p.m. ET (4 p.m. to 7 p.m. PT). His newest e-book is Neither Free nor Fair: The 2020 U.S. Presidential Election. His recent book, RED NOVEMBER, tells the story of the 2020 Democratic presidential primary from a conservative perspective. He is a winner of the 2018 Robert Novak Journalism Alumni Fellowship. Follow him on Twitter at @joelpollak.