A group of conservative activists carried out a protest against Bed Bath & Beyond store in Larkspur, California, on Tuesday after the chain store dropped MyPillow products over founder Mike Lindell’s criticism of the 2020 election.

Activists shopped throughout the store, filling up their carts — then abandoned them, leaving notes behind criticizing Bed Bath & Beyond for being part of the “cancel culture,” and urging the chain to re-stock Lindell’s popular products. 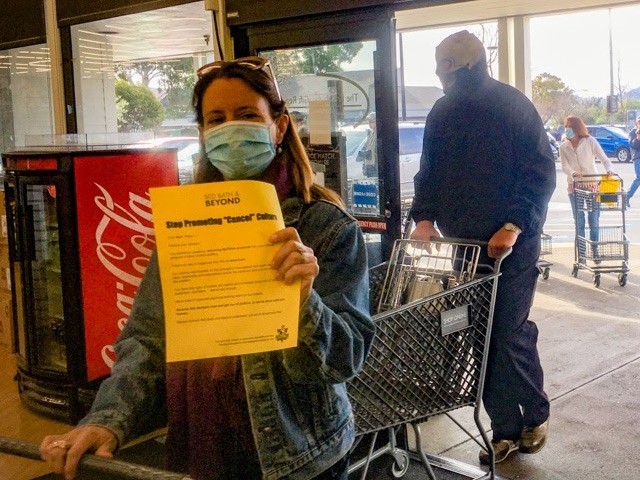 The activists are part of the Media Action Network, founded by former Fox News executive Ken LaCorte. A reporter from the San Francisco Chronicle was reportedly in attendance.

In a statement, the group said:

The Media Action Network has launched a Basket Boycott and petition against Bed Bath & Beyond after it announced it was pulling MyPillows due to CEO Mike Lindell’s politics.

We’re encouraging patriots to visit their local Bed Bath & Beyond, fill up a shopping cart, then abandon it with our statement about free speech. And never shop there again until CEO Mark Tritton reverses his decision.

“This isn’t about pillows. It’s about the continual punishment of conservative speech,” said Media Action Network founder Ken LaCorte. “And we’ve had enough.”

“Every time we turn around, another conservative has been silenced under false pretences of ‘hate’ or ‘isms’ or the most recent offense-de-jour. We’re fighting back.”

LaCorte added that this was a form of “a peaceful protest that will create discomfort while preserving jobs and businesses.” He said it would be the first of many such actions.

Lindell has been a staunch supporter of former President Donald Trump, and argued earlier this month that the 2020 election was fraudulent.

He has since been removed from social media platforms.